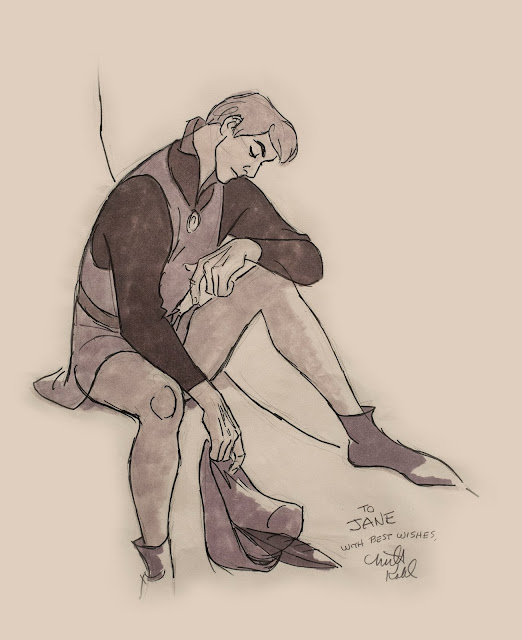 This is a sketch Milt Kahl did for a fan named Jane, a while after he had left Disney.
I remember Milt talking about a lady he was corresponding with, who thought that the sun rises and sets with his animation. Obviously flattery goes a long way, not only did Jane get a Kahl original, but a drawing of Prince Phillip, the character he had abhorred animating many years earlier.
This piece was offered at auction years ago, and I was lucky enough to pick it up.


Even in retirement you can see that Milt still had the touch. The human body simplified to perfection. One continuous line defines the Prince's back, from his neck all the way down to the knee. The other side of his torso is a contrasting straight line. There is something to be learned from every Kahl drawing, no matter at what stage in his career it was made.