Last Saturday I attended an outdoor screening of "Snow White and the Seven Dwarfs" in the heart of Hollywood, it was organized by the Academy of Motion Picture Arts and Sciences.
I was asked to introduce the film to an excited family audience.
When I raised the question who had never seen this movie before, I saw quite a few hands going up from little children and a few from teenage boys,
who -no doubt- accompanied their girlfriends to the screening.

What a great way to watch Snow White for the first time, on the big screen.

As the movie played along, and the seven dwarfs appeared on the screen, for some reason I thought of Ward Kimball, whose terrific Soup Eating Sequence had been cut from the film. It was eventually shown on a Disney TV show, but in cleaned up form.
When you study Ward's rough drawings though, you see the real genius behind the pencil.
There is an exuberance here, in the drawings and the animation. Which shows how much he got involved with the material. The squash and stretch is pretty extreme, but it really adds to the scene's appeal.

In the following rough keys Happy takes a sip of soup and then reacts rather strongly.
This is ONE beautiful scene, done by a very young animator. 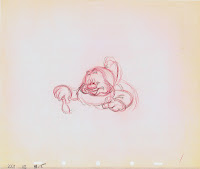 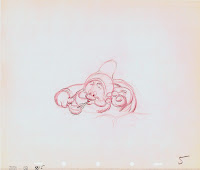 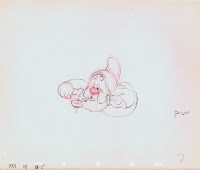 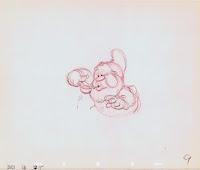 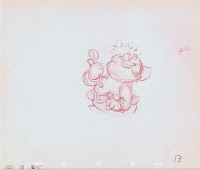 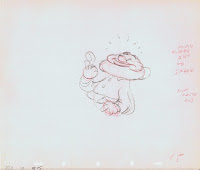 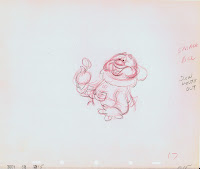 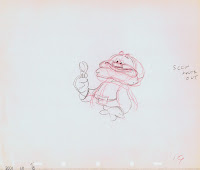 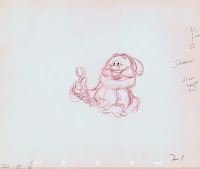 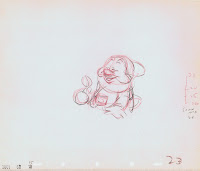 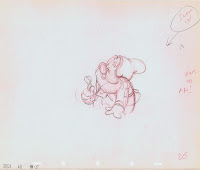 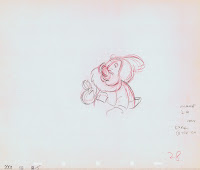 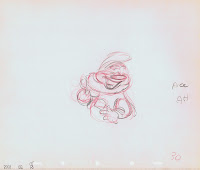 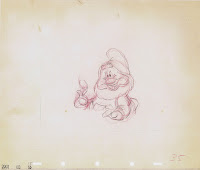 A few years later Ward is working on Casey Jr. for Dumbo. He also drew a model sheet of the train engineer, a caricature of himself.  That character didn't make it into the final film either….
But that's part of the animation process, not everything you draw will end up on the screen.
And I am speaking from experience  ; ) 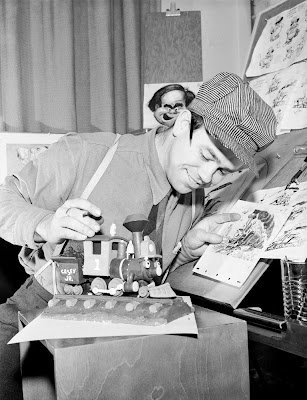 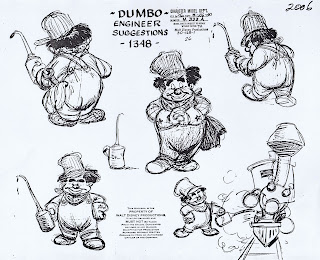