The King and The Royal Lackey

One more post about characters from Cinderella.
As I mentioned before, Milt Kahl designed and supervised the animation of the King.
I didn't know until recently that this character as well as the Duke were voiced by the same actor, Luis Van Rooten.
That's amazing to me since they both sound so differently, and in terms of acting one is mostly aggressive, the other one reactive. Just as amazing as Jim Cummings, who has been voicing Winnie the Pooh and Tigger for a while.

Here are a few original drawings that show Milt's animation process. At first his rough pass, loose unfinished sketches in color pencil. The emotion and acting is explored at this stage.
It's interesting to me that the character's pupils are not drawn in yet, this is somewhat typical for Milt's first pass. Eye direction is something very important even in this early stage of the process, I myself would need to indicate pupils here.
But when Milt ties his drawings down in pencil, like the third image, pupils are very clearly and unmistakably placed in the eyes. 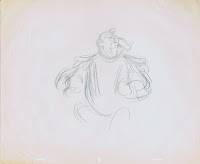 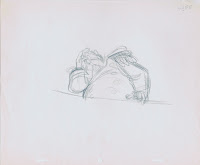 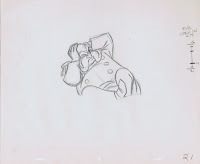 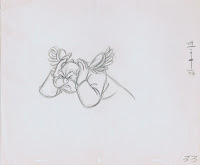 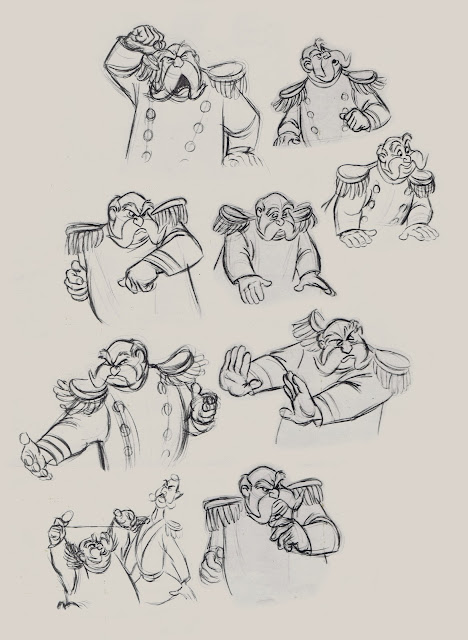 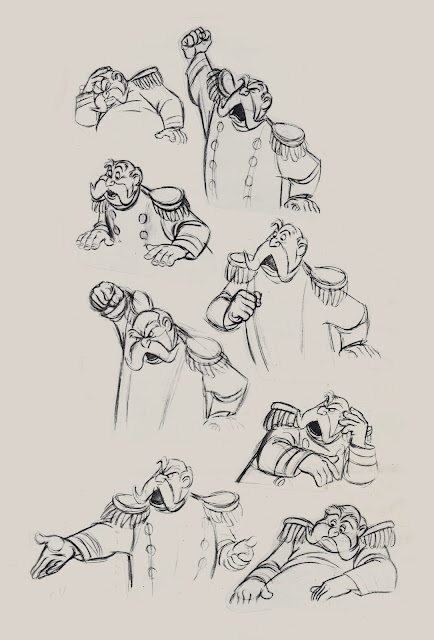 The Lackey's final design was set by Kahl as well. This first sheet though was drawn by a story artist (?), it shows a certain comedic type in rough form, but more refinement is necessary for animation. Milt of course used those ideas and in trying to plus the entertainment he emphasized the Lackey's overhanging upper lip and  his oversized coat.
Ollie Johnston made the character his own and animated him beautifully, as he is trying his best to fit the glass slipper on the ugly stepsisters. 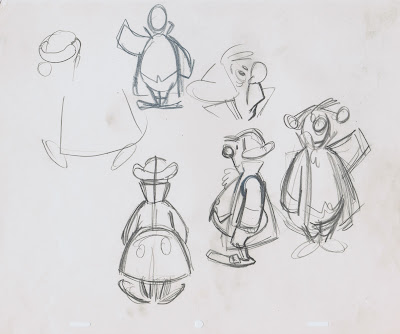 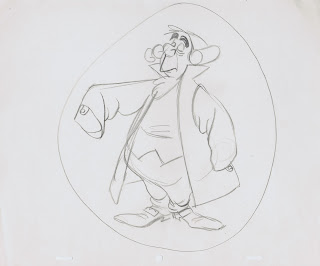 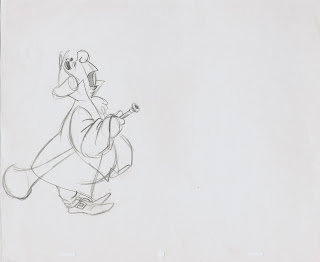 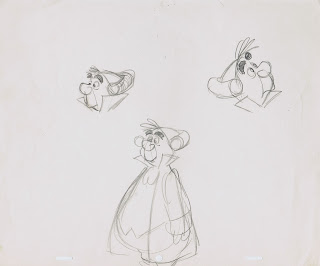