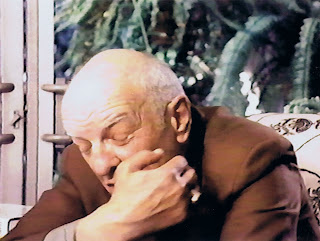 This is Milt Kahl as he reenacts a scene he animated, when Medusa affectionately embraces her alligators Nero and Brutus. It was filmed for a Disney Channel TV show from 1981 called "The Illusion of Life". The program promoted classic Disney Animation, Frank and Ollie's book with the same title and the release of The Fox and the Hound.
You can find it on YouTube, and if you watch very carefully, you will spot me in one short scene drawing Princess Eilonwy from The Black Cauldron, the upcoming epic from the studio. 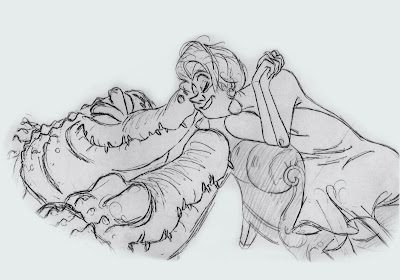 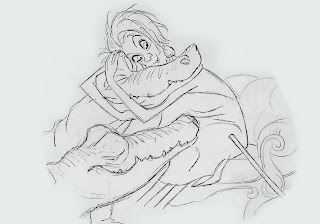