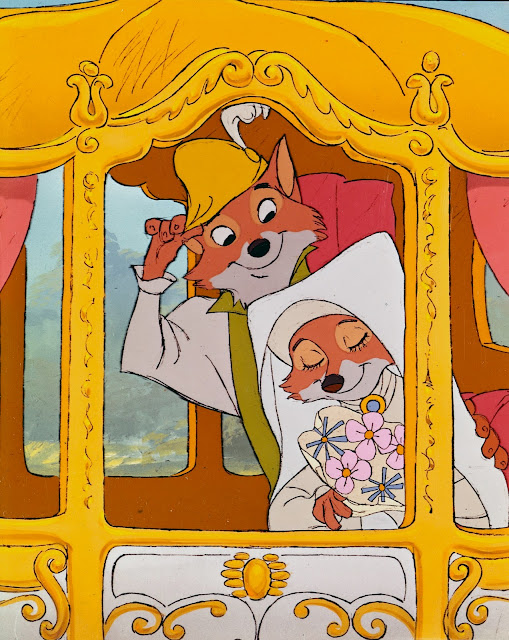 A lovely portrait of Robin Hood and Maid Marian from the ending of the movie. As so often with his characters, Milt drew Robin ever so slightly cross-eyed, which for some unbeknown reason actually adds appeal.
I am posting a 1973 newspaper article from the Dallas Times Herald, which originally appeared on Chris Sobienak's blog. So here Milt is in Dallas promoting the film, and talking to a bunch of journalists.

Writer Susan Barton doesn't quite know what to make of this outspoken Disney animator. For starters she confuses Milt's Tigger with Kellogg's Tony, the tiger...hysterical!
But as usual Milt speaks his mind about issues he faces at the studio, like the use of live action and a new book that had just been published, in which Walt Disney is portrayed in an unflattering light.
You can tell from his comments, that Milt had the utmost respect and admiration for his boss.

And where are those character drawings now...? 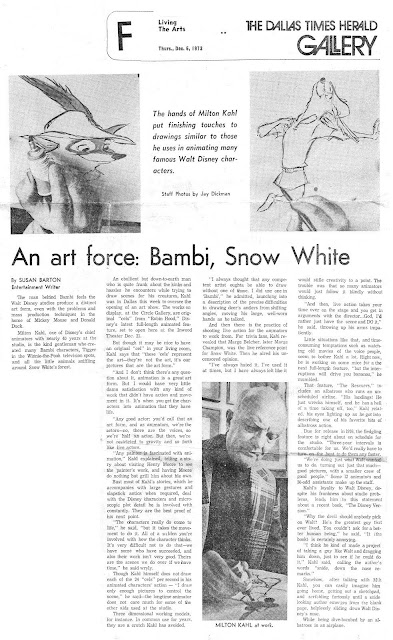