The clip starts right when Baloo sees Mowgli for the first time. He notices the kid sitting on the ground and reacts to something he's never seen before in the Jungle.

This animation assignment represents a strong creative comeback for animator Ollie Johnston, who recovered from an illness in the early 1960ies. There is no doubt whatsoever who this bear is, after only a few scenes Ollie nails the character.  Spectacular body language and brilliantly timed acting.
Frank Thomas takes over when Mowgli turns away from Baloo: "Leave me alone!"
This encourages the bear even more to cheer up the kid and to make him feel better.
It's time he learned to fight like a bear and roar like a bear. The beginning of a beautiful friendship.
Frank's Baloo feels a little heavier than Ollie's, but the difference is only slight, and audiences would never notice. The acting is so consistently great from one animator to the other that it feels like one mind is behind this sequence.

Milt Kahl gave Frank and Ollie a hand with a few refined drawings that added appeal and helped to solidify the design of both characters.

Long live hand drawn character animation, an art form led by American artists for 100 years. We'll see where this medium will go from here and where it will be cherished and renewed. 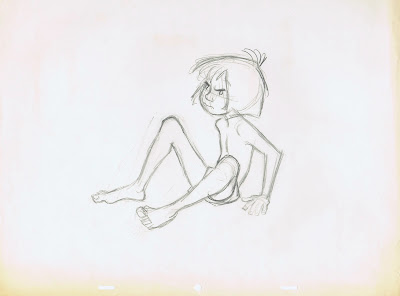 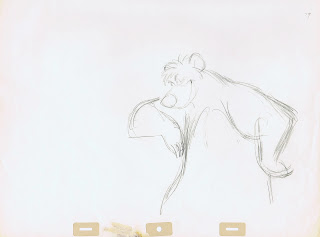 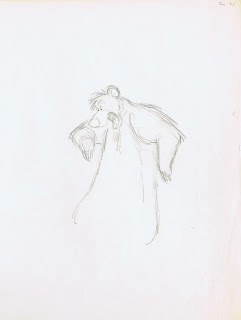 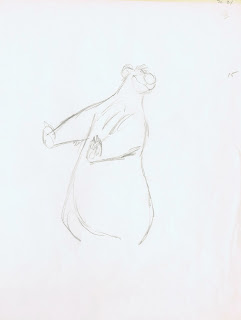 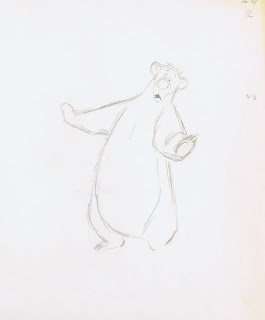 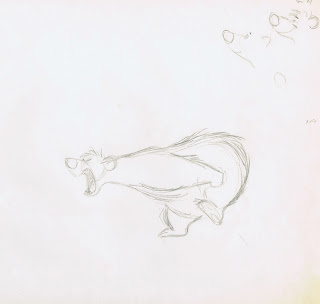 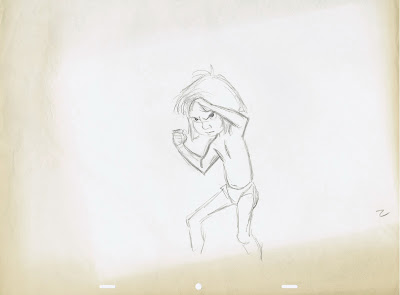