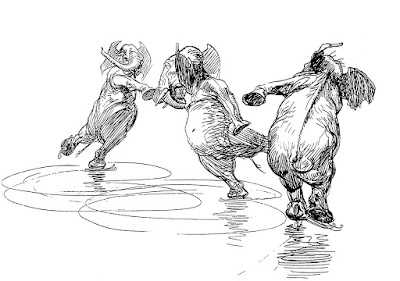 It is no secret that the art of German Illustrator Heinrich Kley had a profound influence on Disney's Fantasia. Before the film went into full production, the head of the character model department, Joe Grant, showed Walt Disney newly published sketchbooks by the German artist. Walt was as exited as Joe about the potential for bringing elephants, alligators and hippos to life inspired by Kley's sensational drawings. 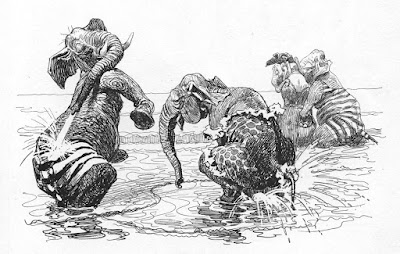 Kley's depiction of anthropomorphic animals is very realistic, yet entirely believable. If elephants could really ice scate or enjoy a day at the beach, it would look like this.
However in preparing models for animation some of the complex realism had to be compromised in order to give animators simplified forms and shapes which could be controlled 24 frames per second.
Disney artists enjoyed this assignment so much, the Dance of the Hours turned out to be one of the best things the studio has ever done - according to Ward Kimball. I couldn't agree more. 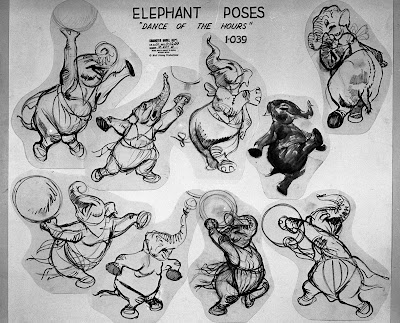 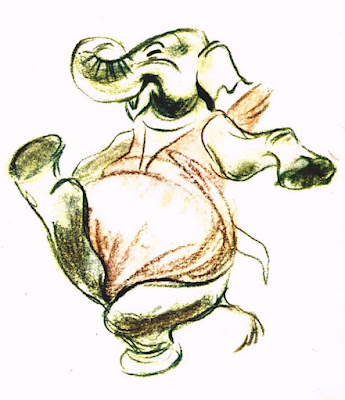 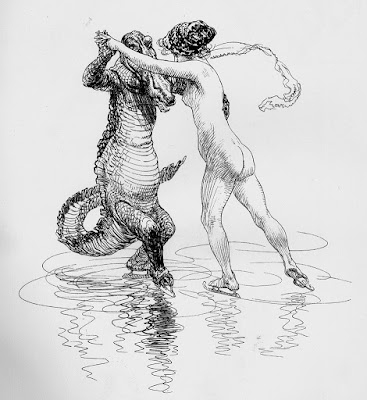 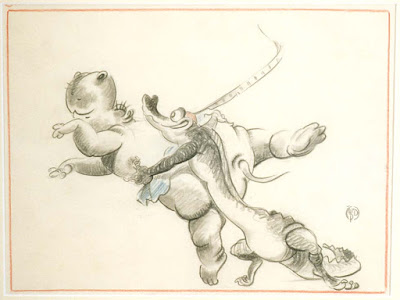 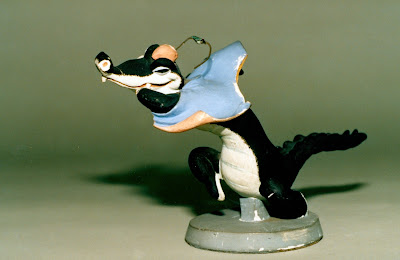 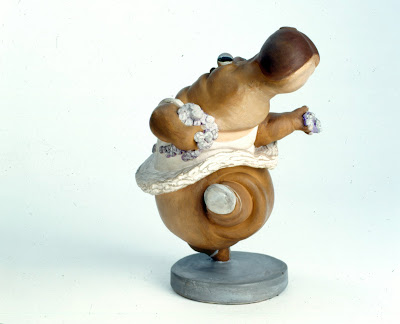 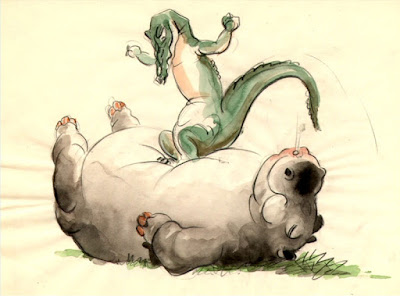 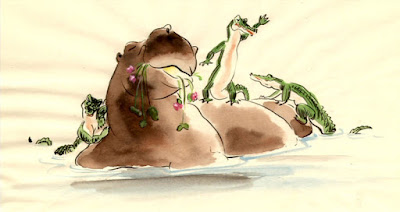 This scan of a Kley original from a previous post falls into the Fantasia category: