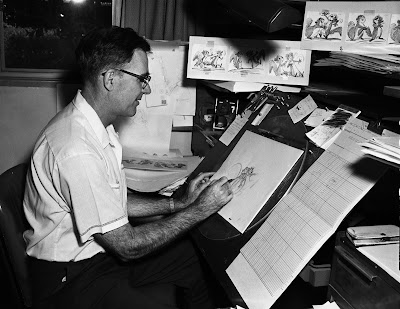 Let's stay with "Sword in the Stone" for a moment.
Juan Alfonso asked to see some squirrel sketches from this film, so here they are.
Frank Thomas was very fond of the squirrel sequence, and after he had passed away this section from the film was shown at his memorial.
It is a bitter sweat moment in the movie, when the girl squirrel falls in love with somebody who turns out to be a human. After she flirts with Wart as a squirrel, her disappointment is so devastating when she finds out he is a human. It breaks your heart.
This kind of emotional material is what Frank handled so well, in many films.
By contrast, one day I was surprised to see Frank in his back yard squirting water
at some squirrels, they apparently were causing a big mess behind his house.
I gave him a hard time about it.
Bill Peet storyboarded this sequence, and with Frank's acting it became another animated masterpiece. 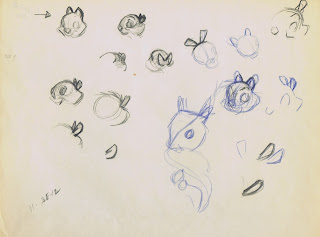 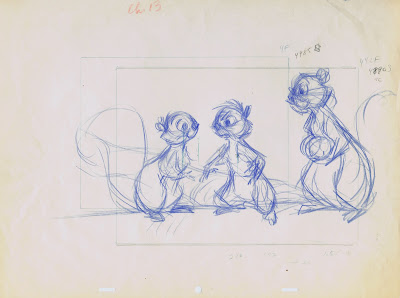 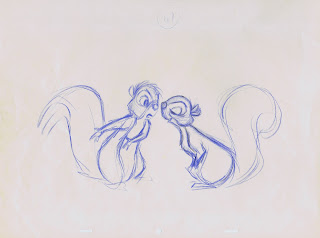 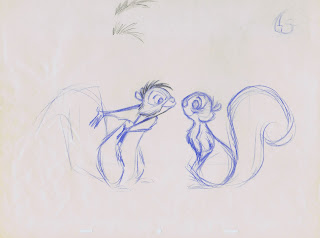 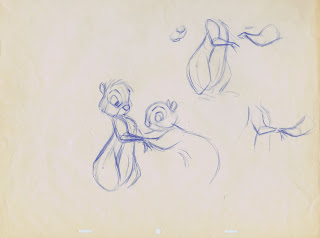 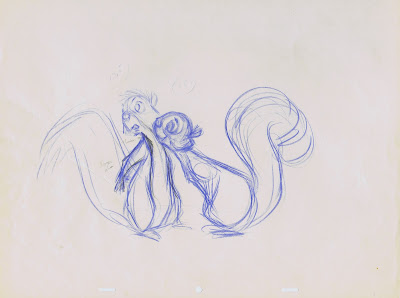