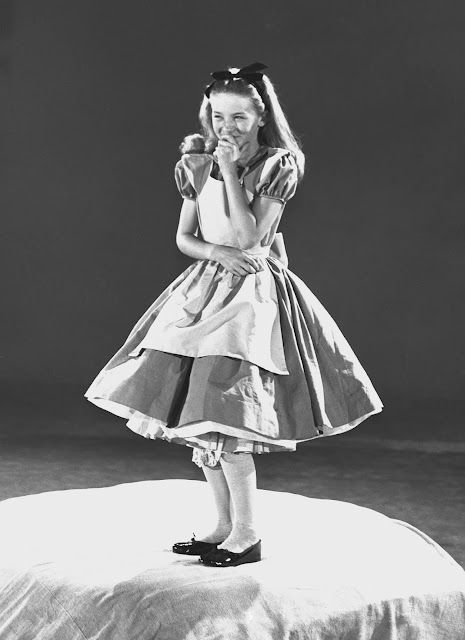 …and if you don't think this is the most adorable photo you've seen in a long time, I really can't help you.
It looks like Kathryn Beaumont is cracking up at something that happened on the set. I don't believe this is a photo stat image provided to the animators for live action reference.
Kathryn is standing on a mock up giant mushroom. This is the sequence for which Milt Kahl animated his first few scenes of Alice.
He recalled years later: " Yeah, that's a cute litte Alice I did there. Unfortunately for much of the picture (when other animators took over) she doesn't look like this, and I know I could have done those scenes a whole lot better !" 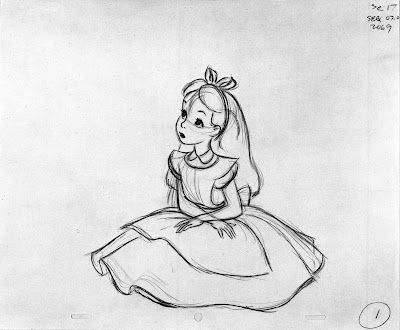 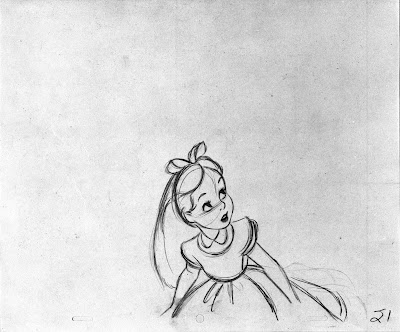 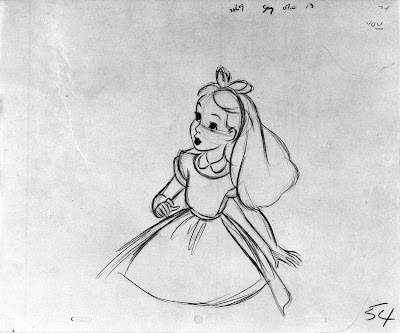 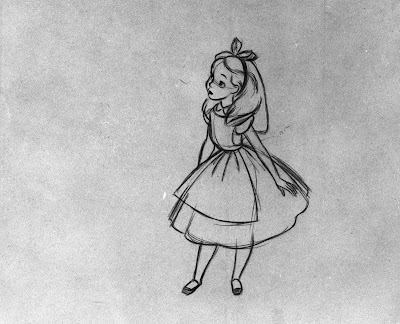