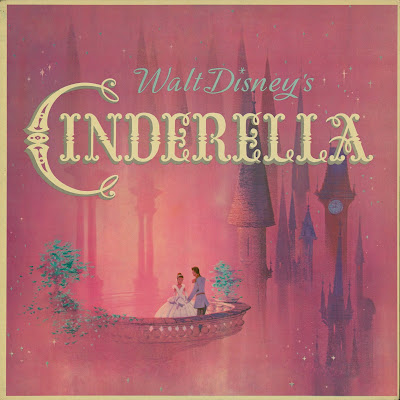 A few pieces of art from the sixty-six year old Cinderella, a film whose success saved the Disney Studio.
The artwork above was done for a record album.You'd think that salmon pink as a base color might not look good, but it sure does here. The more obvious choice would have been a night blue.

A beautiful clean up drawing from an Eric Larson scene. Even if you had life action reference as a guide for the animation, this type of realism is VERY HARD to draw!! 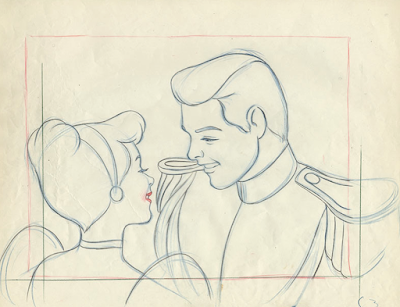 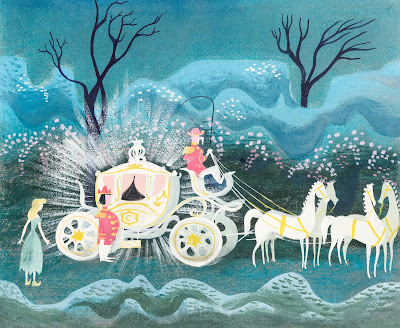 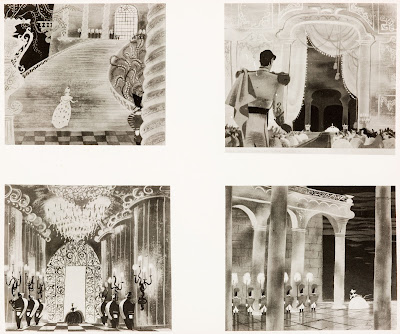 I am not sure if this is her work as well, it might be by John Hench. 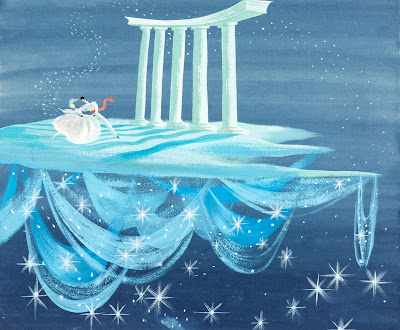 A cel from the Sweet Nightingale song sequence. A great example of reducing the complex human body to very simple, animatable forms. 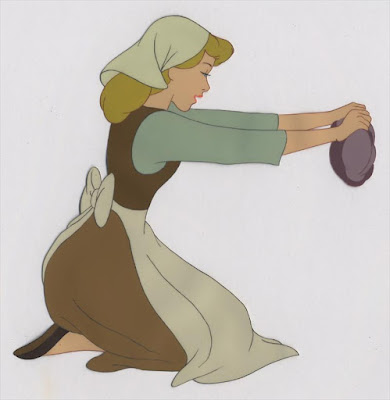 Again, a very simple background, yet so effective. 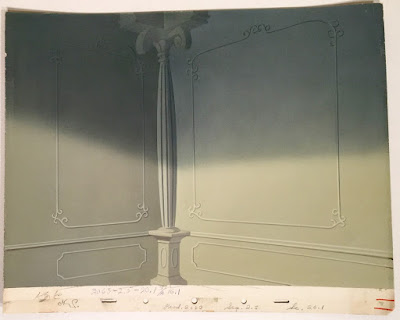 Actress Helene Stanley acts out a scene in which she is entering an imaginary coach that will take her to the ball. I don't know the name of the actress who plays the Fairy Godmother.
The following film still is from the same scene. 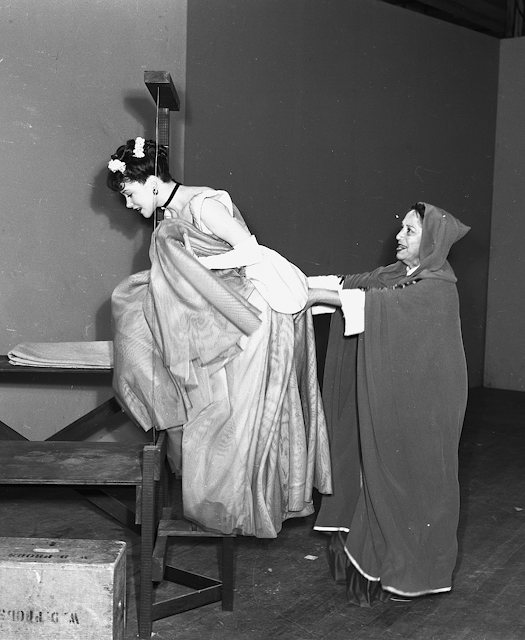 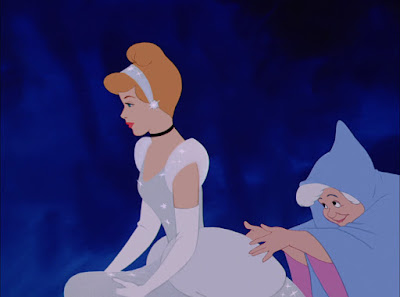