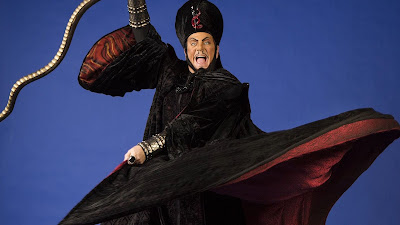 Two friends of mine are currently part of the the enormously popular universe of Aladdin "On Stage".
Jonathan Freeman is the first and only actor who voiced a Disney animated villain and then went on to portray the role on stage.
I loooved animating to Jonathan's voice, and he is dynamite in the Broadway show. If you anywhere near New York, treat yourself to a fantastic evening.

A different, non Disney production of Aladdin is happening right now in Paris. My friend Alexis Loizon plays the title character. Here is a group shot with the main cast, Alexis is the one with the six pac abs....in case you wondered.
Our Disney connection is actually Beauty and the Beast. Alexis played a forceful French Gaston in the Disney stage production of La Belle et La Bete.
I am thrilled that he will also appear in Disney's upcoming live action movie Beauty and the Beast, not as Gaston though. Stay tuned! 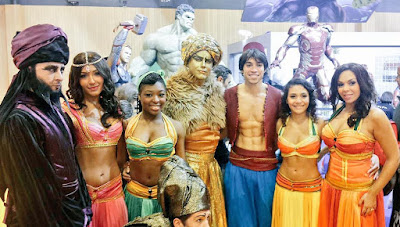 Alexis getting ready to hit the stage. 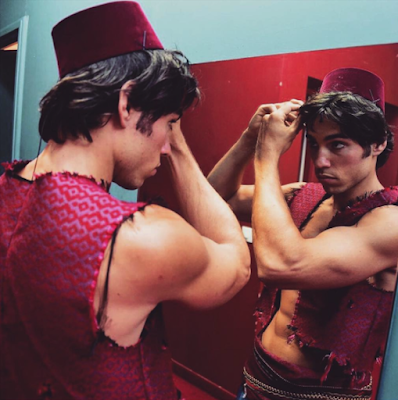 Posted by Andreas Deja at 11:39 PM No comments: