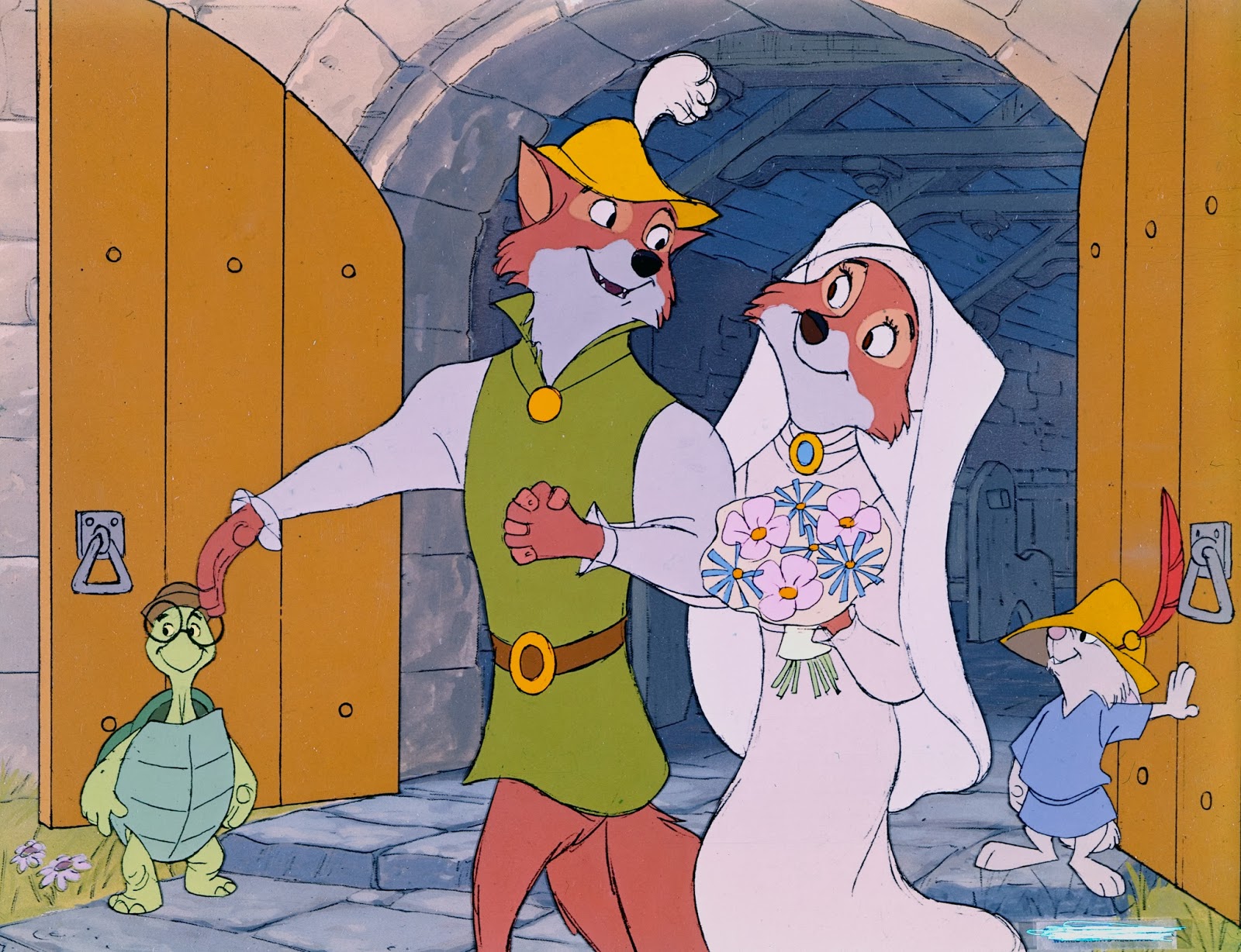 Somehow this wedding scene with Robin Hood and Maid Marian reminds me of Milt and his late wife Julie. When I met Milt for the first time in Marin County near San Francisco he had just gotten married to Julie. He was very much in love with her, and even told me how they met in a library, love at first sight. Here was this titan of an artist showing his tender side. Originally Julie had no knowledge of Milt's background at all, she just loved him for who he was.
They both enjoyed going to the San Francisco ballet, as well as watching movies including the Disney classics in theatrical re-runs. Julie was unfamiliar with most of them. During one of my visits  she mentioned that they had just watched 101 Dalmatians, and how much she enjoyed Marc's Cruella De Vil. Milt responded with a smile: "Now, honey, you haven't seen Medusa from The Rescuers yet."


The two would spend ten happy years together before Milt passed away in April of 1987. 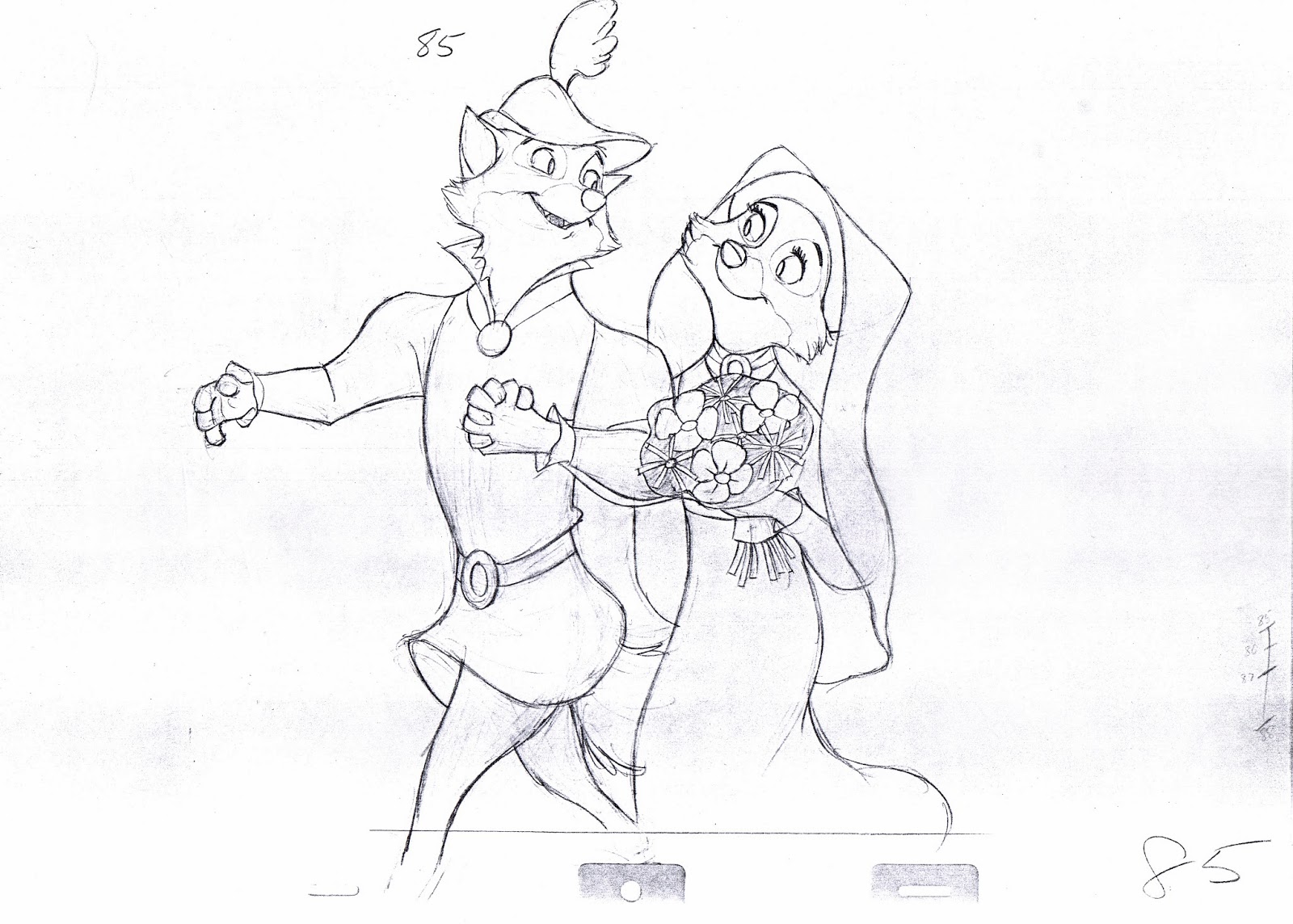 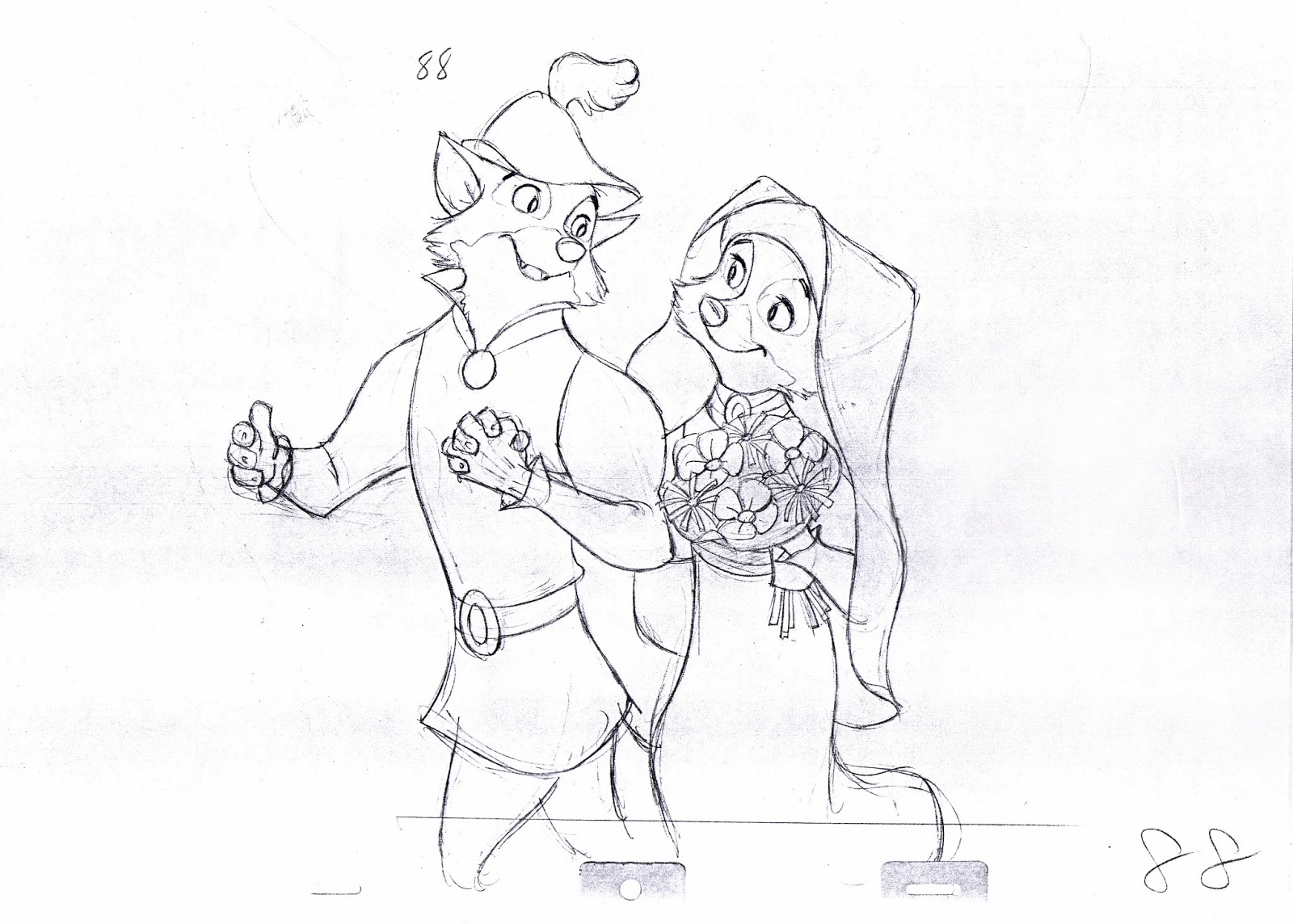 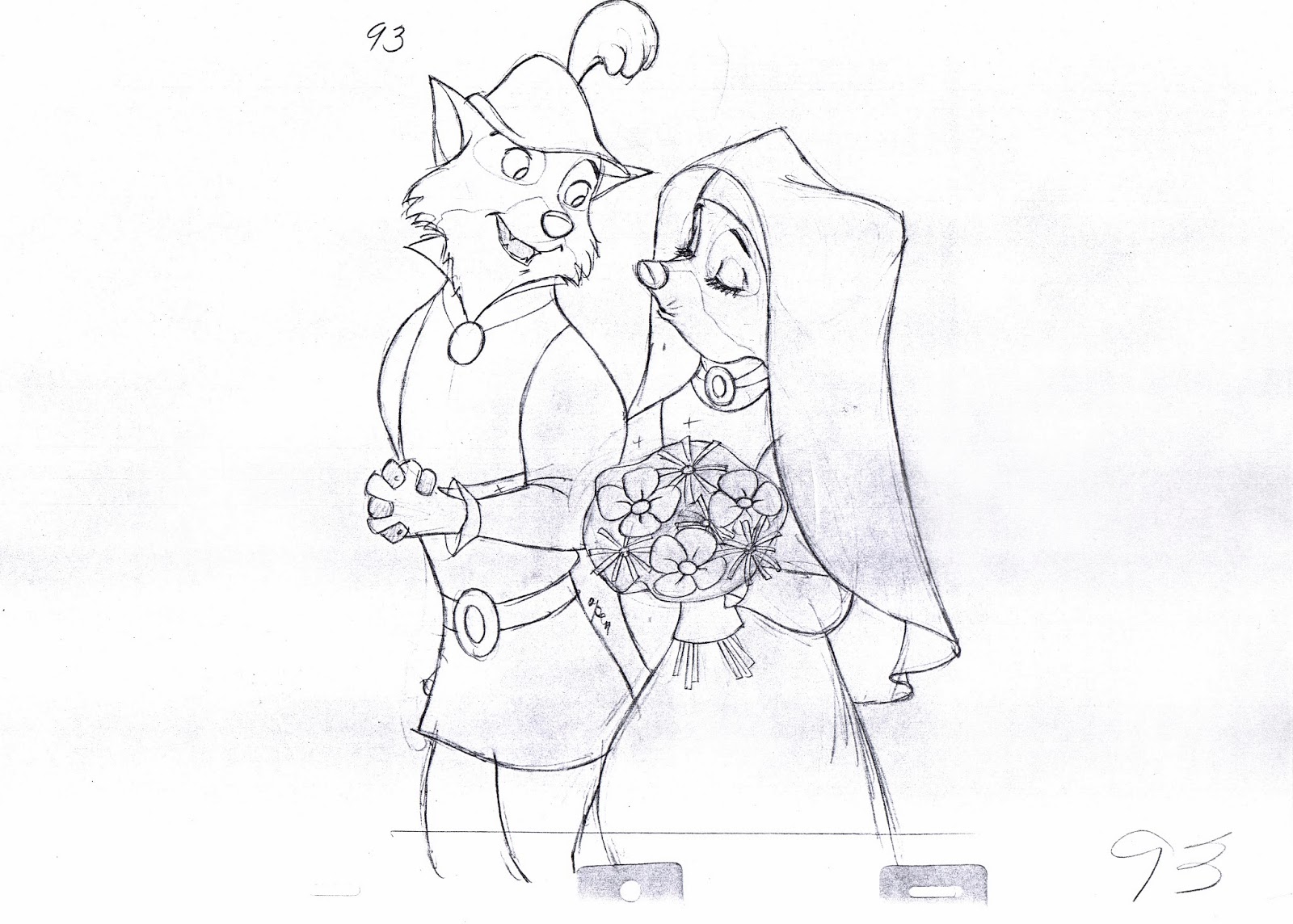 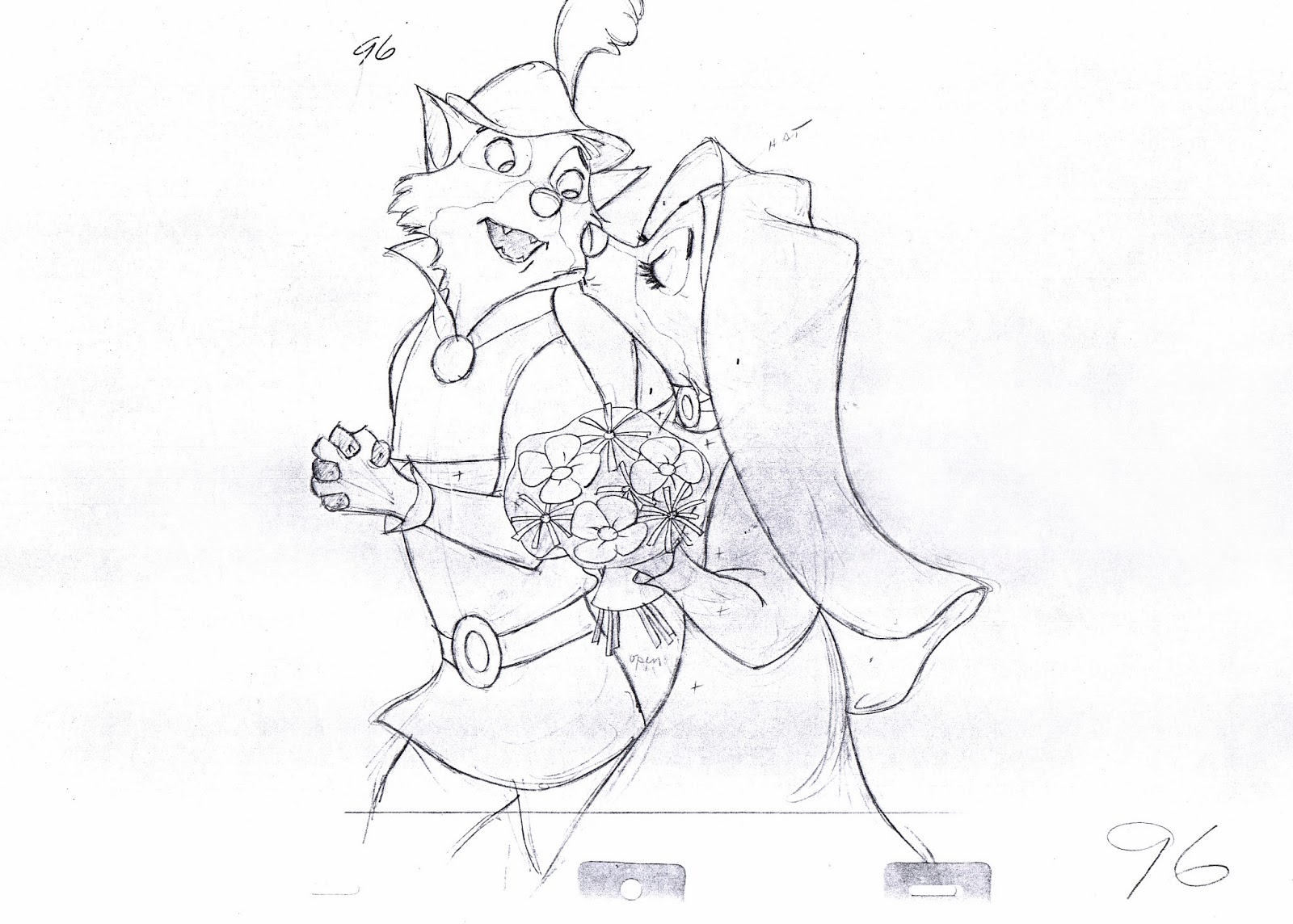 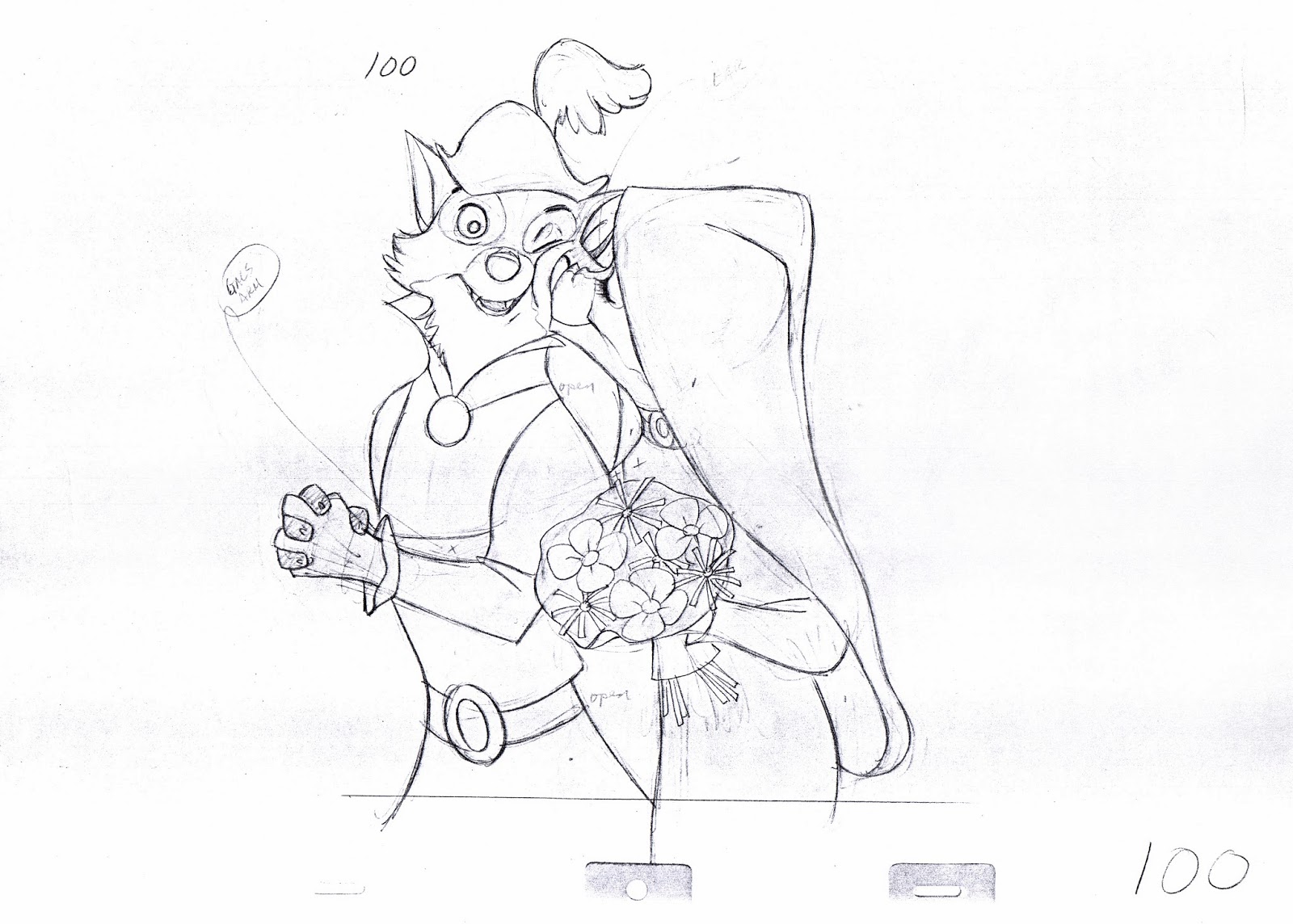 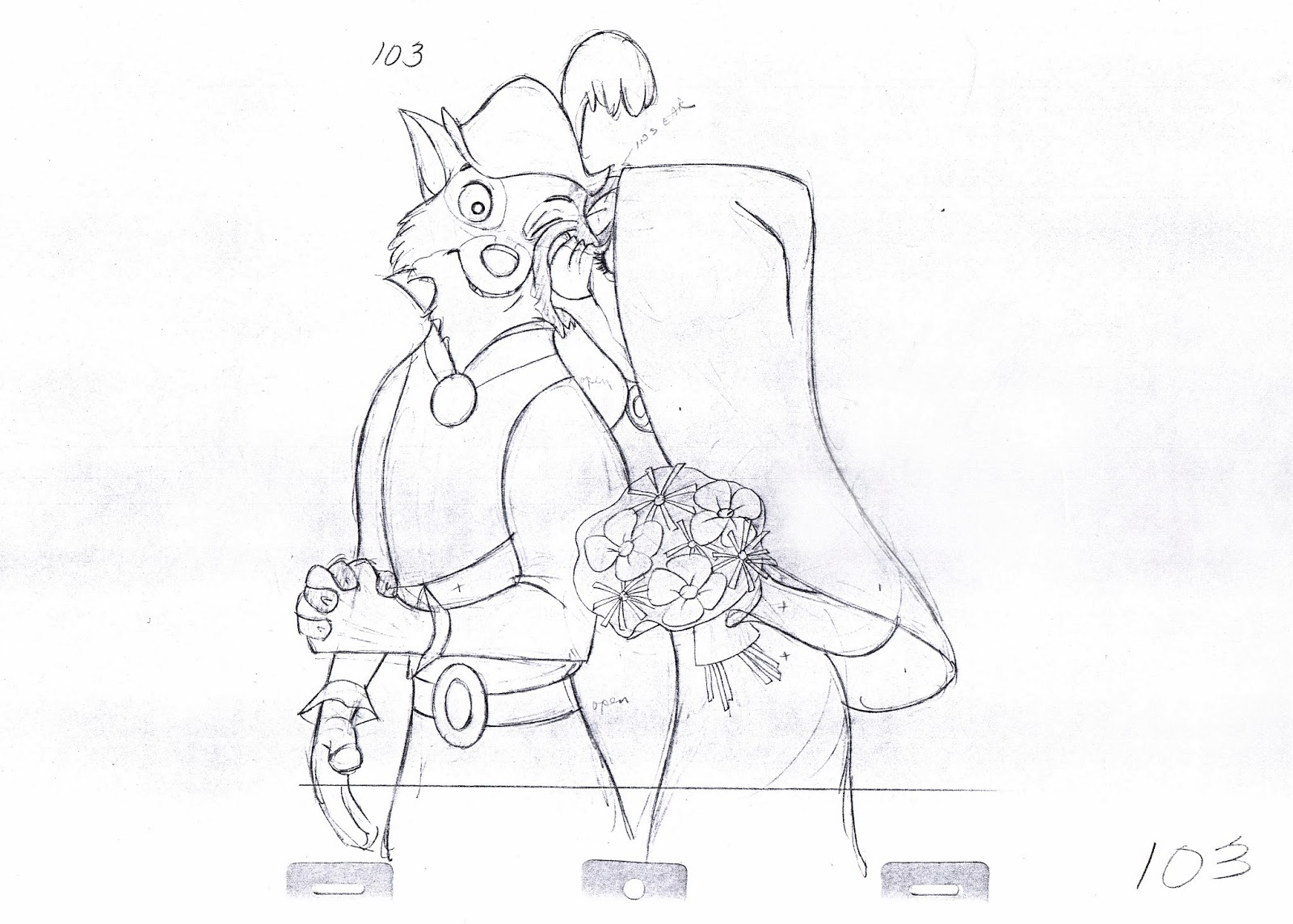