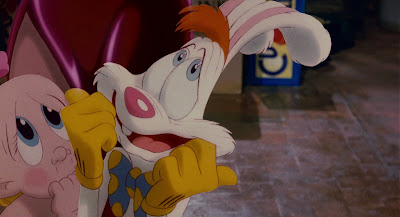 My final scenes from "Who Framed Roger Rabbit?"
After Roger shakes hands with Eddie -holding a buzzer- he realizes Eddie is not amused.
"Don't tell me you lost your sense of humor already" Roger mumbles.
Hoskins replies: "Does this answer your question?" he then picks up the rabbit by the neck and plants a big smooch. 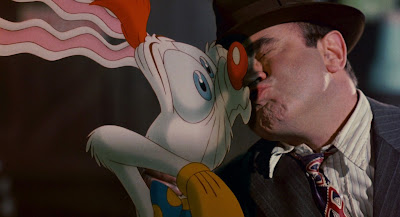 Classic Jessica Rabbit line: "Come on, Roger, let's go home. I'll bake you a carrot cake." We had Roger look right into camera with an "anticipatory" look.
Jessica was animated here by the brilliant Russell Hall. 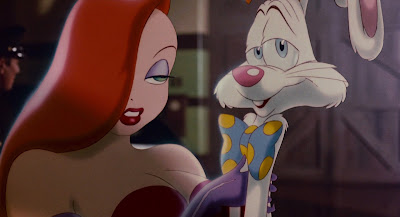 And the film's final scene. I did Porky Pig only: " Ok, move along. There is nothing else to see. That's all folks. Hmm...I like the sound of that. That's all folks!"
For the following Tinker Bell animation we re-used the iconic Les Clark's scene from the Disney TV shows. 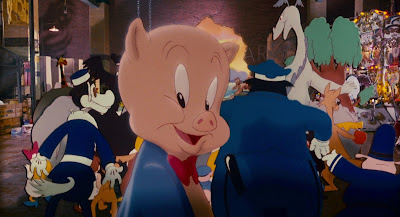 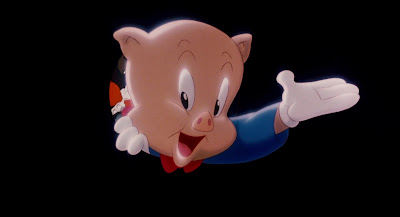