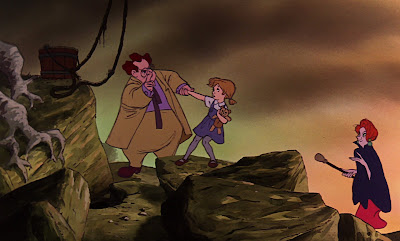 This scene from The Rescuers appears toward the end of the film. Snoops pulls Penny up a rocky terrain toward an opening which is the passage way into a dangerous cave below. Snoops has no patience, he is rough on the girl, yanking her by the arm. You can see by Penny's body attitude (leaning back) that she wants nothing to do with Snoops or the idea to be lowered into the cave to search for a big diamond.
Milt Kahl animated this section of the film. I love the clear compositions he gets involving the two characters. Snoop's roly-poly motion and design as Medusa's partner in crime is sheer genius.
Here are just a few key drawings from the scene. 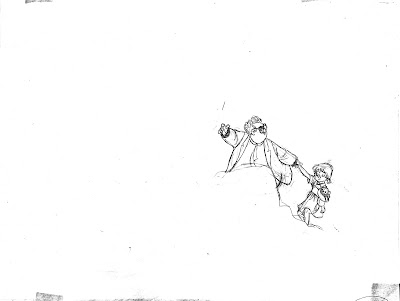 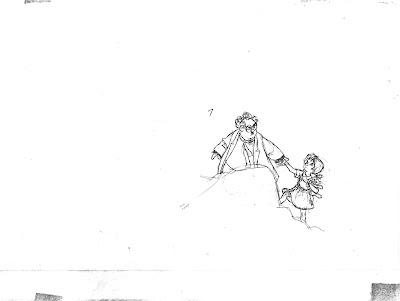 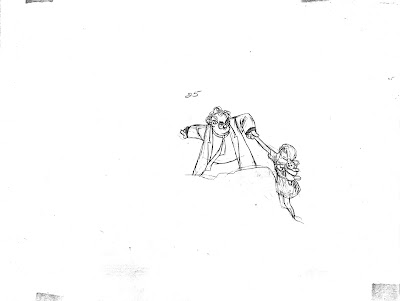 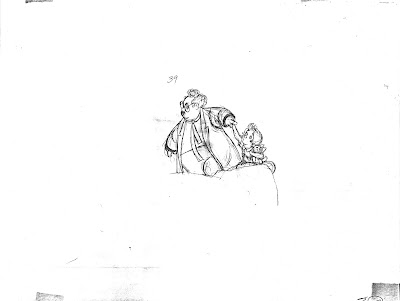 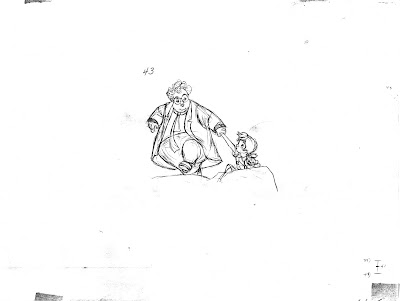 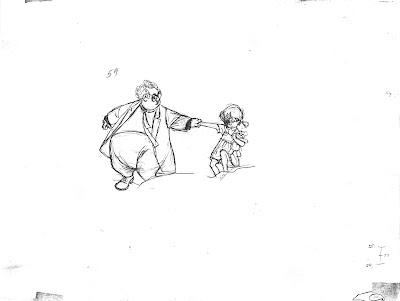 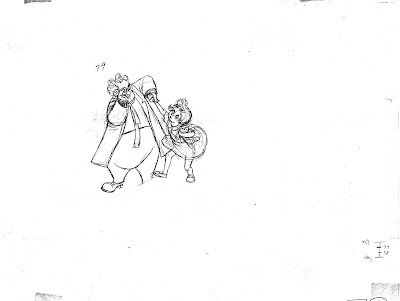 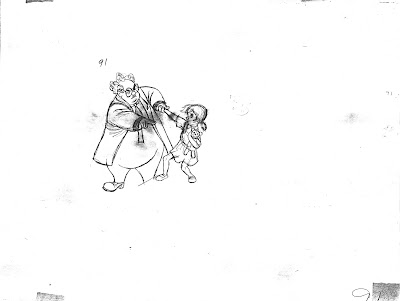 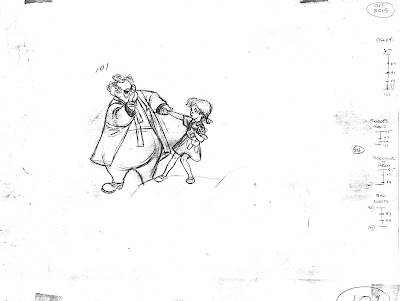 FOUR different timing charts for various parts of the characters. That's a lot, even for a Kahl scene.

More on the character of Snoops in this earlier post: