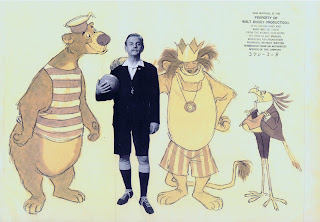 I love the animation sequences in Bedknobs, but I haven't been able to warm up to the film as a whole. The more I am wondering why, the more I realize that the problem is in the writing.
The live characters don't seem to like each other, all the way through the picture. Even the children always argue with one another. There are no appealing character relationships in the film.

The animation, directed by Ward Kimball, is fantastic. The soccer game is great entertainment, partly because the animals use their physical attributes to play the game. The elephant goal keeper uses his trunk to shoot the ball back into the field, the gorilla hangs from the goal's frame, the cheetah runs so fast, his feet catch on fire, etc. Every animal acts according to its specific species. Pure Disney!

Milt Kahl designed the whole cast and animated most of the scenes with the characters you see above. Ok…the bear looks a bit like Baloo and the Lion resembles Shere Khan, but the acting is fresh and unique.
At one point during production Milt must have raised a fuss about inconsistencies in the drawings of various animators. This prompted Ward Kimball to send this memo to the animation staff.
The tone of it just cracks me up. (I believe the stone-rubbed portrait of Walt still hangs in the old Animation building.) 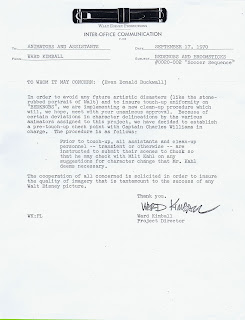 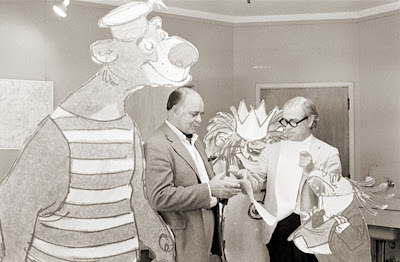 That's Kimball with producer Bill Walsh, next to Milt's enlarged character drawings. These were used during live action rehearsals as a guide for the actors.

Here are copies of a few key drawings from a Kahl scene, the King is beating up the befuddled  Secretary Bird, who just noticed that the King's medallion is missing.  Look at the beautiful follow through and weight of the Lion's heavy sleeve. 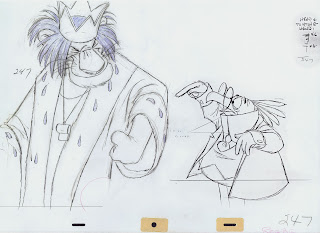 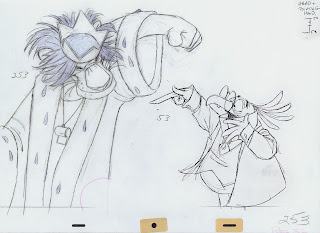 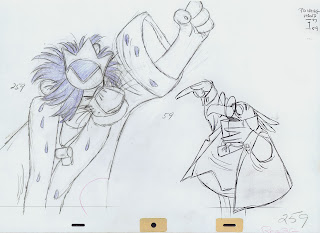 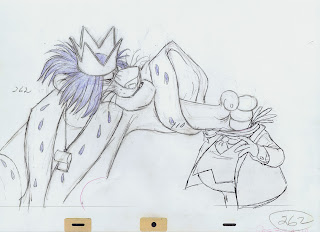 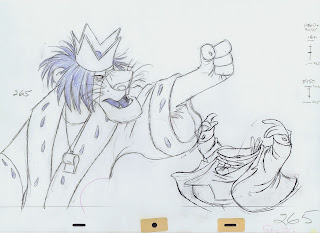 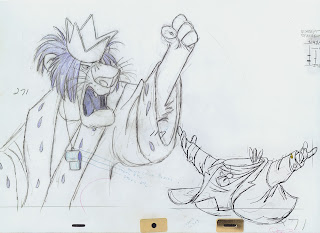 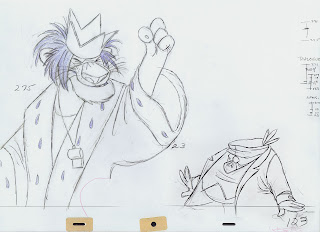 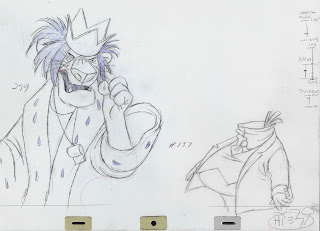