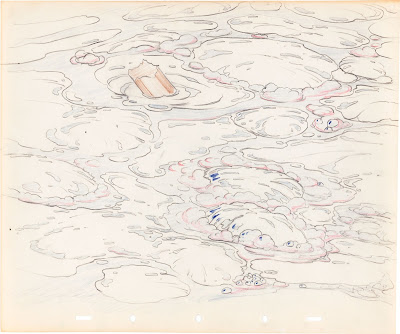 It is beyond me how Disney effects animators controlled all that massive line work from drawing to drawing when it came to animating water. Imagine looking at two of these drawings from Pinocchio on your animation disc, and then trying to create an in-between.
Yet they did it with stunning results. Scenes like these might look realistic to you, but in reality there are no graphic lines in the ocean. These moving drawings are imaginatively designed and timed to give you the illusion of water. 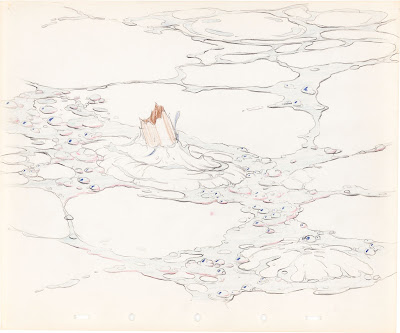 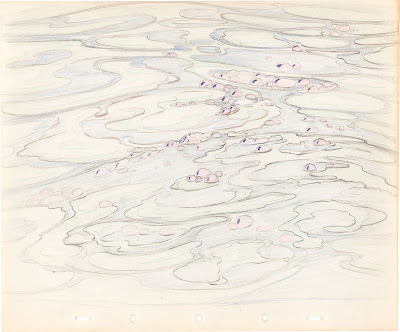 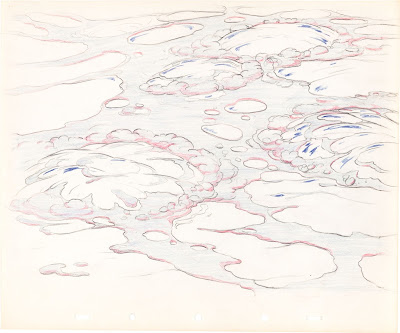 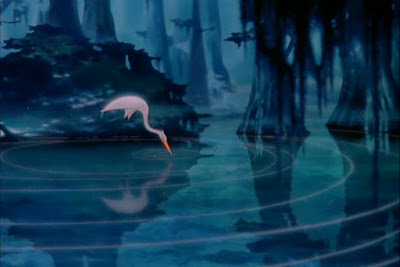 Bambi has incredible effects animation throughout, including water. 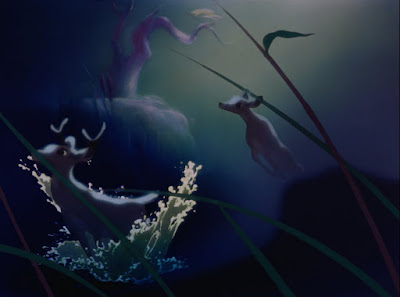 When I started at Disney way back, a friend asked me: Will we ever see water again like in Fantasia?
These effects artists were experimenting feverishly. 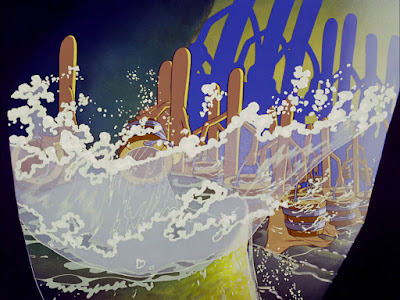 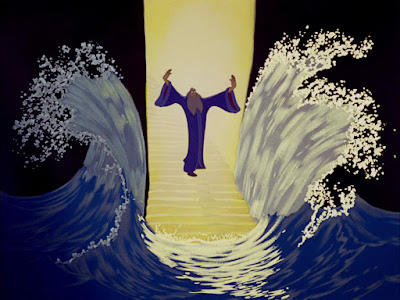 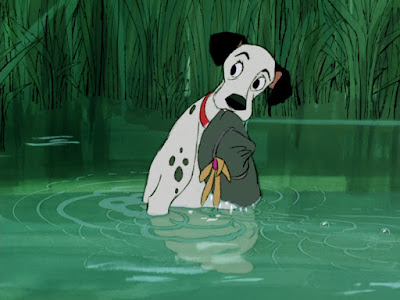 I believe the water's transparency was achieved through double exposure, I don't think they used transparent paint at that time. 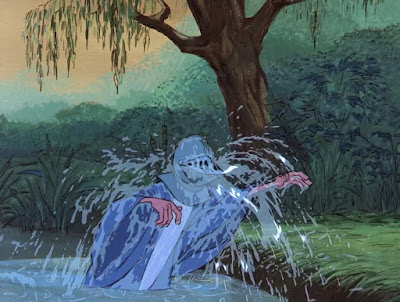 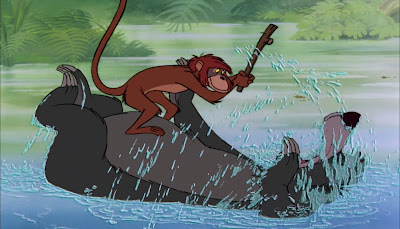 We had some great looking water for Lilo & Stitch. The roundness of the character design is reflected in the wave patterns. And that's how it should be, special effects need to be specific to the overall design of the film.
Did I mention that this film was a ton of fun to work on? 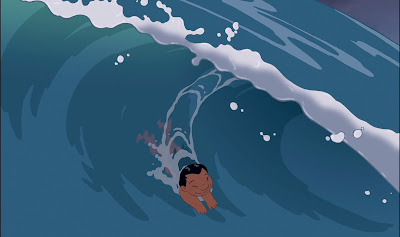 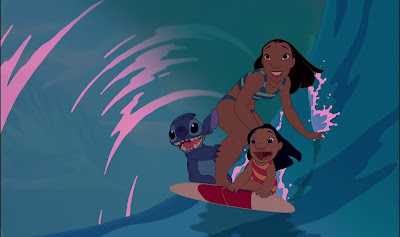