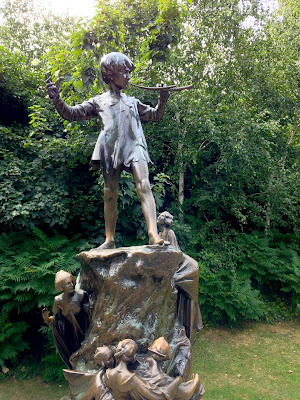 I am writing this post slightly jet lagged, having just gotten back to LA from a week in London (after a few days in Hamburg, Germany).
The weather was beautiful for outdoor activities, so I skipped museum visits this time around.
I decided to look up the bronze statue of Peter Pan in Kensington Gardens.
Walt Disney paid a visit there while working on his animated version of the J.M. Barrie story. Commissioned by Barrie in 1902, the tall statue was sculpted by Sir George Frampton and placed in the park in 1912. There are all kinds of characters like rabbits, squirrels and fairies climbing up the base toward Peter.

Last Sunday a few friends joined me for a boat trip on the Thames, from the London Eye to Tower Bridge and back to Big Ben. How can you not think about Peter Pan as you pass by these incredible sights. It was an absolutely beautiful evening. 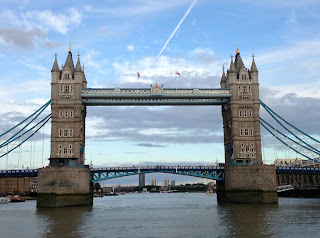 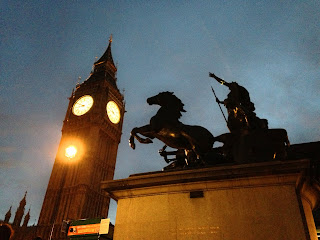 I have always liked this attractive illustration which was used for the film's poster as well as other promotional material. 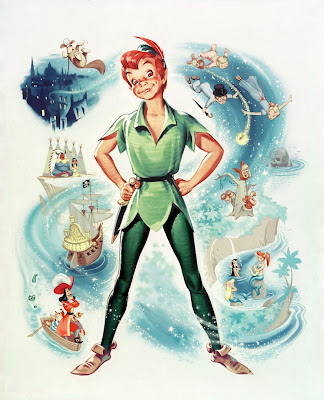 These are key drawings from a Milt Kahl scene which takes place inside Skull Rock.
"(Psst, Wendy) watch this!"
Milt didn't use any live action reference here, he was more than capable of pulling this one out of his head. The action is a little cartoony, but believable anatomy is maintained throughout. 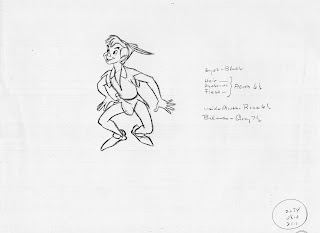 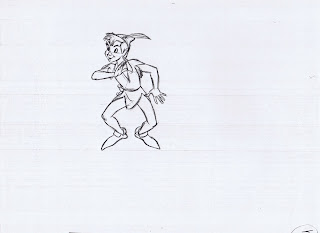 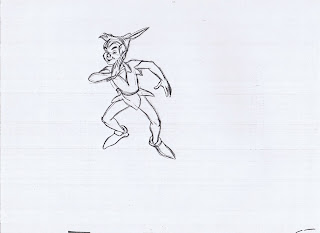 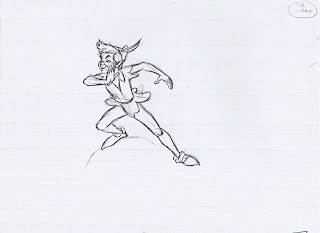 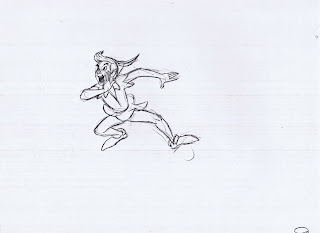 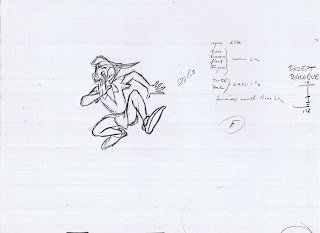 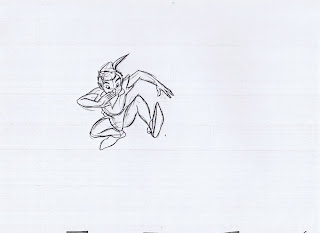 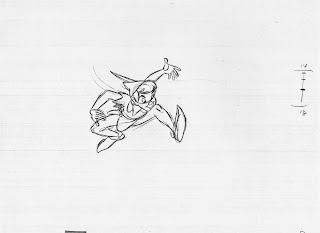 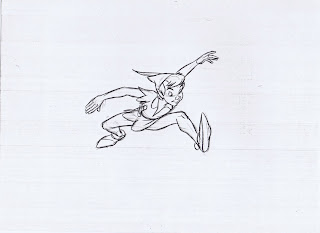 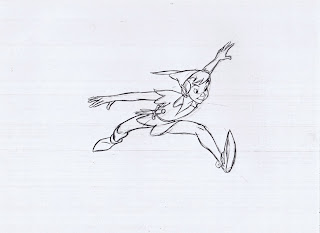 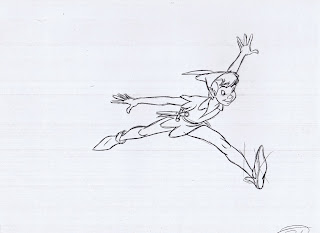 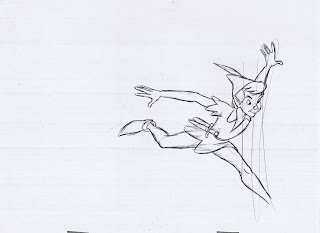 Woolie Reitherman animated this surreal moment with Captain Hook emerging from inside of the crocodile's mouth. Other animators criticized the scene at the time for its irrational quality.
All I can say is…works for me! And you couldn't portray Hook's scream for Smee any better. 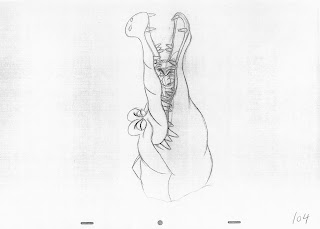 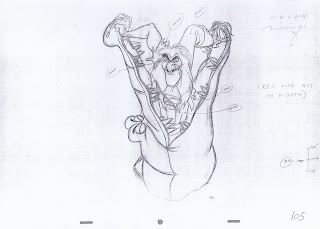 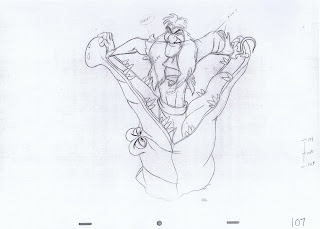 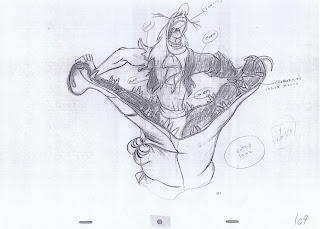 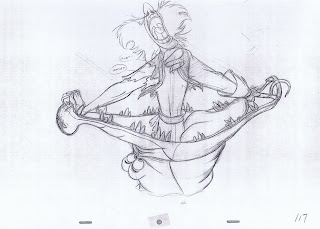 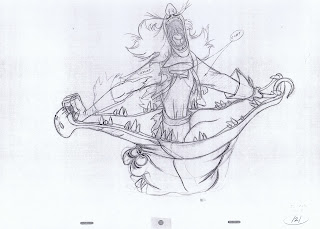 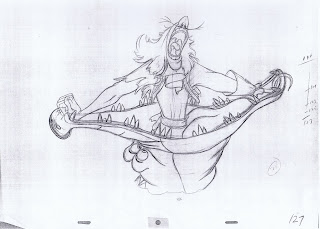