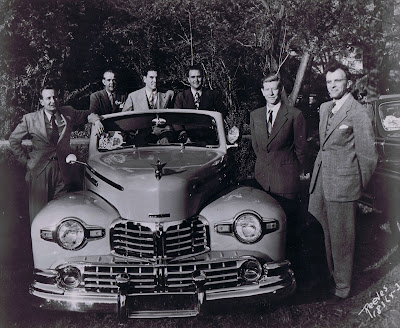 I did a little research to find out what's going on in this vintage photograph.
Posing behind this very impressive car are Disney artists, from left to right story man Bill Peet, unknown, background stylist Claude Coats, art director Ken Anderson, director Wilfred Jackson and directing animator Milt Kahl.
If you look closer you see a Song of the South sticker taped to the windshield. The car to the right has one, too.
These gentlemen are attending the world premiere of Disney's Song of the South, a film that mixes live action and animation footage.
"The animation in Song of the South was a high for us"  Milt Kahl reminisced years later.
I would add that the film has some of the richest characters ever that were animated with razor-sharp timing.

Incidentally Walt Disney and his wife Lilian were driven to the premiere in this car as you can see in this great picture from the Library of Georgia State University. 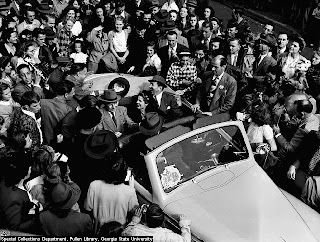 A beautiful Ken Anderson illustration for the title sequence of the film. 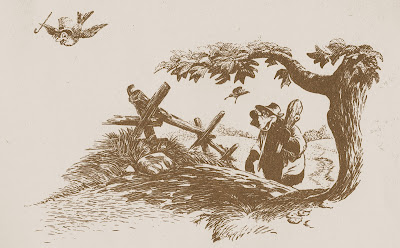