Lady and the Tramp

I thought you might get a kick out of this article about the making of
"Lady & the Tramp".  It is from the magazine "American Artist", May 1955, and written by one of Disney's great background painters, Ralph Hulett.
The text won't offer a lot of new infos to most of you, but it is a fun look behind the scenes, from an insider's perspective in the mid fifties.
Then more original drawings from the film.
The first six are by Milt Kahl. The rough pre-animation drawings of Lady show how comfortable Milt was with such a realistic character. Potentially complicated anatomy covered with fur is beautifully simplified on this sheet.
The two close ups of Jock might have been drawn for another animator's scenes,
possibly Frank's.  I just love their expression and mood, there is a real essence to them, and great clarity.
The beaver is one of my favorite characters. Those little beady eyes give him so much character.
I wonder what the story sketch looked like for the scene with Trusty.
An idea for a pose like this one is not easy to stage. But when you give it to Milt it becomes a piece of beauty. The slight variations in the design of the skin folds
is what makes this believable.
Milt redrew these poses of Aunt Sarah several times. She sure looks like a caricature of voice actress Verna Felton here.
Frank Thomas stages his characters beautifully in the first sheet.
He blocks in their appearances, almost like an architect's sketch.
This also solidifies the composition so that they relate very clearly.
The same can be said for the next two close ups of Lady. What's interesting here is  that Frank used straight and curved lines to define the shapes of her ears.
You'd think something so soft would need curves only, but drawn this way, it shows more weight.
The small thumbnail sketches indicate the two main positions in the scene.
More thunbnails on the next sheet as Lady puts her head down.
Following is a drawing where Frank explores how her fur reacts in a frightened attitude.
In the last one Trusty is leaning in on Jock, you can see in his pose that Jock is the reacting character. 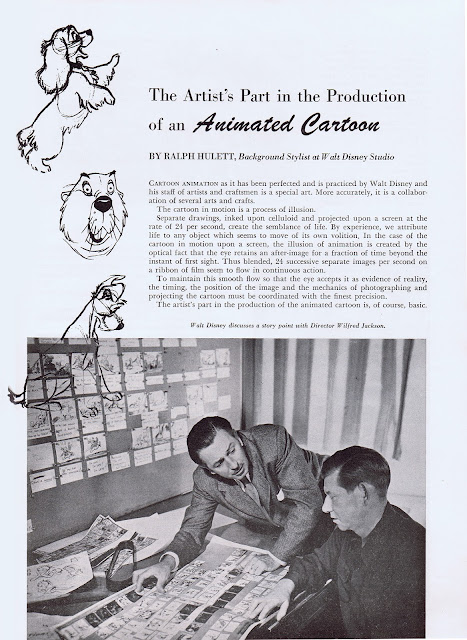 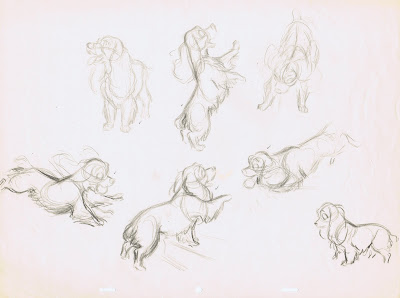 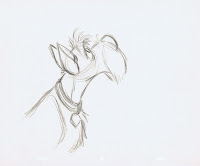 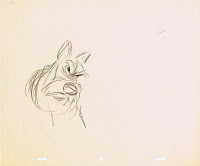 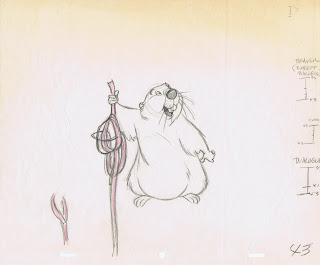 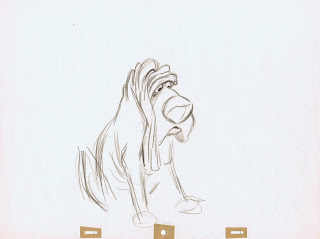 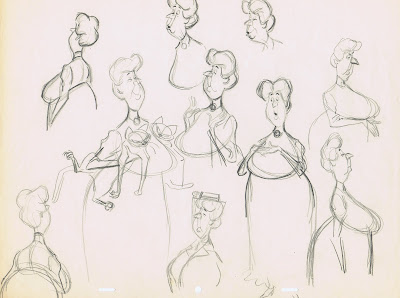 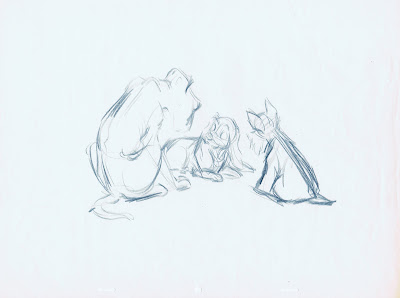 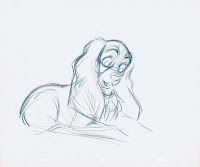 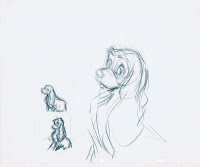 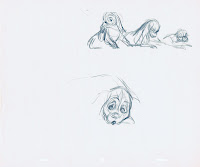 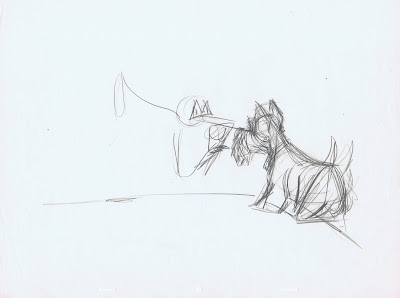