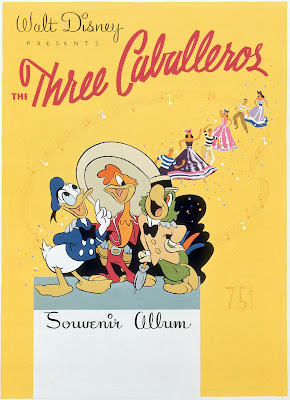 I found out that whenever your drawings become stiff and overworked looking, it's a very good idea to take a look at some of Fred Moore's work.
Did this man ever struggle? Sure doesn't look like it.
There is an absolute appeal in the way Fred drew, and you can feel the fun he had animating his characters.
You would call his style cartoony, but there is plenty of realistic believability.
Look at this cover illustration for the Three Caballeros Souvenir Album.
Solid weight distribution on Donald's and Panchito's right legs. Jose Carioca puts his weight on the little umbrella, which perfectly counter angles his body.
Jose's left hand resting on his hip shows just the right amount of foreshortening.

Marc Davis used to say "In those early days Fred Moore WAS Disney drawing."
He was the right guy at the right time in the right place!

The first few images show Fred's poses that were inked by another artist. 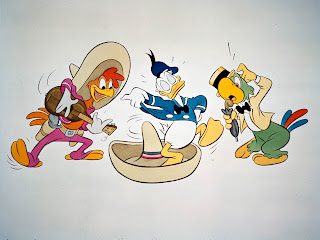 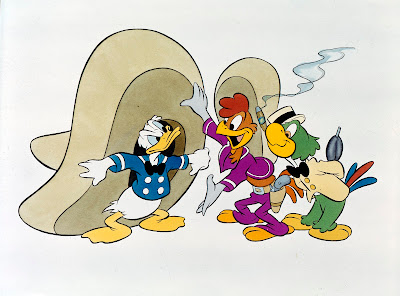 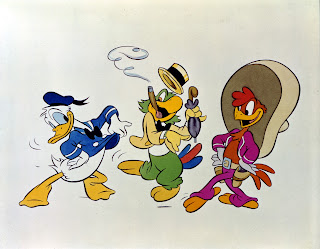 These are Fred's rough layouts for publicity illustrations. 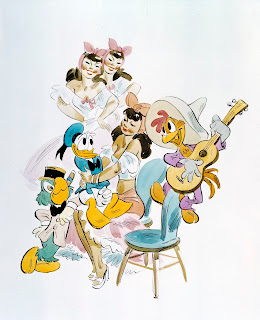 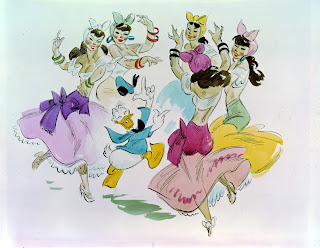 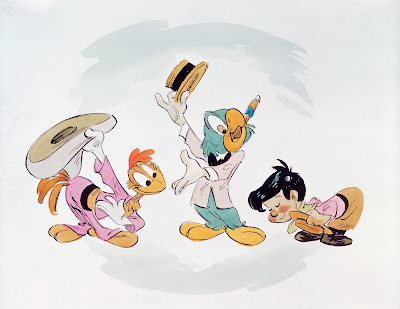