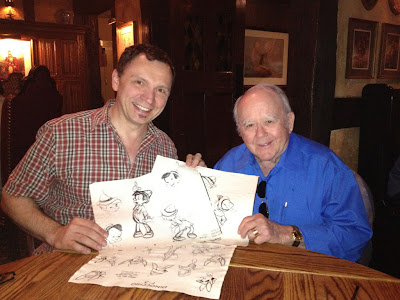 Who is Dick Jones? He is none other than the voice of Pinocchio.

I had a fun dinner the other week with some friends including Dick Jones and his lovely wife Betty.
And wouldn't you know, I just happened to have some model sheets with me.
Dick was already a child actor before he voiced that iconic character for Disney.
He was in recording sessions doing Pinocchio off and on for about a year and a half, from age 10 until 11 1/2.
I asked him what it was like to see the whole film way back for the first time, all finished.
His answer surprised me. Dick didn't attend the premier screening, but he felt like he had seen the  entire film, in pieces while he was working on it. It wasn't until a few years ago that he watched the complete movie, when it came out on Blu- Ray and the El Capitan Theater in Hollywood had a screening of the restored  film. He thinks this is the best animated movie Walt ever made, and many people would agree with him. (It's just fun to see how Dick says this, with an honest sense of pride.)

His long acting career included many roles in Westerns, on the big screen as well as on TV.
That's him in the photo below recording Pinocchio next to Cliff Edwards, the voice of Jiminy Cricket.
What a great performance, so fitting for the character. Full of enthusiasm, innocent, naive and very charming.
The animation roughs are by Milt Kahl from the naughty cigar smoking sequence.
After having re designed Pinocchio early on (I'll get to that in a future post) this became a sort of break through assignment for Milt, from then on he was one of the supervising animators. 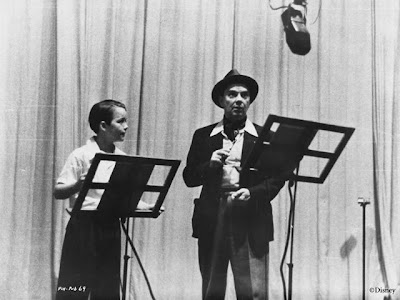 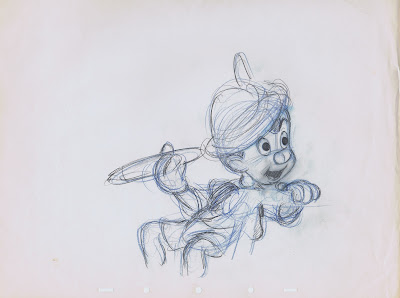 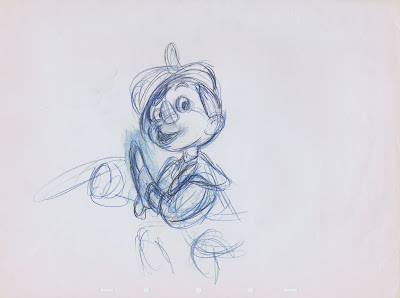 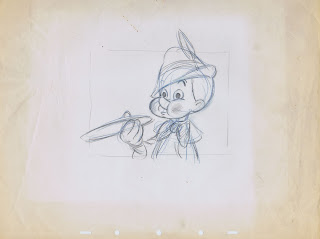