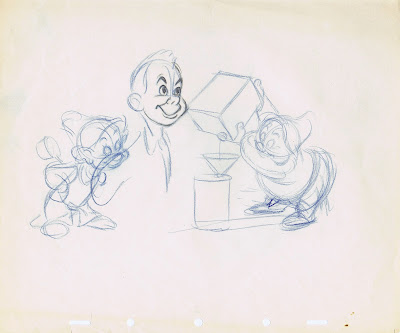 Many of you know that the Disney Studios produced a number of propaganda animated shorts during WWII.
In "The Winged Scourge" the Seven Dwarfs demonstrate how to fight the spread of mosquito born malaria.
The sketches above by Milt Kahl show a rough layout for Dopey and Happy.
The kid on the same sheet is from "Education For Death", him and his classmates are being brainwashed in Nazi philosophy.

Years ago Charles Solomon and myself conducted a few interviews with some of Walt's animators, and Frank Thomas recalled this episode in regards to this short film:
"The worst one of all was "Education For Death"…oh, lordy!
Now Kimball got the good part of that, he got the Goerring and Hitler and Brunhilde, he had the fun stuff to work on, while Milt and I got these awful scenes of real kids, and drew them like real kids and make them look convincing. And they're talking German, and on our readings it had all German. Try to animate it, embarrassing.
Milt and I were going upstairs for some reason, and we were standing at the elevator. Milt said "We ought to kick Walt right in the ass for doing this type of thing", and all of a sudden the doors opened, and there was Walt. So I couldn't resist, so I said, "Here he is, go ahead!"

Here are a few rough Milt Kahl drawings for another wartime short called "Reason and Emotion". It is an extremely clever and effective film that sends a warning of when emotional and reasonable impulses go unbalanced. 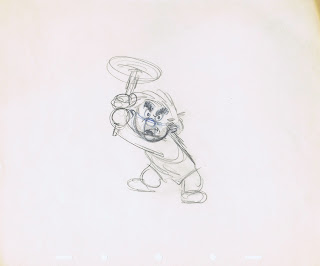 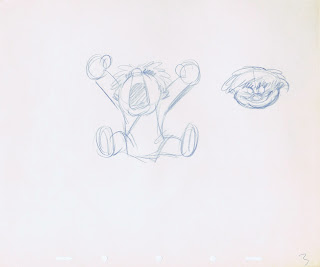 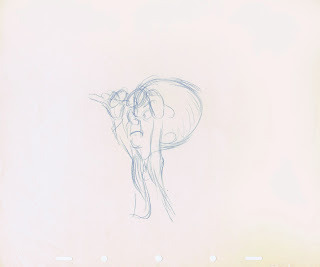