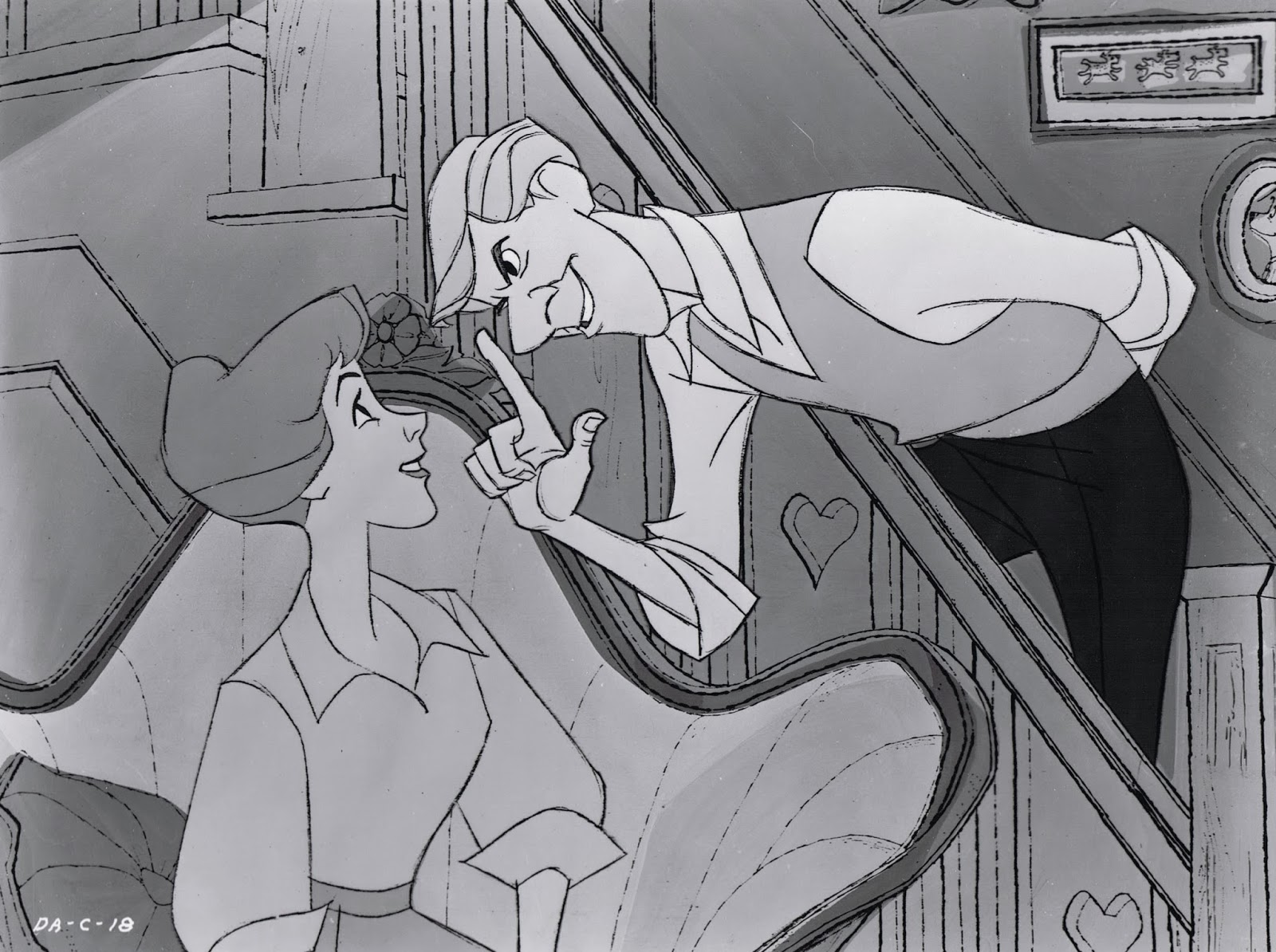 …all of those in a magnificent balance for this moment from the film 101 Dalmatians.
"Melody first my dear, and THEN the lyrics."
So many graphic lines are directed toward the main business of Roger's finger touching Anita's nose. Her long neck, the lines in her hair and the curve of her nose clearly point to the subtle contact about to happen. Roger's whole body leans forward toward Anita's face, and every line, from folds in the fabric to his basic anatomy, leads the viewer's eye to the specific area of interest.
Then there is the background's layout. Look at how those lines defining the wooden edge of the sofa seem to move upward toward the characters' heads.
(I love the perspective change of the sofa's right side, it's flat and dimensional all at the same time!)
There is an absolute unity between the shape language in the background and in the characters. It feels like ONE artist is responsible for the entire image.
We all know that Disney animation is about family entertainment, but vintage stuff like this is also high art.
Milt Kahl animated both characters in the scene. Below is an out-take rough drawing of Roger.


One of Milt's countless masterpieces. 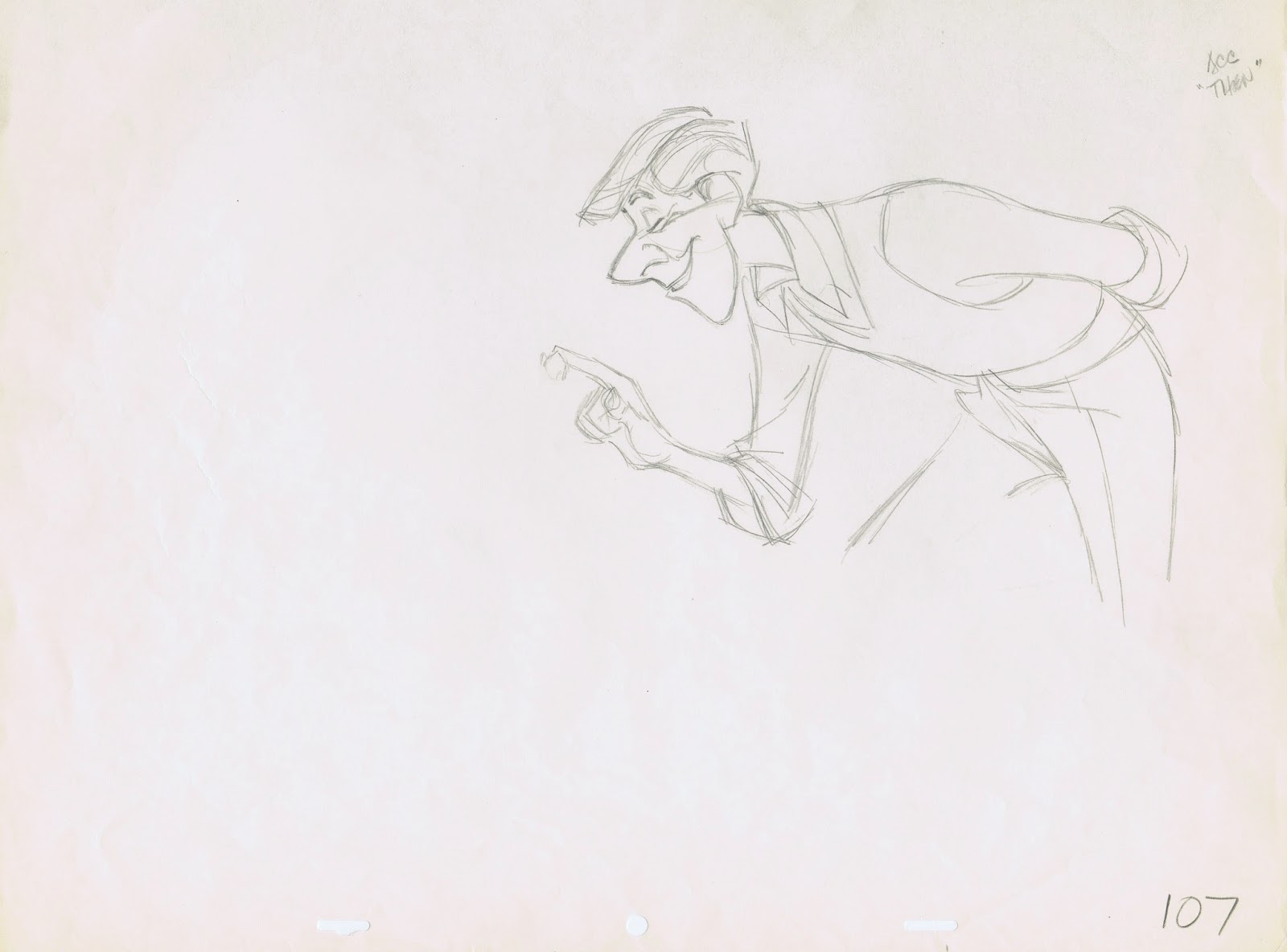