To begin with, just a little announcement.
From now on I will have a new post about every other day, 3-4 times a week.
This will give some of you the chance to absorb the material a bit slower, and
I will be able to catch my breath. (Do I hear complaints...?)
I scanned a few of my Heinrich Kley originals, some of the better ones though
are currently on loan to a Kley exhibition in Hannover, Germany.
I saw this exhibit earlier this year when it was in Munich.
If any of you are near Hannover, go...no, run to check it out.
The show is absolutely amazing, it closes on August 21.
There are two Kley sketchbooks that are a must have.
"The Drawings of Heinrich Kley" and "More Drawings of Heinrich Kley".
Some art supply stores still carry them, also you can always find them on Ebay.
The exhibit's catalogue is pretty nifty, too.
To me, Kley was doing with illustration what Walt was doing with animation.
Making impossible characters and situations look completely plausible and believable.
If elephants could ice-scate, it would look like Kley drew them.
If centaurs existed they would move like in Kley's sketches, and so on.
Joe Grant and I exchanged xeroxes of Kley drawings and drooled over them.
It was Joe himself, who brought Kley's work to Walt's attention as inspiration for
"Fantasia".
More on him later.
I want to thank you guys for your interest in this blog.
Over 60.000 pageviews in less than two weeks...not shabby at all ! 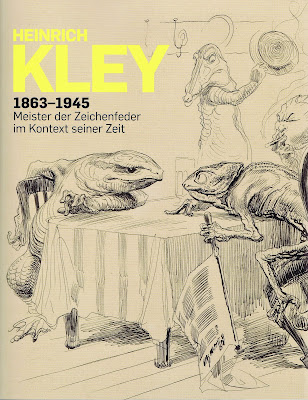 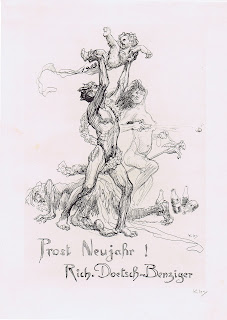 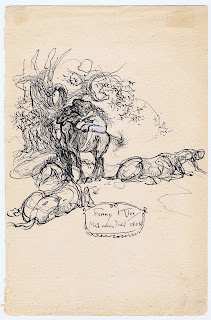 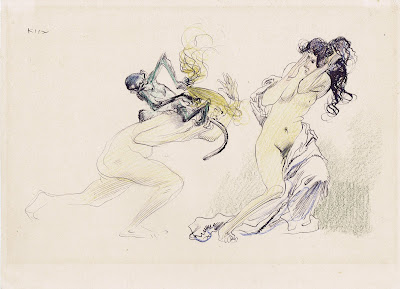 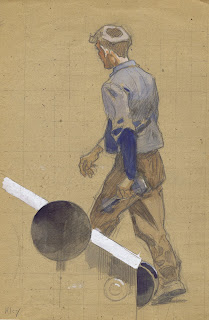