Another Look at Sleeping Beauty Marc Davis draws Maleficent. This is not a scene from the film Sleeping Beauty, the sketch was made for publicity purposes. As I pointed out before, Marc worked on this film longer than any other animator. He actually skipped the production of Lady & the Tramp, so he could focus on and animate the movie's heroine as well as its villain. Aurora and Maleficent. This was a first, and it hasn't been done since. 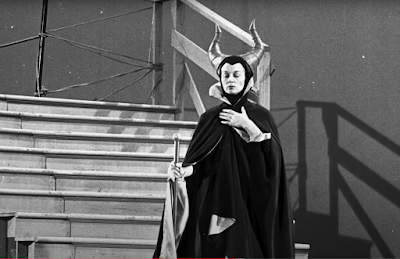 A Frank Thomas sketch of the Three Fairies, pretty much as they appear in the film. But it took many exploratory versions to get to this point. 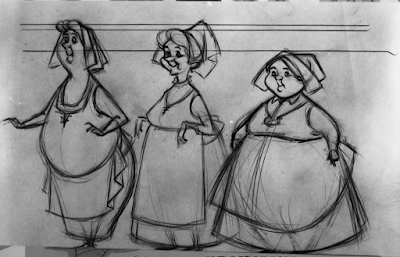 This is early live action footage for Aurora and Prince Phillip. Believe it or not, but that's Kathryn Beaumont (of Alice and Wendy fame). I don't know who her acting partner is, with his full hairdo. 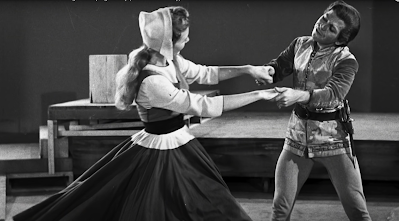 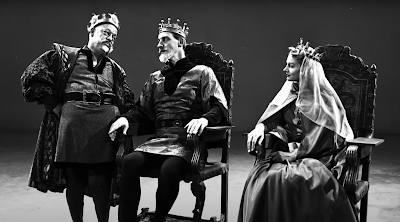 Camera moves planning and a clean up layout. 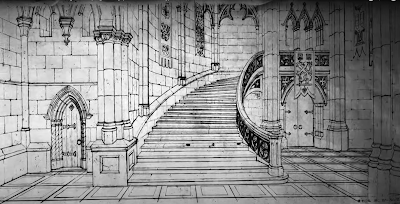