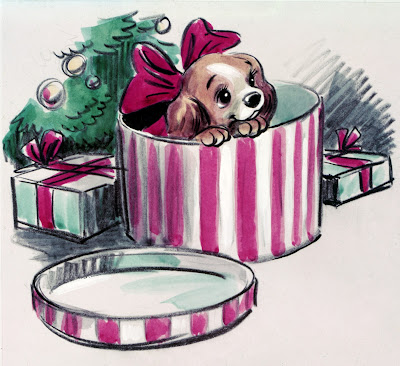 This lovely story sketch was drawn by Joe Rinaldi, whose work is frequently mistaken for Bill Peet's.
Both artists show a lot of confidence and flair in the lines they put on paper.
They were also able to get the essence of a situation into one sketch.
While Lady & Tramp was in production, Peet developed story sequences for Sleeping Beauty.
The drawing below from the opening sequence of the film is Rinaldi's as well. 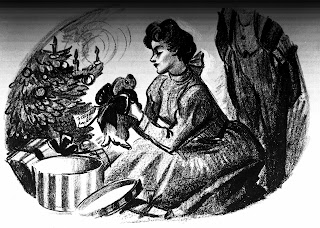 Animator Ken O'Brien was inspired by live action reference for the scene in which Lady is being presented as a Christmas gift. The actress in the photo is Jane Boyd, who was an artist in the effects department. (When I started at Disney in 1980 Jane was doing effects for The Fox & the Hound.)
As you can see, O'Brien did beautiful work on the film's human characters. There is a nice cohesive and rhythmic quality to his drawings. 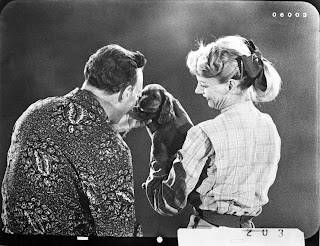 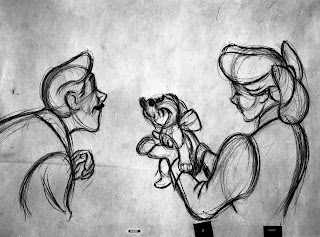 This article from Look Magazine talks about singer and songwriter Peggy Lee's involvement with Lady & Tramp. 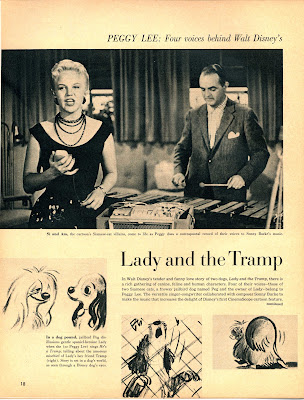 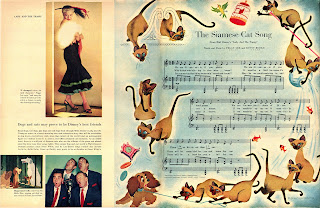