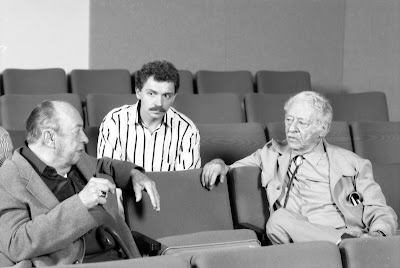 I was working on the Mickey Mouse featurette The Prince and the Pauper, when I got invited to attend a screening of the story reels for Marc Davis and Joe Grant.
I remember that both men had quite a few story notes. Marc told me that if I was going to animate Mickey, to keep in mind that even a little cartoon character like him has an inherent anatomy.
You can squash and stretch him all you want, he added, but it's important to maintain the specific structure that is so typical for him.
Can you tell that I am paying attention to Marc's words of wisdom?

In this photo Marc is giving direction to Jane Fowler alongside director Clyde Geronimi.
Jane is standing in for Eleanor Audley, who voiced the character of Maleficent and provided live action as well. Jane later married effects animator Jack Boyd. 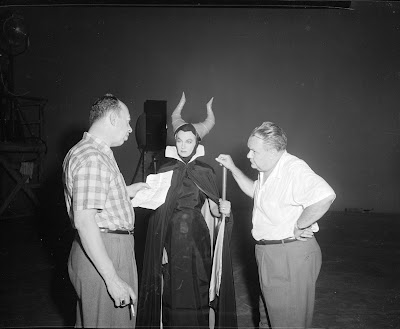 A beautiful sculpt of Maleficent's head by Marc Davis. 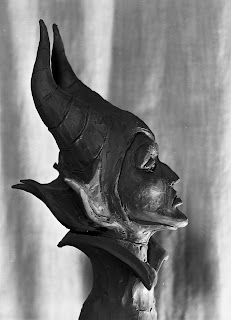 This meeting with Walt seems to be going very well. That's sculptor Blaine Gibson on the right, who perfectly captured Marc's designs in three dimensions. 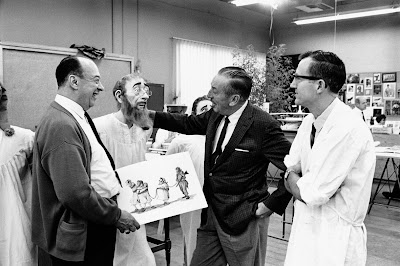 The Disney ride It's a Small World was created by top notch artists.
The "unforgettable" song was composed by the Sherman brothers, Mary Blair did color and art direction while Alice Davis not only researched all of the folklore patterns for the dolls' costumes, but also supervised the manufacturing of the outfits.
(We celebrated Alice's birthday earlier this week).
Marc helped with final staging of the many characters, he also developed their motion range. 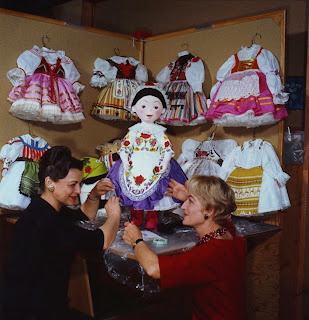 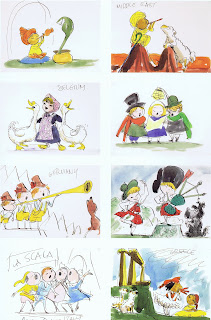 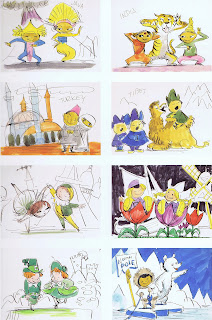 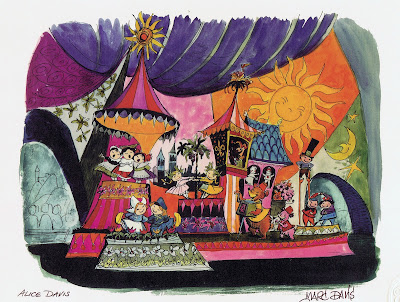