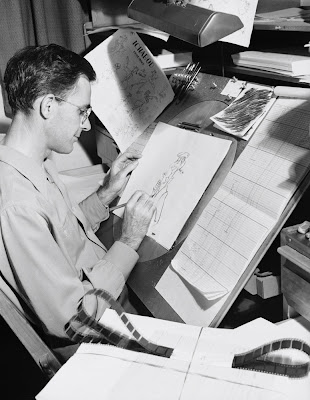 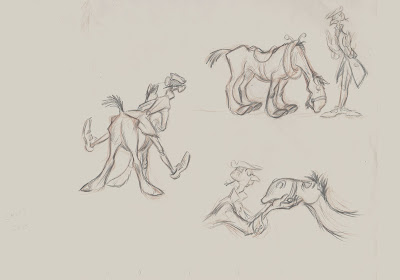 Happy Thanksgiving to everybody!
To post sketches from Disney's 1949 featurette "The Legend of Sleepy Hollow" seems appropriate for today. Though the film's theme has more to do with Halloween, but turkey is being served in several scenes, so what the heck!
Above are Frank Thomas' design drawings for the main character and his horse. That scary ride home from the party is some of Frank's best work. He told me once that he animated the sequence faster than anything else before that. I forgot the actual footage now, but I believe it was around thirty feet a week.

A couple of animation roughs showing Ichabod escorting Katrina, who would be animated on a separate level. My guess is that these are by Ollie Johnston. 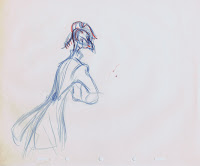 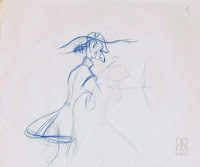 Design sketches of Katrina by Frank. He is trying to avoid any definition of her nose to achieve a soft, youthful appearance. The concept didn't hold up in the animation.
Fred Moore had something to do with her final look as well. 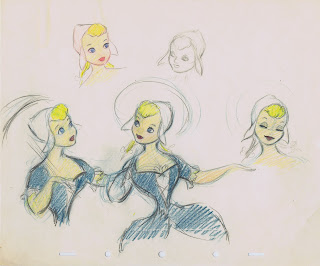 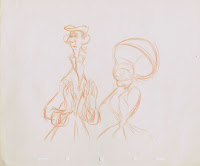 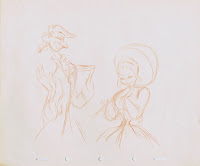 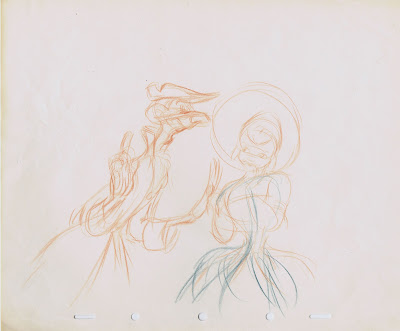 Ward Kimball's concept for Brom Bones. He looks much cartoonier here, before Milt Kahl turned him into a more handsome dude.
By the way, when I did Gaston, the same kind of alteration was asked for. 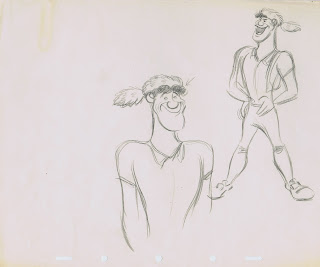 A Frank Thomas sketch incorporating Kimball's Brom Bones.
(On second thought, this could be a Kimball drawing). 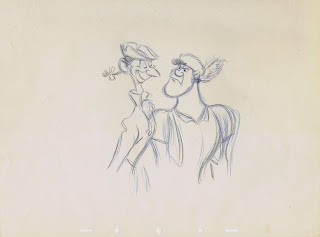 A Milt Kahl's rough of Tilda. 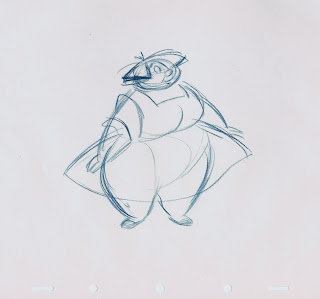 For a brief moment Brom Bones gets to dance with Katrina in this Kahl sketch. 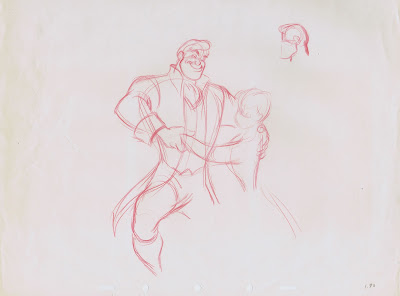 Here Milt is helping Frank and Ollie to resolve drawing issues in their scenes. 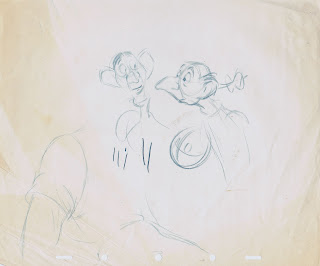 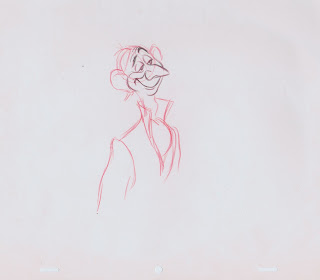 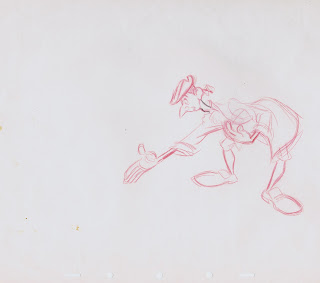 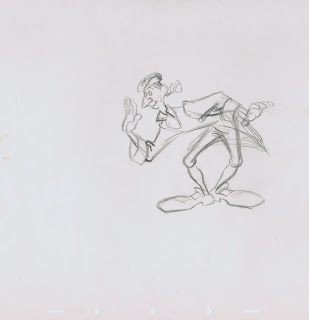