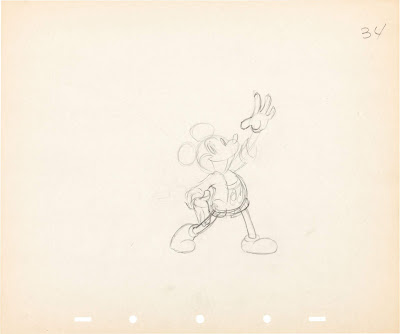 In this short Mickey puts up a magic show while constantly being interrupted by Donald Duck.
Consequently Donald becomes a part and a victim of Mickey's magic acts.

Heritage Auctions offered this amazing collection of rough animation drawings a while ago.
I really don't know who drew these, but animation credits from this film include Johnny Cannon, Ed Love, Les Clark, Bill Roberts, Isadore Klein and Riley Thomson.
Fred Moore most certainly was still busy animating dwarfs.

This kind of artwork is extremely rare as rough animation drawings were considered not suitable for archiving. I love all of these expressive, vaudeville type poses. Great clarity and staging. 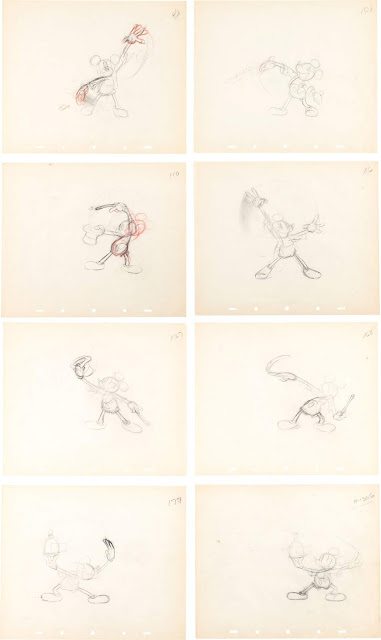 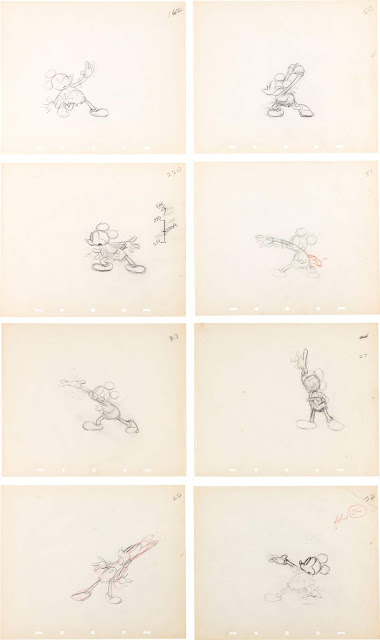 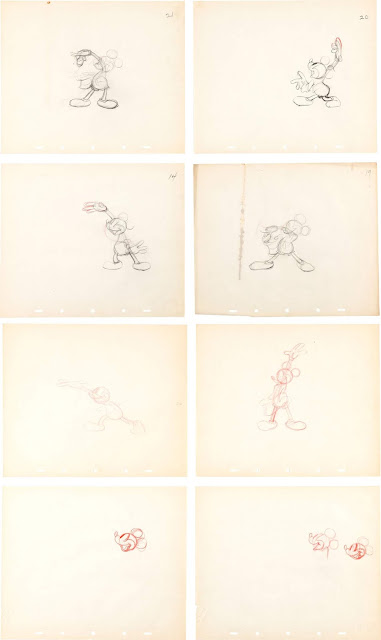 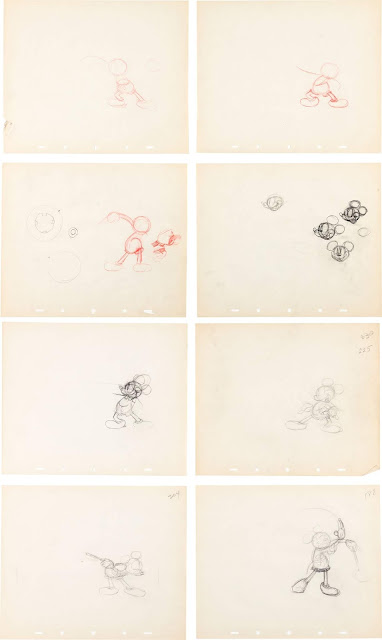 Talking amount Mickey Mouse: I had the pleasure of guest curating the next big exhibition at the Walt Disney Family Museum.
MICKEY MOUSE, FROM WALT TO THE WORLD.