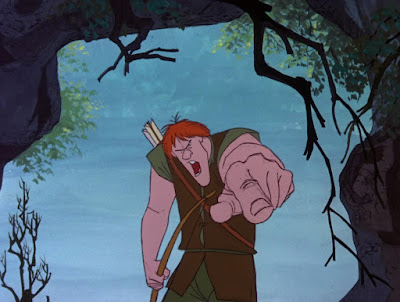 Dave Michener assisted Milt Kahl on this unusual scene. Wart has run away from Kay and is now hiding behind a tree in the forest. Kay seems surprised and shouts: "Oh, ha ha, oh don't tell me you're going in there? Oh, ha ha, why it's swarming with wolves."
Michener was amazed that Milt would be so bold and have Kay point right into camera. He told me: "I couldn't believe it, I had never seen anything like this."
Actually Milt used a similar gesture on Brom Bones during a song sequence years earlier:

Still, this isn't an easy way to stage a pose with such crazy foreshortening. But then again, Milt challenged himself constantly in his draughtsmanship. 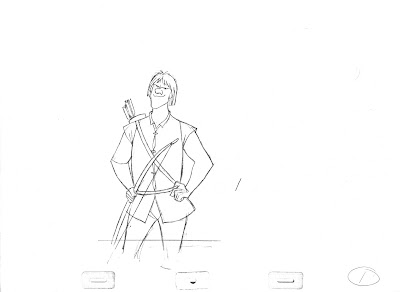 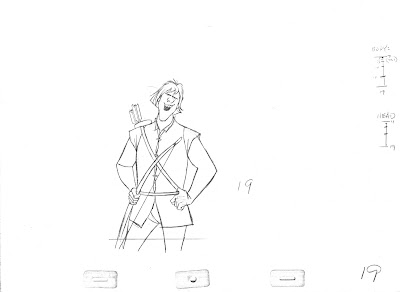 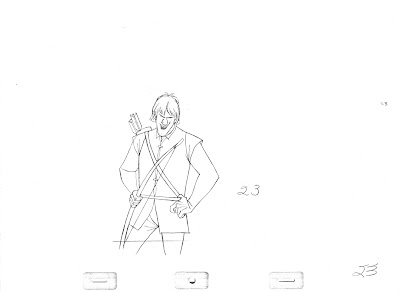 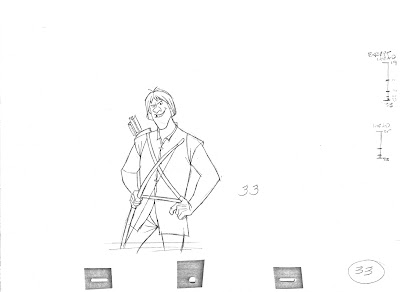 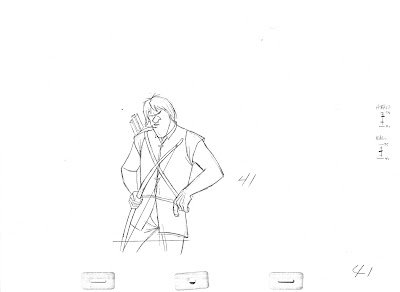 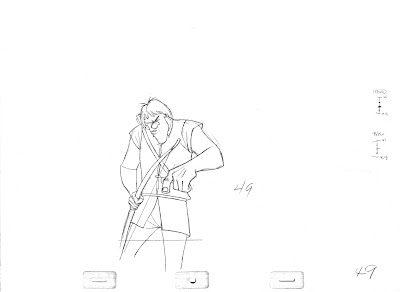 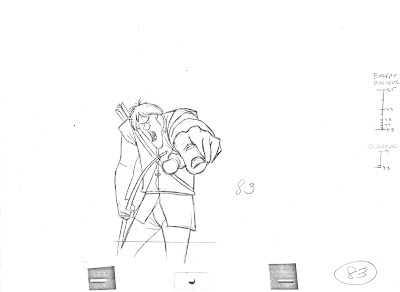 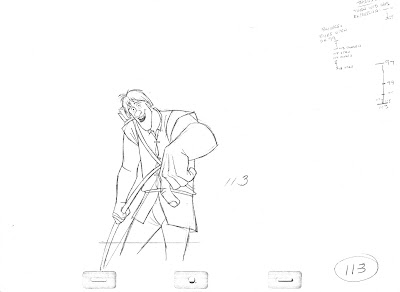 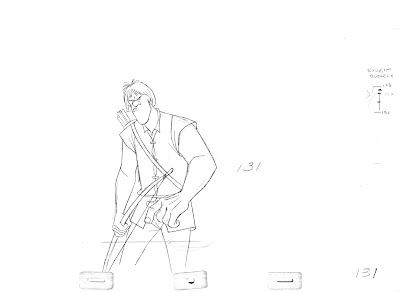 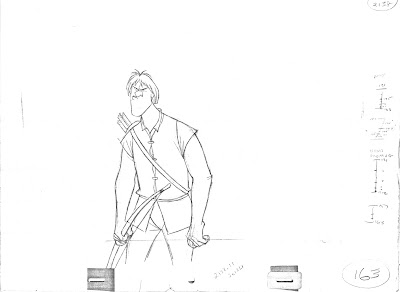