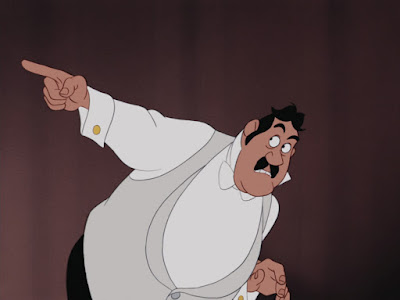 Many of you know that the father in the film Peter Pan was largely animated by John Lounsbery.
Milt Kahl animated the character in the final sequence of the movie. He kept the animation subtle and believable. See image above.
But this really is a Lounsbery character. He established Mr Darling during the film's opening sequence. Here are copies of a few rough Louns drawings where the father stumbles over the dog Nana. "And that's my last word on the matter!" (about Wendy getting her own room).
Lounsbery didn't draw hands as well as Milt, but who cares? His strong use of squash and stretch is legendary. I am telling you, if you flip the first drawing with the lastone, lightbulbs will go off. The shift of volumes is just beautiful. Lounsbery went broad on this character in order to avoid another straight, live action based personality. It was a good choice! 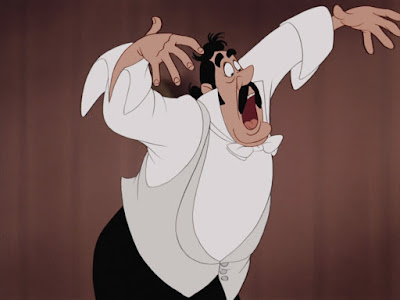 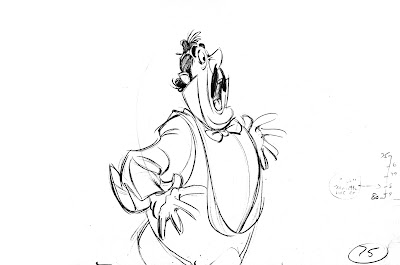 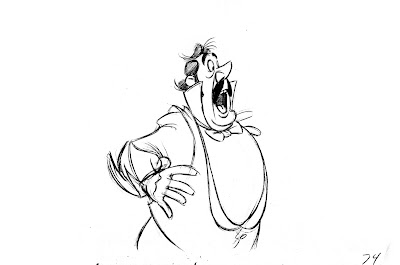 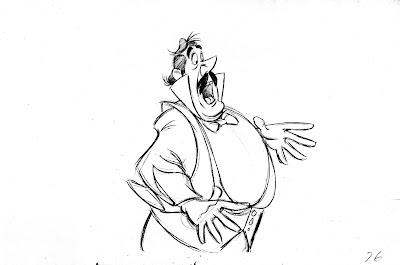 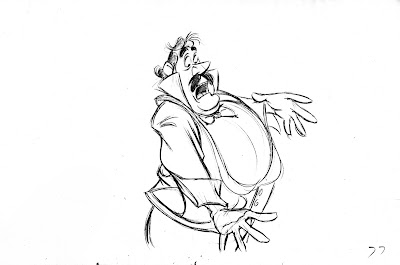 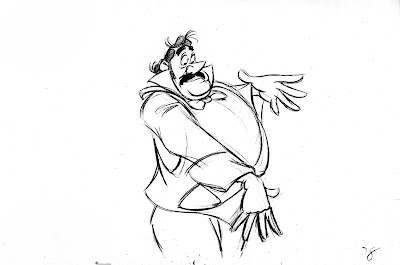 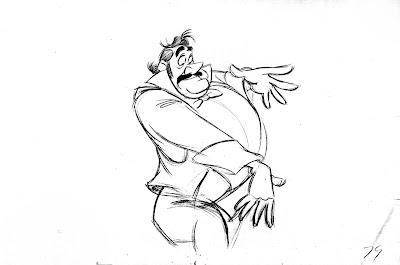 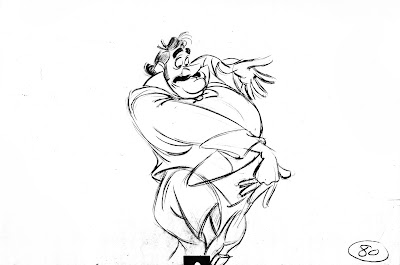