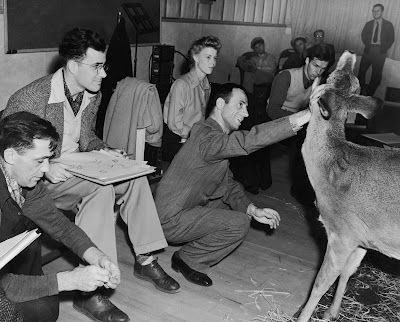 Within the animation community Rico Lebrun is mostly known for his teaching stint at Disney during the pre-production phase of Bambi. In the photo you can see him giving a life drawing class featuring a deer as a model. Seated behind him are animators Frank Thomas and Retta Scott.
His incredibly analytical motion studies of deer became an important cornerstone in the development of realistic, but "animatable" characters for the film.
When I saw these sheets below for the first time, I felt like lightbulbs were going off in my head.
Lebrun shows you the immense motion range of a deer as well as possibilities for entertainment. 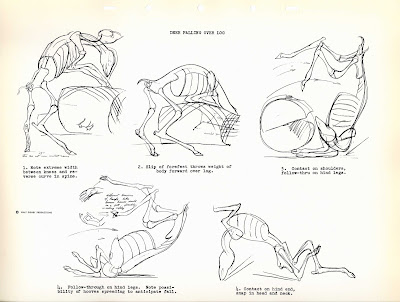 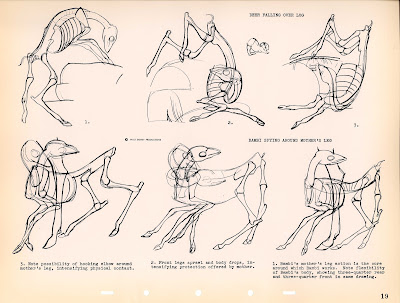 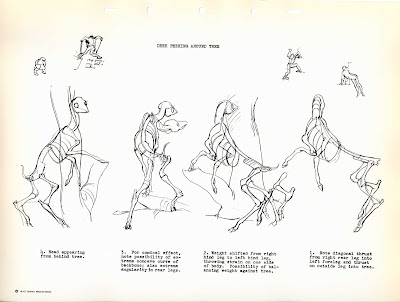 Lebrun was born in Naples, Italy in 1900, he died in Malibu, California in 1964. For a while he was a commercial artist on New York, later he taught at Chouinard Art Institute in LA, where Disney found him. 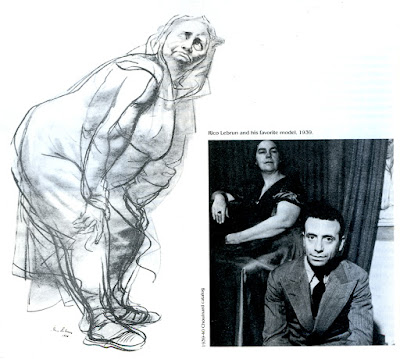 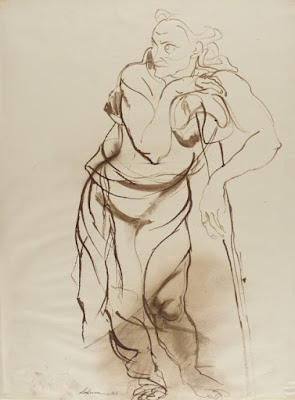 His later work (which includes murals and sculptures) became much more abstract and dealt thematically with human suffering, which he must have seen plenty of as a soldier in the Italian Army during WW I. 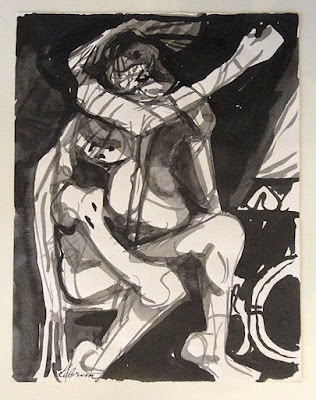 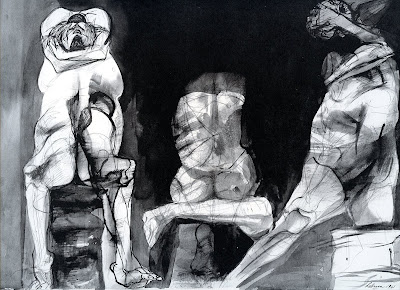