Just got back from CTN in Burbank. Had a great time, mingling with animation students and professionals. Kudos to Tina Price, she rocks for putting this expo together.
On a late Sunday night, here are images that show design ideas for Wart from
"Sword in the Stone". At the end of that film Wart is crowned to be the future king of England. As far as making this situation visually entertaining, several artists knew there could be fun in showing young Wart wearing a crown on his head that doesn't fit him. I am not sure who drew the first two sheets, the style reminds me of Bill Peet and Vance Gerry.
The following drawings are by Milt Kahl. I never quite understood why Milt 's only screen credit for character design was "Sword in the Stone". Considering all the design work he did for other movies, it seems like an oversight.
As you can see, Milt based his studies for an oversized crown for Wart on earlier
sketches. And this is typical for how he worked. He looked at drawings that had been done by other artists, and then he refined those ideas and polished them.
The last image was drawn for Ollie Johnston, who animated these final scenes in
the movie.
Disney team work in action. 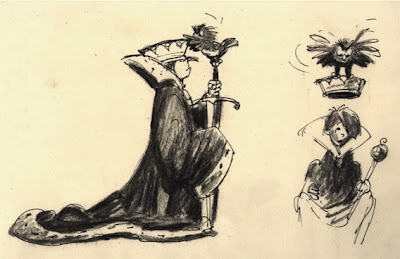 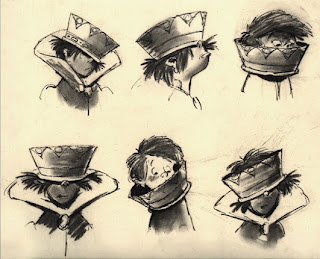 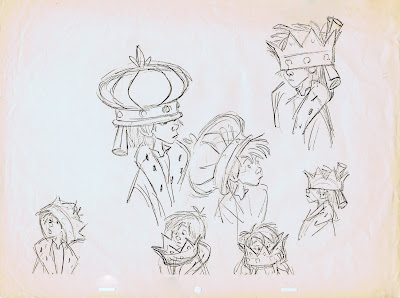 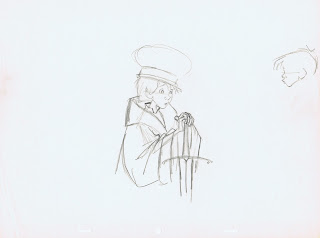 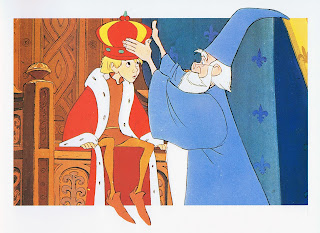