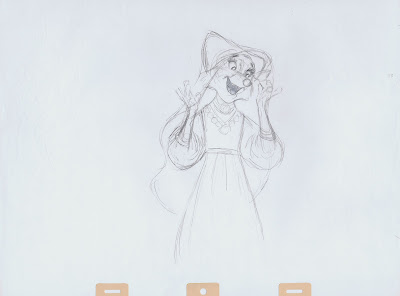 Isn't this a beautiful drawing of Maid Marian by Milt Kahl?
Look at the care and the dedication in this sketch.

Milt came up with this appealing design for Robin Hood's love interest after studying Ken Anderson's  early concept work.
Below are some of Ken's sketches of the character, and as usual they provide a teriffic starting point for any future development.
The thing with Ken's concepts is that graphically hey can be taken in a hundred different directions when it comes to finalizing them for animation. It just depends on who and what artist follows Ken's work to put his own spin on to the designs. 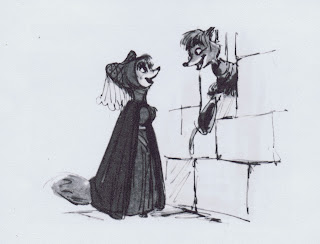 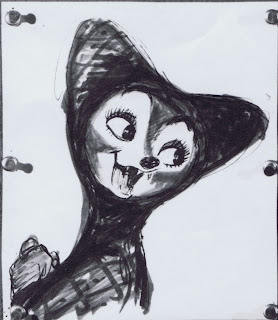 Milt would always add sophisticated draughtsmanship and appeal. His stuff is rooted in realism, even when it comes to anthropomorphic, talking foxes.
Here is an interesting quote from John Grant's book Encyclopedia of Disney's Animated Characters:
"What is intriguing, however, is that the animators have succeeded in making a vixen have the screen presence of an attractive woman. In part this must be due to her voice, supplied by Monica Evans,  but this cannot be a total explanation. One must simply applaud the skill of the Disney animators."

Indeed! Milt had a way with designing appealing female animal characters such as Lady from Lady & the Tramp and Maid Marian.
Frank Thomas animated her beautifully during the archery tournament with sensitive, feminine acting.
Milt's sketches below were done for those Thomas scenes in order to maintain model consistency. 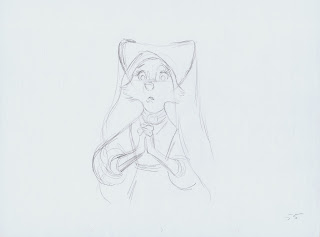 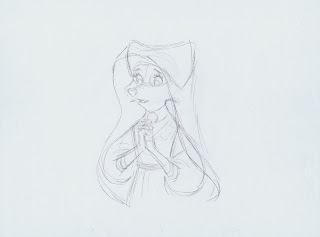 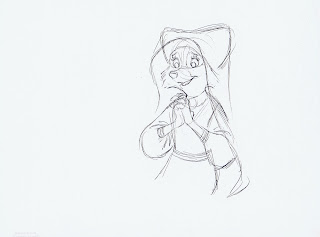 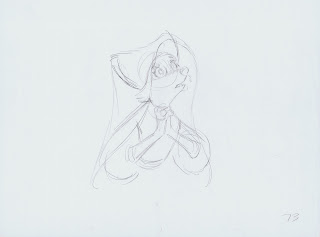 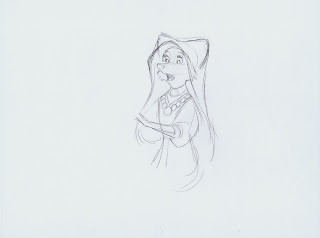 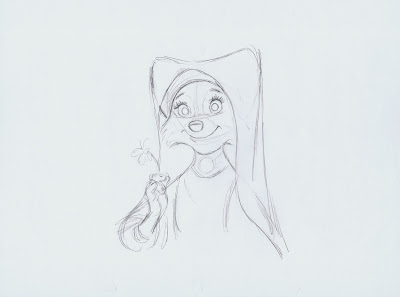 A cel from one of Milt's own scenes. 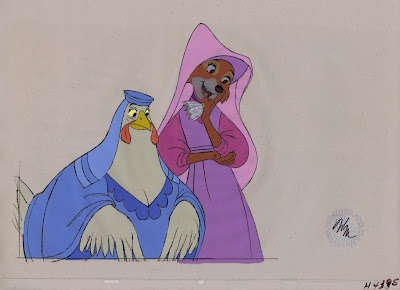