I have kept xeroxes of a few magazine articles written by the one and only Grim Natwick, such as this one, for a long time. I just can't remember exactly which magazine they are from, but I do believe it was a UK publication from the late 1970s.
In this edition Grim talks about Disney animators Ollie Johnston, Marc Davis (who assisted Grim on the character of Snow White) and Milt Kahl. He discusses some of their work as well as their individual hobbies.
I will post his other articles soon.
Terrific caricature of Milt Kahl by Richard Williams. 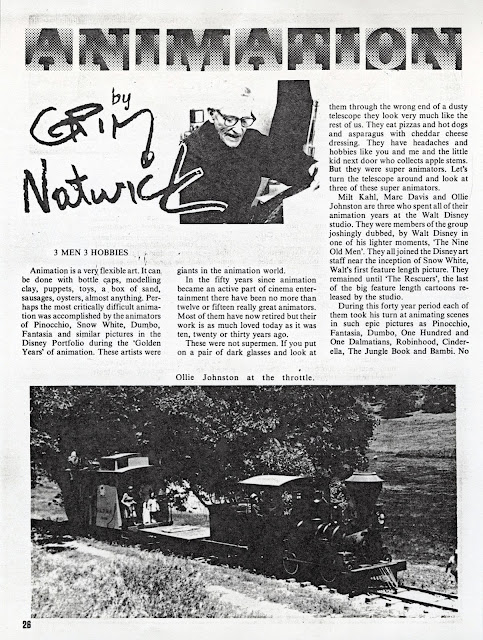 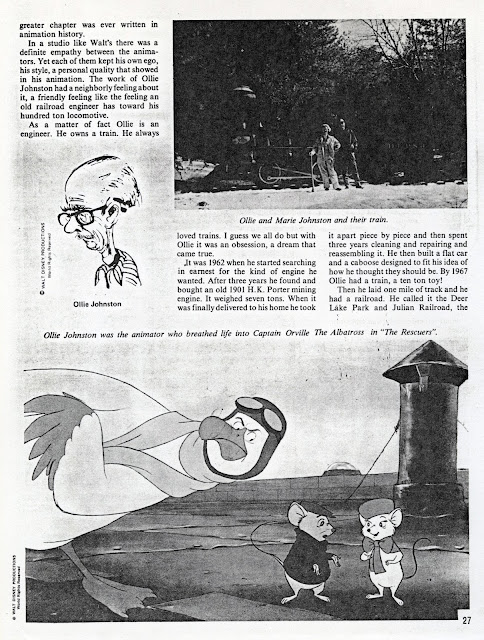 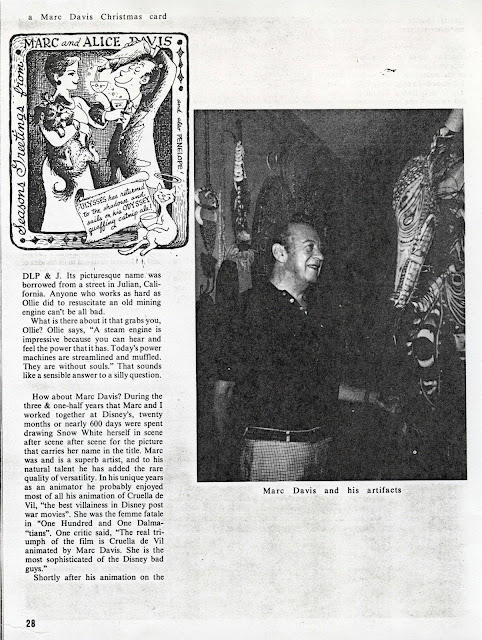 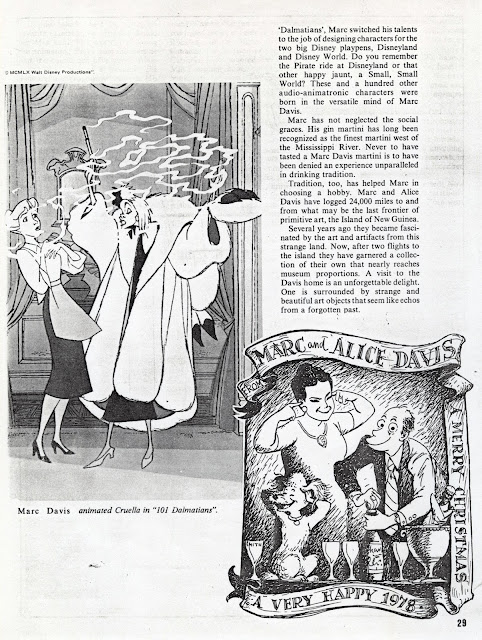 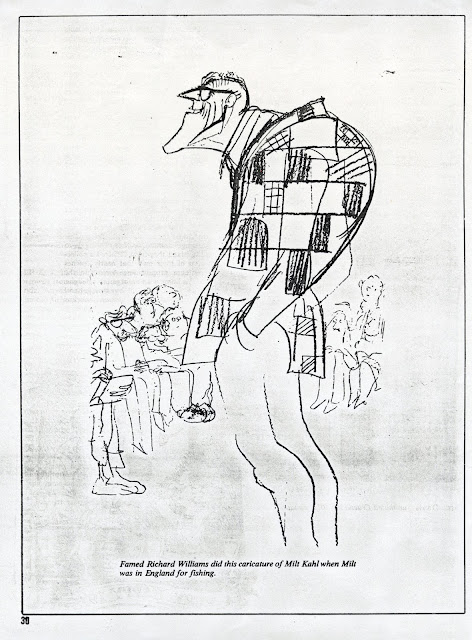 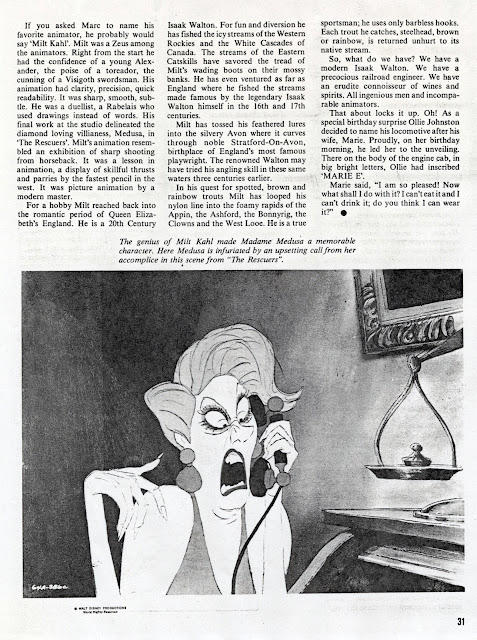