Last year I had the chance to purchase a few original sketches from the estate of Wilhelm M. Busch in Germany.
I was sent a disc with images of many works depicting circus scenes. Large oversized drawings that would be up for sale.
It was pure torture to select just a few, all of them were breathtaking.
These are works done on the spot at the circus, either during rehearsals or performances. (most likely during the 60ies or 70ies)
Busch didn't care about making pretty drawings here, to capture the essence of the moment was the most important thing. There is thorough observation and an honest truth in them, that makes it easy for the viewer to relive those moments.
Busch captured these "Kodak" moments in his head, then put them down on paper, a few strokes within seconds.
Fascinating what is left out, only the most essential lines define an animal like the marvellous leopard. 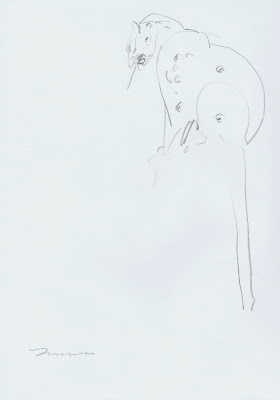 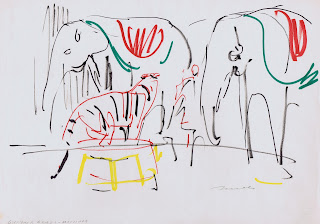 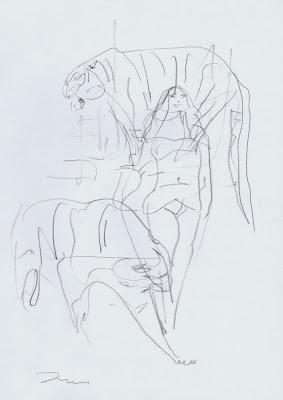 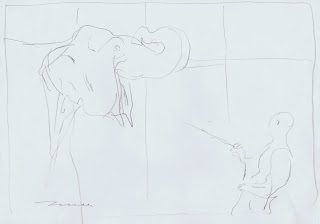 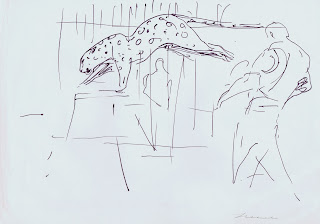 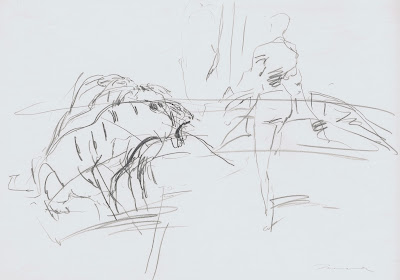