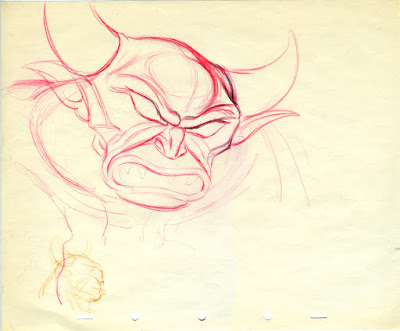 If you'd ask me what Disney villain is the scariest, most evil, terrifying...my answer would be The Devil on Bald Mountain from Fantasia. Not much character development here, but a glorious  animated nightmare. Animation, effects, art direction...like Milt Kahl said:"There has never been anything like that since." 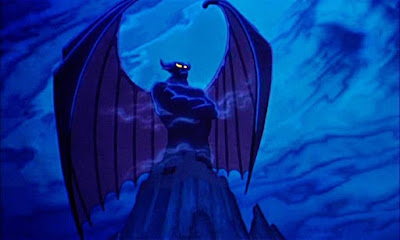 When it comes to villains in live action films, I can think of a few that scare the popcorn out of me.
Here are a few in no particular order of frightening degree.
Anthony Hopkins plays Dr. Hannibal Lecter so believably as a psychopath with cannibalistic habits, it's hard to look at the screen when he looking into the camera. This film frame alone... 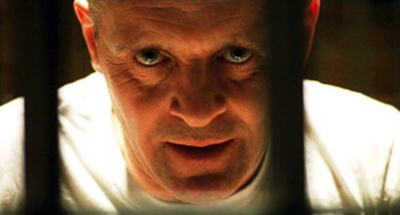 Heath Ledger was so terrifying as the Joker in The Dark Knight, I went home after I saw the film and watches a sequence from The Aristocats (to calm down). 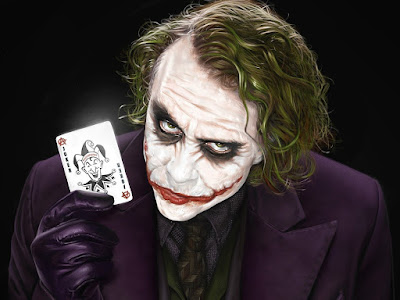 Jack Nicholson was made to play villains. He almost ended up voicing Hades for Disney's Hercules.
Talking about a gifted actor who has fun portraying evil. 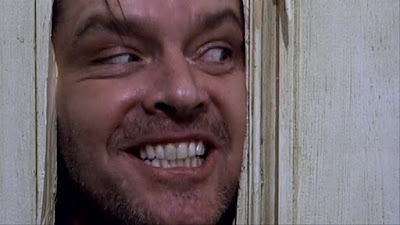 Villains can be very good looking. It's a strange, but powerful concept.
Ralph Fiennes as Amon Goeth in Schindler's List. 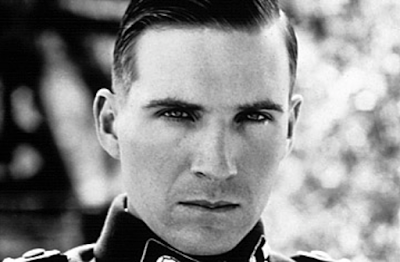 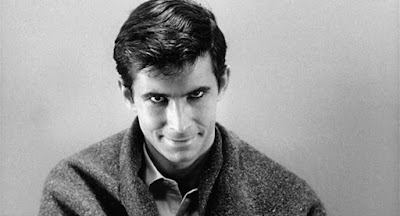 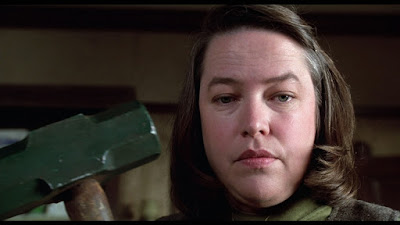 I saw Clockwork Orange only once, will never watch it again. An amazing movie...too intense for me.
Actor Malcolm McDowell as Alex. 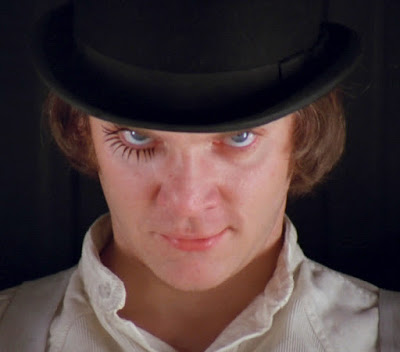 Movie bully #1, Zack Ward as Scut Farkus in A Christmas Story. One of my favorite films. 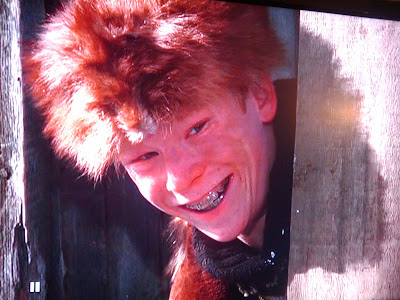 Another one of my favorite films, Spielberg's Jaws. Amazing script, actors, and the fact that you saw the shark only a few times helped elevate this film to classic status.
(Btw, right now we are having more sharks, Great Whites and Hammerheads, off the Southern California coast than ever before..scary stuff). 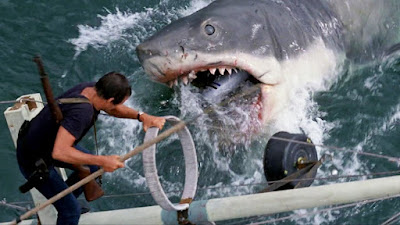 To me this character just might be the scariest of all screen villains. Actor Helgi Skulasson played a murderous tribe leader in the 1987 Norwegian film Pathfinder. This man has the look of death in his eyes. I apologize for the low res image, this is the only one I could find on the internet.
I really like the movie. Simple powerful story, great casting and....him!! 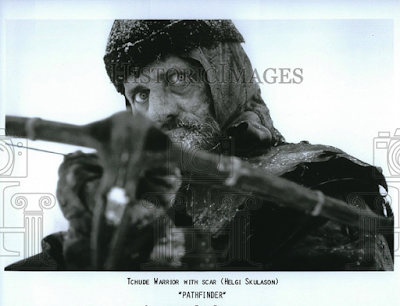 
Here is a link to a recent article about the villains I animated at Disney for Disney Insider:
http://blogs.disney.com/insider/2015/10/26/animator-andreas-deja-on-crafting-famous-disney-villains/