I  want to follow up on yesterday's post with some of Marc's development work on
Flower, the skunk from "Bambi".
After having done years of story sketch work on the film, it was Walt himself who suggested that Marc should try animation.
Marc said:" So Walt turned to Milt Kahl and Frank Thomas and said: I want you to make an animator out of him."
Flower became his first character, and to get started he did a lot of research of life skunks. These preparatory sketches are beautiful and show thorough analysis.
Joints, hip bones, the whole inner structure is observed and understood.
After that  the character's  personality dictates certain poses and attitudes.
What an astonishing start to a legendary animation career. 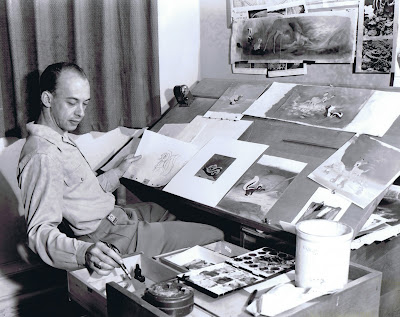 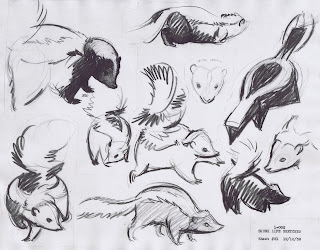 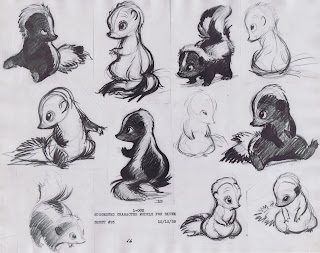 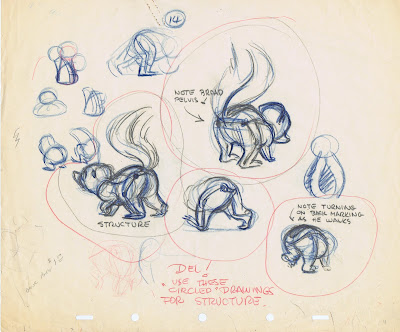 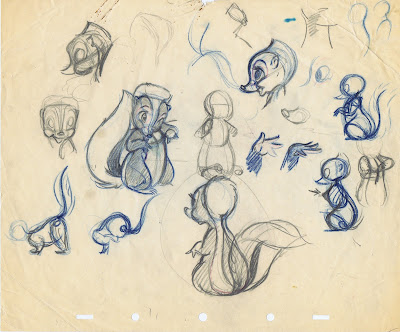 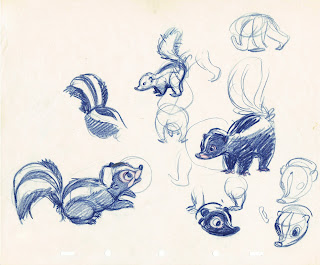 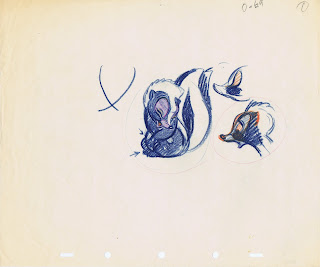