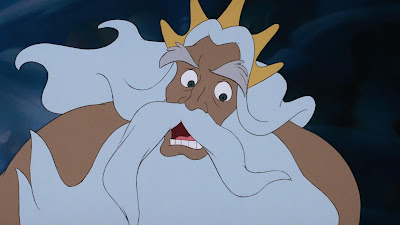 I just realized that during my years of blogging I haven't posted anything yet on King Triton from The Little Mermaid. Actually I didn't think I had kept any such material, so to my surprise a bunch of first pass rough animation scenes just surfaced in a far corner of my archive.
In this scene Triton is pretty darn mad at Ariel, who seems to be smitten by this human guy. His dialogue goes: "(Humans are) spineless, savage, harpooning fish eaters..."
It was fun to animate, because his emotions are very strong here. One thing I remember having just figured out was how to treat Triton's hair and beard. Earlier my first scene with him showed his hair resting on his back and shoulders, and that just didn't look like an under water scene at all.
In order to achieve that effect, hair needs to float as it reacts to under water currents.

These are the key drawings from the scene, but I did do all of the in-betweens as well. I recall in those days we had either very few or possibly no rough in-betweeners, a cost cutting measure.
I never felt comfortable though "selling" my rough animation as a pose test, which looks like a slide show version of your scene, with missing in-betweens. So I ended up doing my own assistant work, which really didn't take very long since these drawings were loose and sketchy.
For these scans I pushed the contrast a little, the lines on the 12 field paper are a very light blue. It is freakish to see that the paper has aged, but this stuff is now a few decades old...crazy!
Ahhh...the good old days...but actually they are still good, since I am still doing this sort of work. 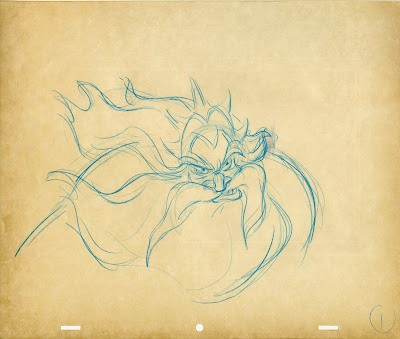 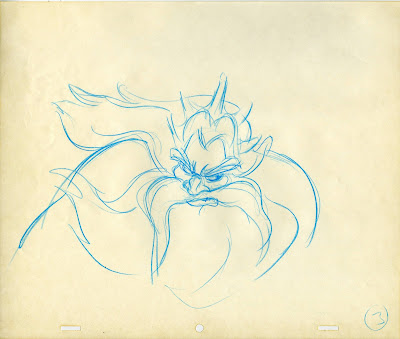 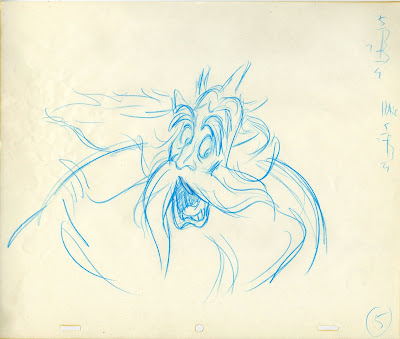 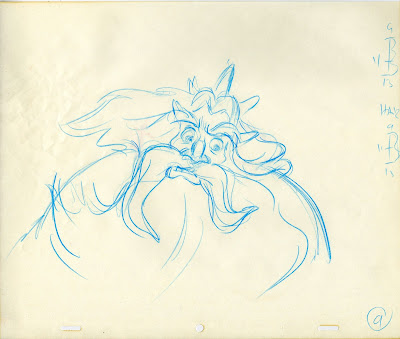 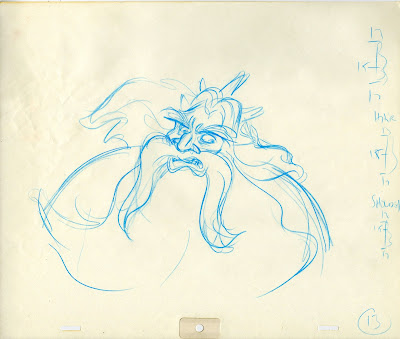 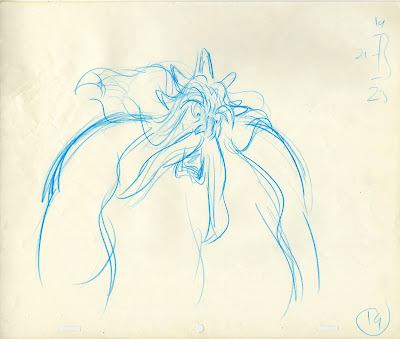 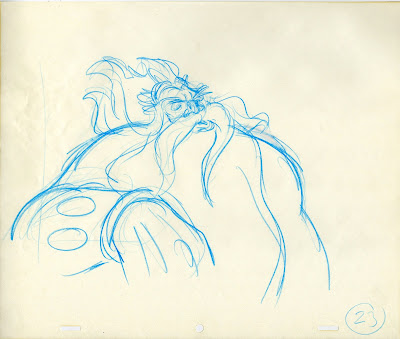 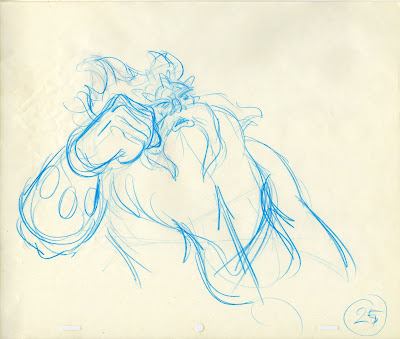 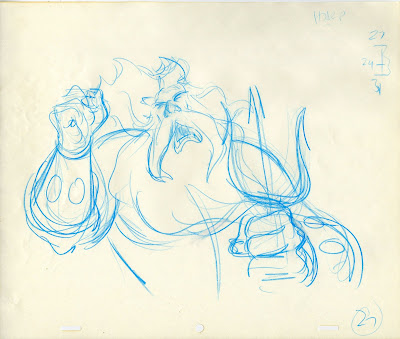 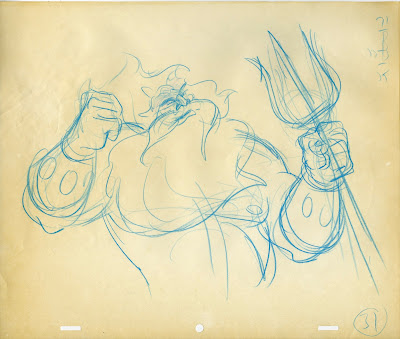 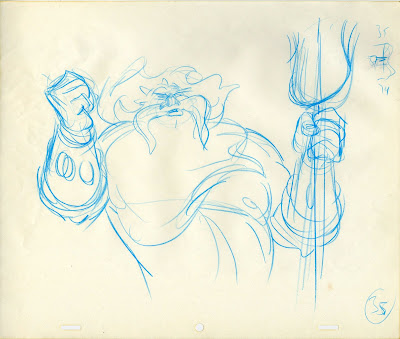 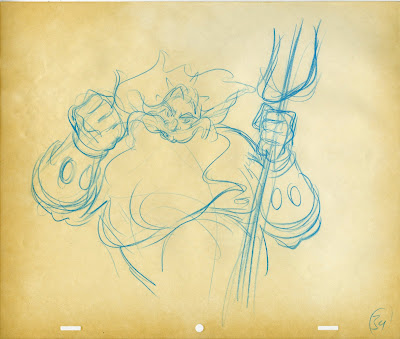 One thing that puzzles me about this scene is that I didn't draw my precise graphite lines on top of each pose as per my usual work method. Instead I used new sheets of paper and tied down the character in a clean manner, so my clean up assistants would have an easier time doing their work.