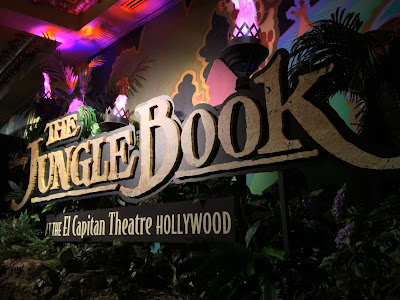 I had the chance to watch the new live action/cg version of The Jungle Book last night.
Really liked it. Great script, and the jungle they created for the film is pretty spectacular. For the most part the animal motion looks pretty good. The one thing I could have brought to the film is an improvement in all the dialogue scenes. The animators seemed to have been a little timid in defining mouth shapes that reflect the actor's voice reading within the realistic mouth configuration of each animal.
That being said, I recommend the movie highly, it's epic.

As a reminder if the 1967 animated version, I want to post keys from a scene by one of Disney's unsung heroes, Eric Cleworth. His work on The Jungle Book as well as other films is every bit as good as that of the supervising animators. Here Colonel Hathi brags in front of the herd about his past military glory: "It was then I received the Victoria Cross for bravery above and beyond the call of duty!"
Cleworth mimicked the walk of a human drill sergeant, pompous and very pleased with himself.
What can I tell you...I LOVE this scene. The way Hathi slowly puts one foot in front of the other, before clicking his heels together at the end. Putting his bamboo stick behind his ear adds a nice acting touch.
Everything is applied here, the massive weight of an elephant, perspective and character attitude.
The end result looks entertaining and utterly believable. Brilliant!! 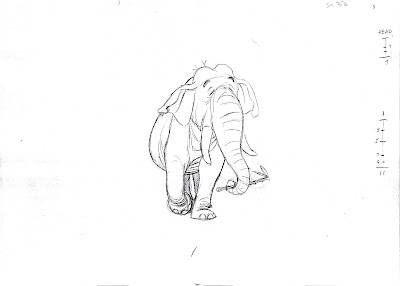 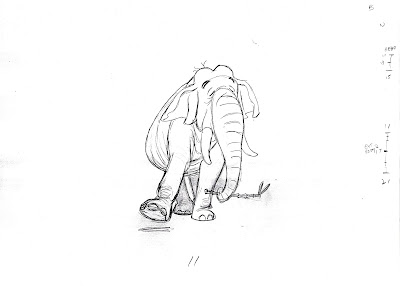 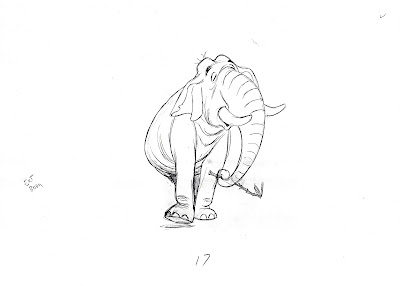 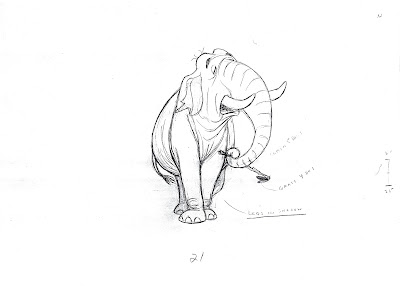 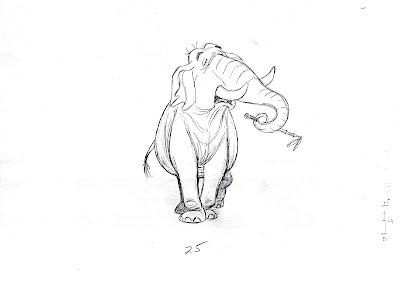 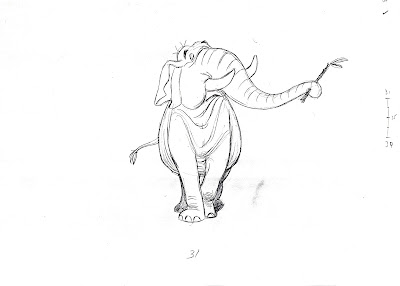 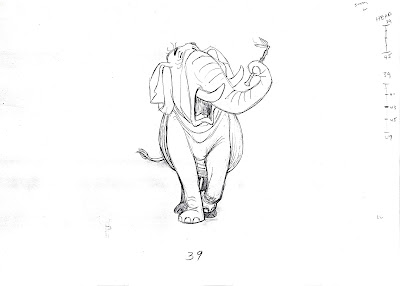 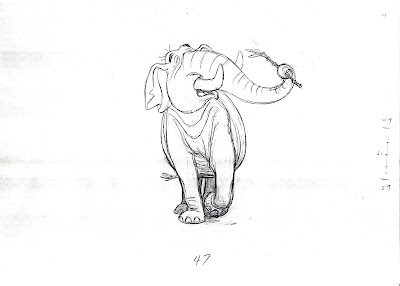 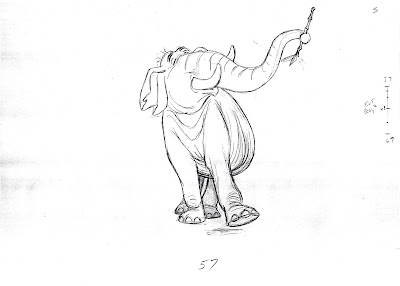 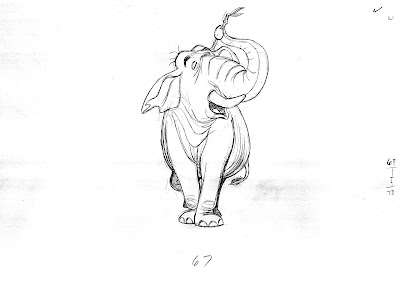 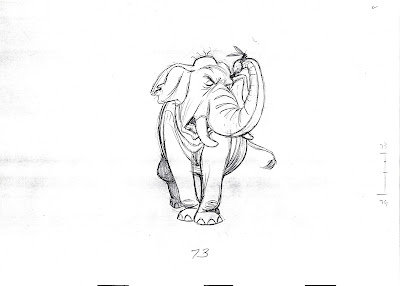 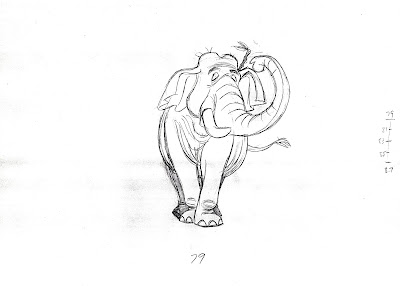 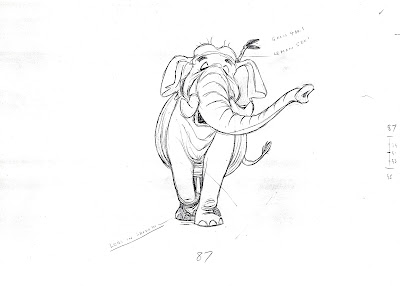 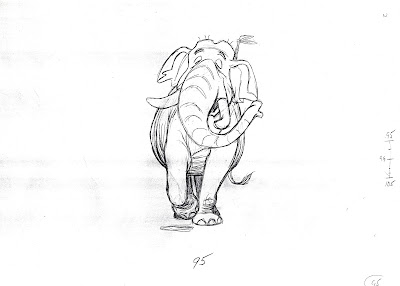 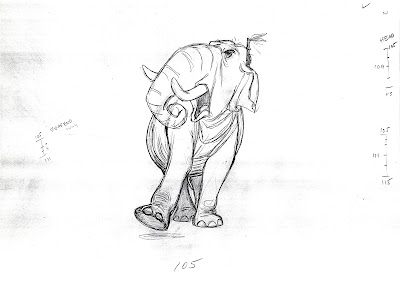 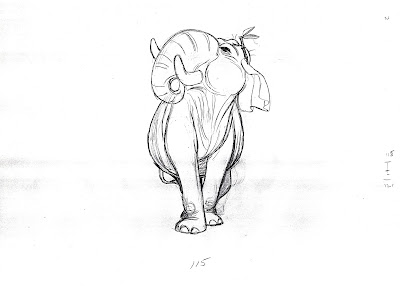 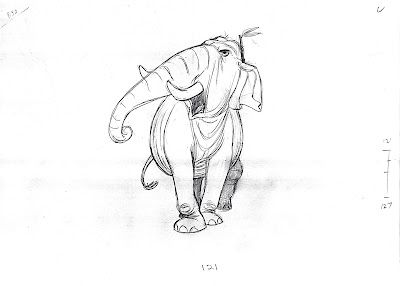 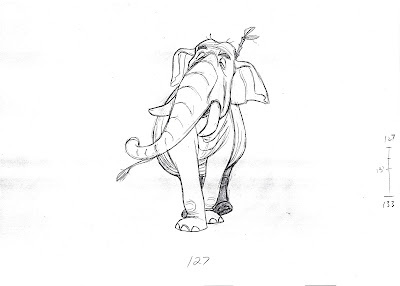 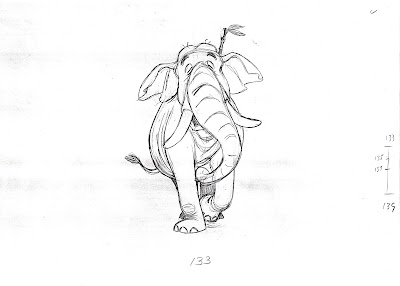 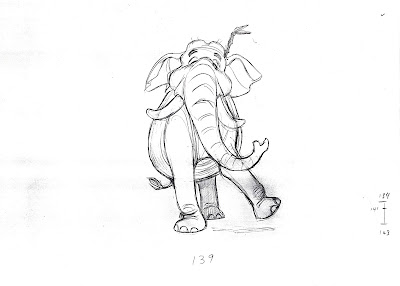 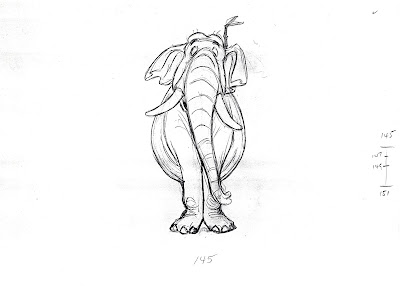 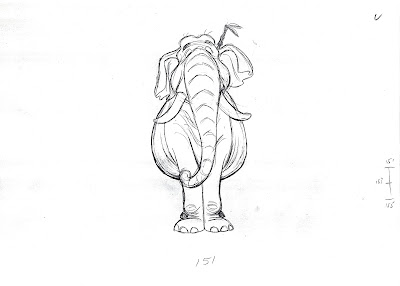 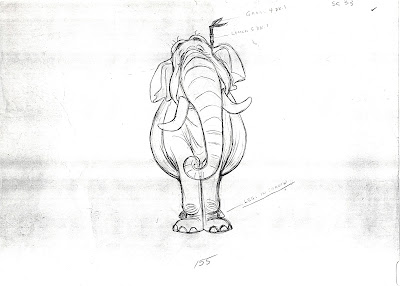