Well, sort of.
Baloo in particular partied a little too hard with King Louie and the monkeys.
Ken Anderson came up with this beautiful sketch, which shows where Bagheera, Baloo and Mowgli are settling down after the rough encounter with the King of the Swingers.
That sketch was the inspiration for the stunning production background. 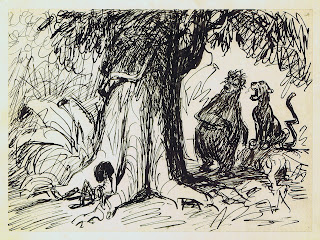 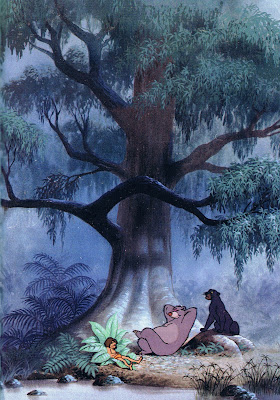 Ken also imagined what an "after party face" might look like on Baloo.
Milt Kahl then did his version based on Ken's, exaggerating  the black eye and the swollen cheek. 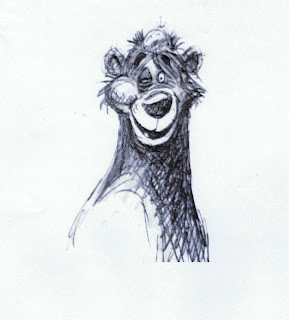 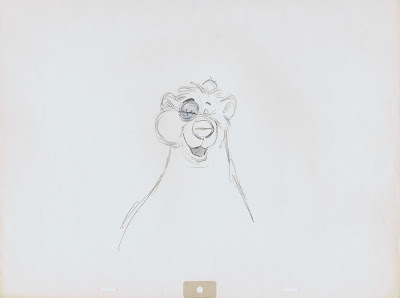 Bagheera is being told, he doesn't look like a basket of fruit either.

And here, one of my favorite Kahl drawings!!
He did this one and the other sketches for Ollie Johnston, who ended up animating the whole sequence.
Bagheera is pointing out that Mowgli doesn't belong in the jungle, he is a human after all.
This is Baloo's response to Bagheera's line: "You wouldn't marry a panther, would you?"
What a hilarious reaction !!! It is the essence of "I don't know!" Baloo goes on: "No panther ever asked me." Amazing economy of lines. The drawing should hang in a museum.
This is a great bit of character dialogue, and I find this sketch absolutely hysterical. Milt's Baloo looks more stylized than Ollie's, nevertheless this pose made it intact into Ollie's final animation. 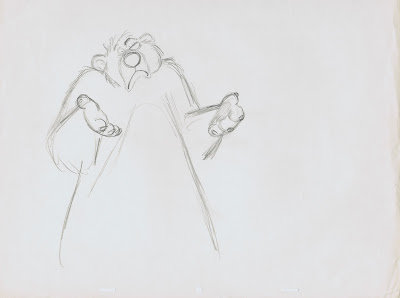 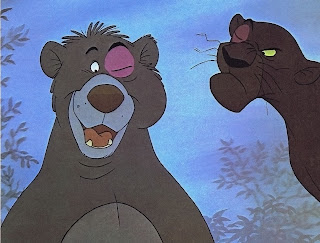