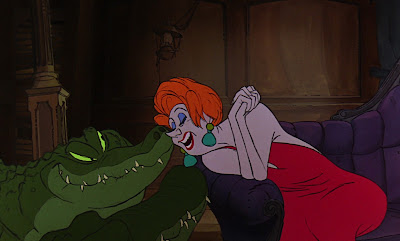 Milt Kahl had a way of challenging himself when animating his final character, Madame Medusa for the film The Rescuers. Acting and drawing are not based on live action reference, all of this comes out of Milt's head.
After throwing her boot at Snoops, Medusa turns her attention to her alligators, Nero and Brutus.
Her mood swings from anger to affection. Snoops failed her, but the alligators are still in her favor.
The action that follows is vintage Milt. Medusa throws the boot back to Snoops, during which  Milt breaks her arm for one frame on #18 in order to support the action.
When she turns to he alligators, Milt had a certain final pose in mind. And this is what's so cool:
Her elbows connect first, then the palms of her hands, and finally the interlocking of her fingers.
Great stuff! 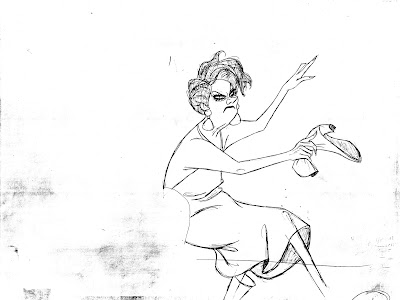 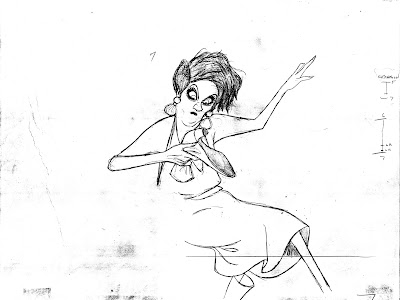 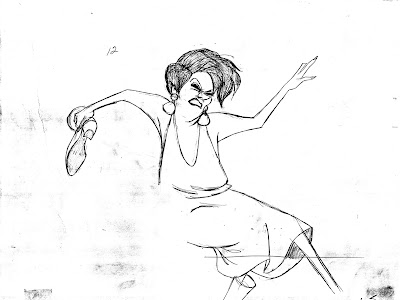 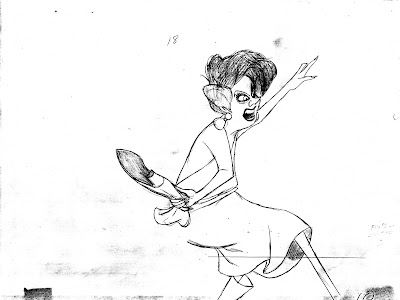 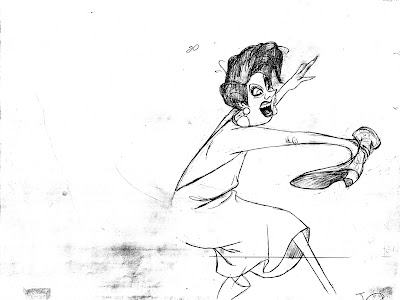 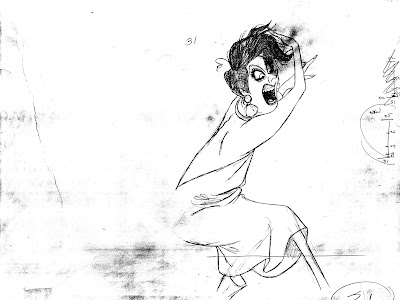 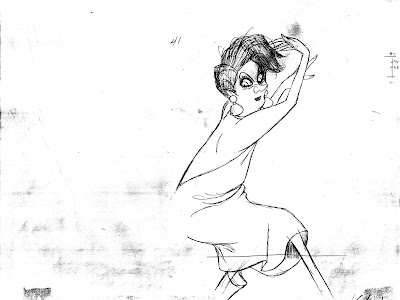 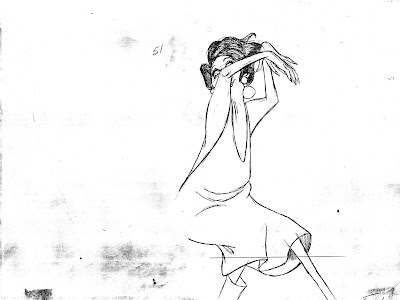 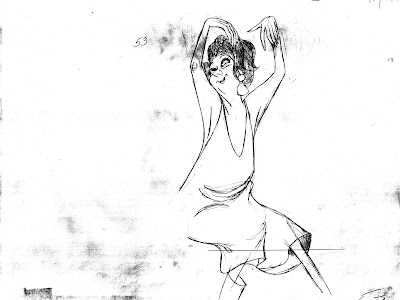 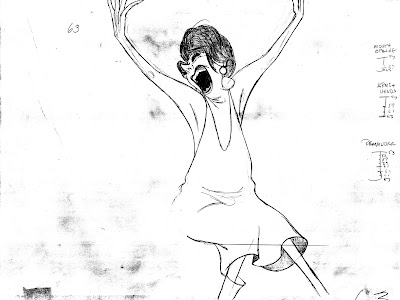 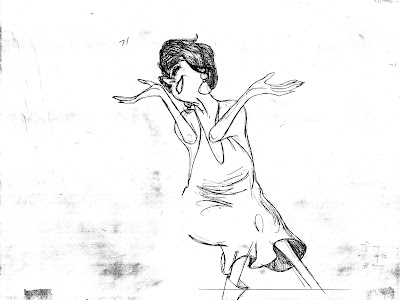 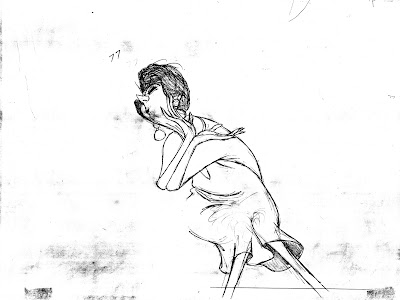 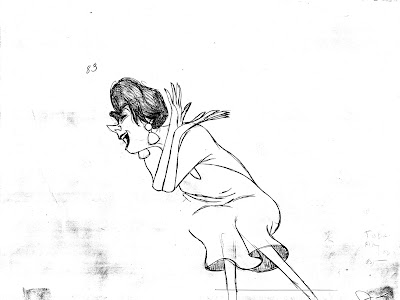 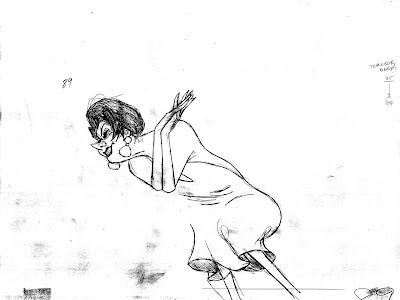 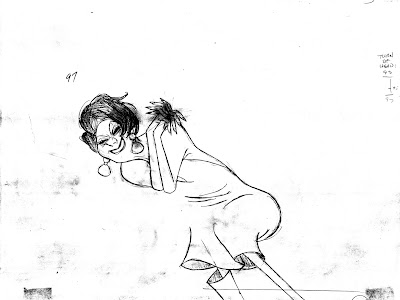 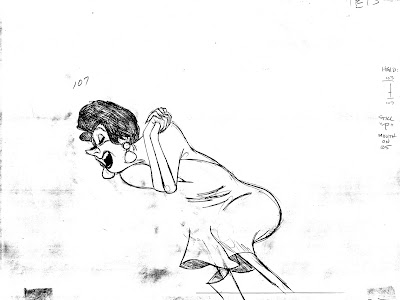 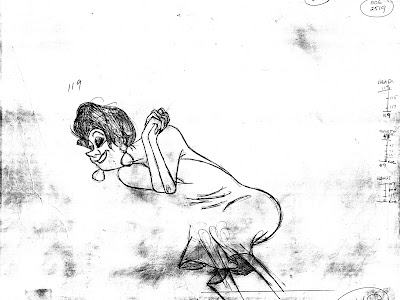