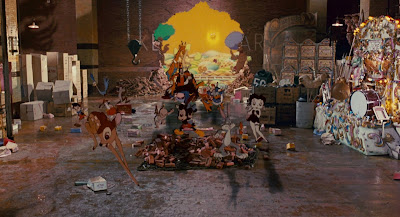 I think this was the most labor intensive scene I ever animated (represented here by the first two film frames). It was toward the end of animation production, when I as asked to do the front row of characters racing through the hole in the ACME Factory's wall toward camera, and stopping in front of the melted villain, Judge Doom. The group of characters included Disney personalities, but other studios as well. Like Bugs Bunny, Daffy Duck, the Roadrunner, and Betty Boop.
This wasn't a very long scene, just with a lot of characters. And everyone was supposed to move in character. That meant studying VHS tapes of classic short films from Warners and Fleischer.
I had a blast animating this great variety of cartoon icons, but I do remember being asked frequently by the production manager: "Andreas, WHEN ARE YOU GOING TO FINISH THAT SCENE?!" 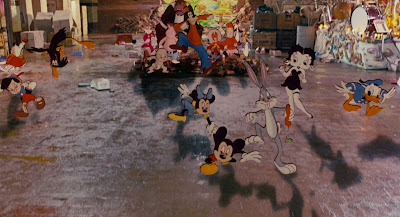 We cut a little closer for comments by these animation a-list characters. To this day animator Nik Ranieri gives me grief for not drawing Bugs on model. 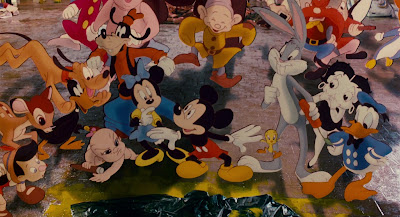 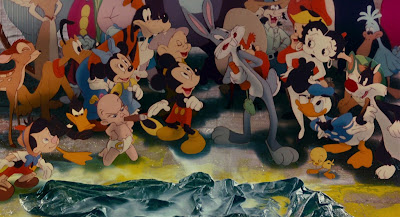 We cut even closer for Pinocchio's line of dialogue. I forgot I also drew Droopy and Speedy Gonzales  here. Maybe not 100% on model, but great fun to do. 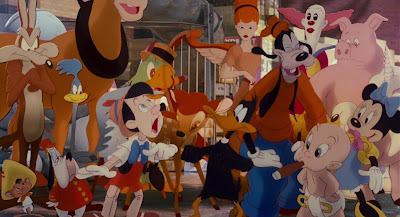