Wether applied forcefully or subtly, I don't think anything comes alive without it.
Hollywood animation from the 1930s to the late 1940s normally shows a broad use of squash and stretch. As the years went on and animation styles, especially at Disney, integrated more realism, distortions of a character's head or body were handled more subtly and carefully.

I don't know from what short film this elephant originates from, but this bold shape change works magnificently. Note that the bulk of the body moves forward, but the rear moves backward for counter balance. 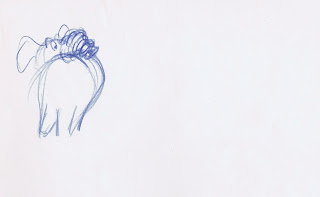 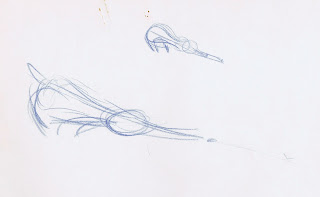 The goal keeper from Bedknobs and Broomsticks inhales, with his trunk all squashed in, holding the soccer ball. The forward stretch position is either from another scene or it preceded the squash drawing.
Milt Kahl had something to do with these two sketches. Looks like he made corrections on someone's scene. 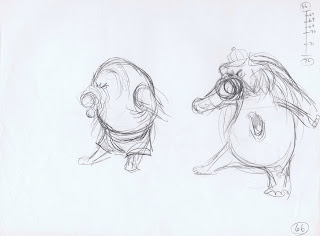 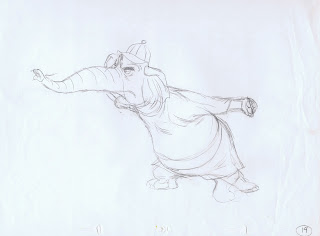 Bill Tytla was a master of distorting the forms of his powerful characters, like Stromboli.
When he animated the devil on Bald Mountain shortly afterwards, he did not go nearly as far though.
Because of the degree of realism in the devil's design he knew that in order to be convincing, squash and stretch needed to be incorporated much more subtly. 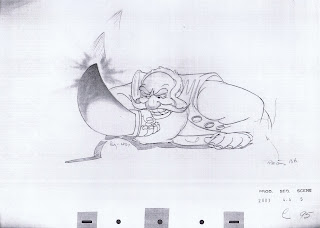 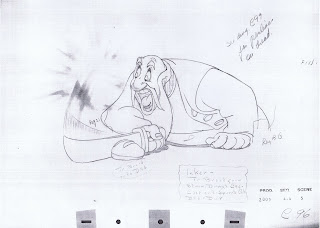 Fred Moore animated Lampwick as a donkey. In his horrified state he anticipates, then stretches forward in a loud call for help. Beautiful counter action on the arms and ears. 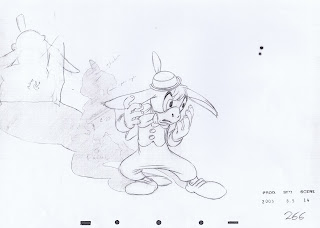 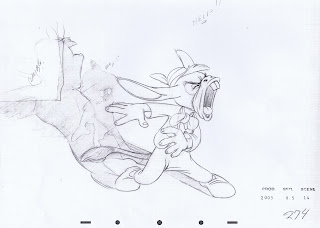 Very gutsy change of shape as Archimedes hops forward. The animation is on one's and very fluid. What you see is smooth motion, the drastic change is only felt. That's a Kahl scene of course. 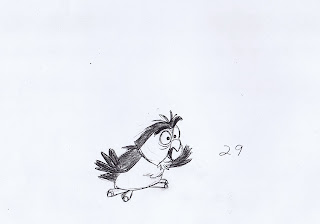 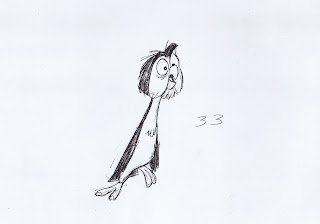 Baloo moves around his sparring partner Mowgli in a series of hops. The graphic change is more subdued here and not by the book, but then again Frank Thomas always had his own unique way of using animation principles. 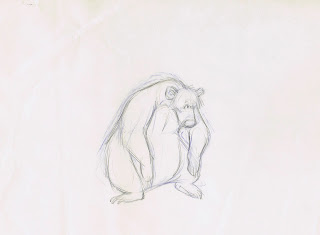 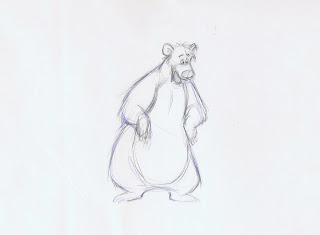