Even more on Milt's Sword in the Stone 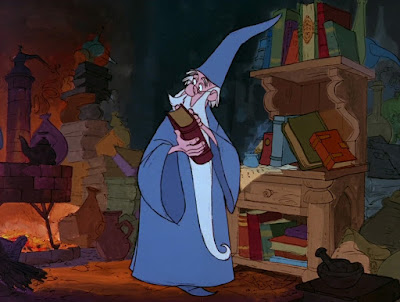 One more in a series of posts regarding Milt Kahl's work on Sword in the Stone.
Milt loved working on this film, because his character design sensibilities and overall draughtsmanship dominate the movie. (This is the only time he got character design credit, along with Bill Peet.)
He did plenty of drawings for fellow animators to improve the characters' appearance.
The following two sketches were done for Frank Thomas scenes. 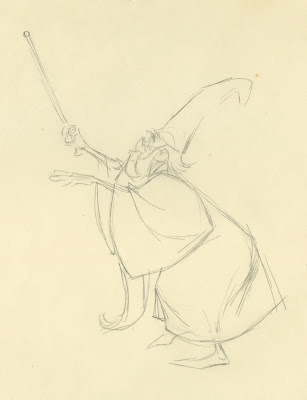 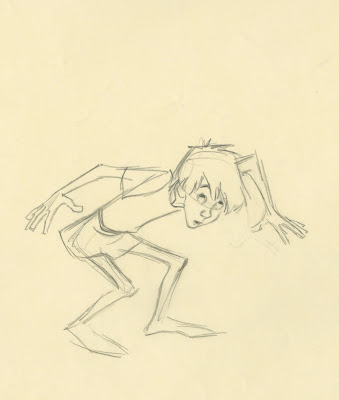 This one is for an Ollie Johnston scene. 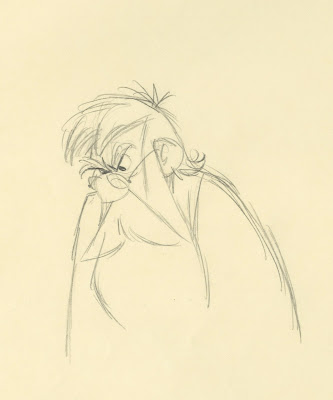 Being the fisherman that he was, Milt probably enjoyed designing the villainous pike. 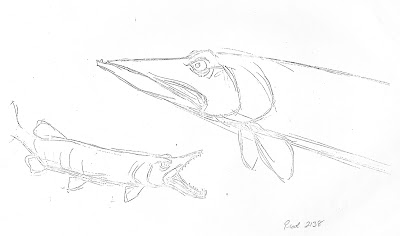 Milt drew these poses of Madame Mim as a rhino, ramming into a tree, for John Lounsbery. 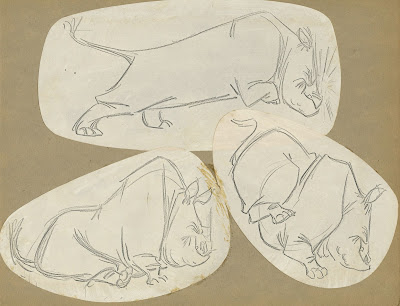 A sequence of drawings from one of his own scenes. Sir Ector is arguing with Merlin over the issue of Wart's education: "I'm running this place, and if you think you gonna fiddle (with my schedule, you better pack up your bag of tricks and be gone!)"
The scene was re-used and extended later on in the film when Ector is wearing armor. 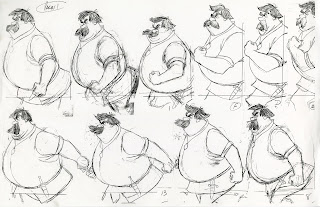 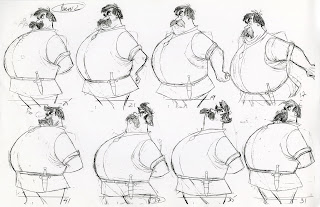 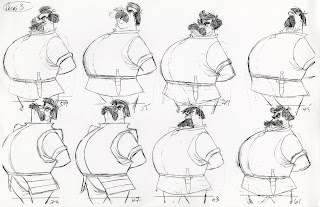 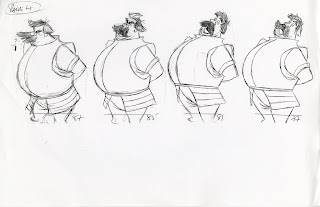 A final frame including both characters. 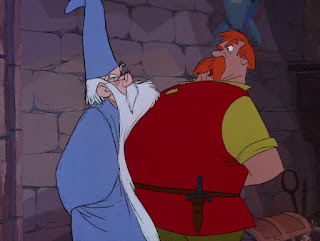 By the way, if you want to see a pristine HD version of The Sword in the Stone, check out Amazon Prime TV. Disney's DVD release years ago already looks very nice, but to see it in such high definition on Amazon is pure joy. For the first time you can fully appreciate Walt Peregoy's incredibly  inventive color scheme for the film.
Unfortunately I can not recommend the film's Blu-ray release, I find it unwatchable. The characters look like they were animated with thick sharpies.

For more of Milt's drawings from the film, go here: