Milt Kahl in The National Enquirer 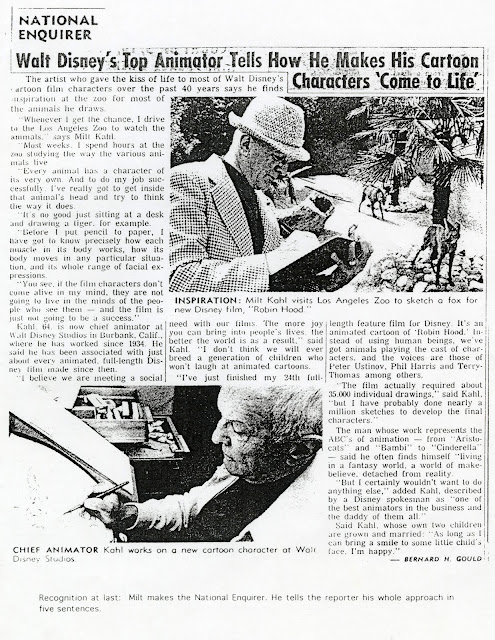 This article was published at the end of 1973 to help promote Disney's Robin Hood. (The footnote after the article is by Richard Williams.)
While it includes some good good information about Milt's research before he actually animates, most of the quotes just don't sound like him. I doubt that Milt went to the LA zoo regularly, he much preferred studying live action film of animal motion at the studio on his moviola. "The film required about 35.000 individual drawings"...?? Where does that ridiculously low number come from?
This reminds me of the utterly uninformed TV hostess from Dallas, who tried to interview Milt around the same time:
http://andreasdeja.blogspot.com/2012/11/milt-kahl-talks-robin-hood.html

As great as it is to find a newspaper article on any Disney animator, take this one with a grain of salt.


Milt's beautiful size comparison sheet, featuring some of the main characters. What a great variety of shapes and volumes. 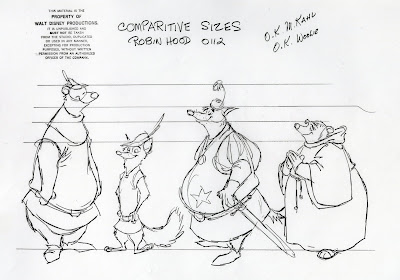 These couple of drawings show how Milt went over John Lounsbery's poses for the Sheriff of Nottingham. 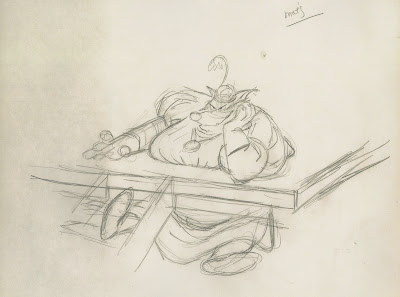 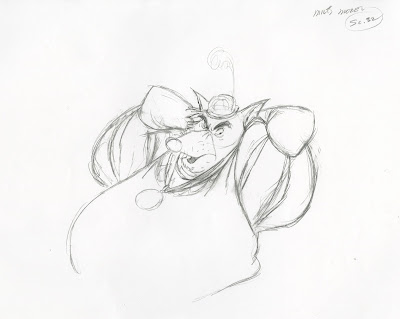 A model sheet made up of rough key drawings from Milt's animation of Little John.
The range of expressions, the appeal...speechless! 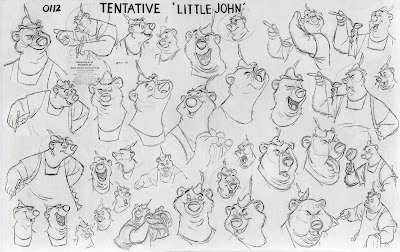