From Ken to Milt 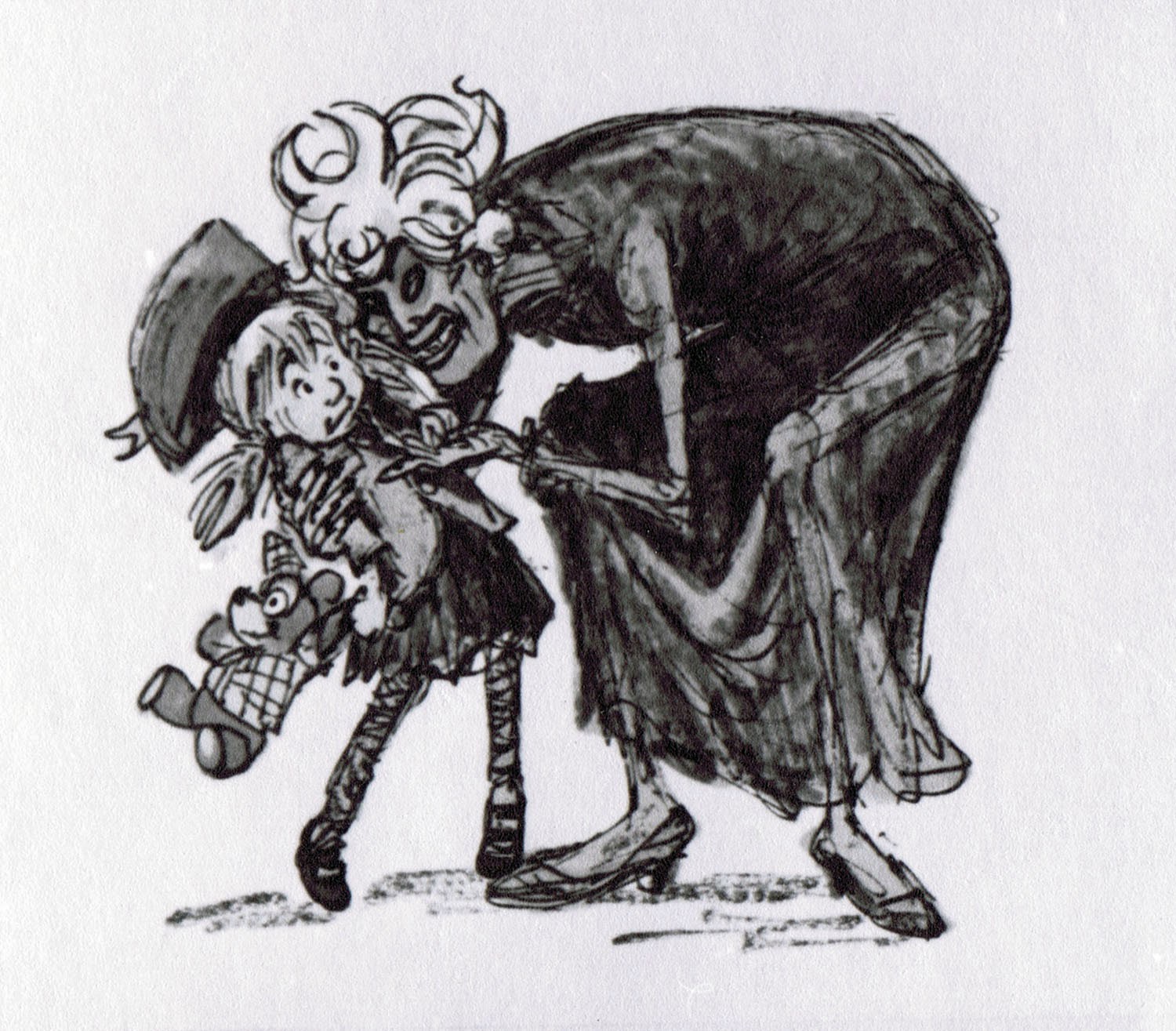 Here is another design idea for Madame Medusa (and Penny) by Ken Anderson.
He definitely tried to incorporate the idea of the classic Medusa image with snakes growing out of her head. 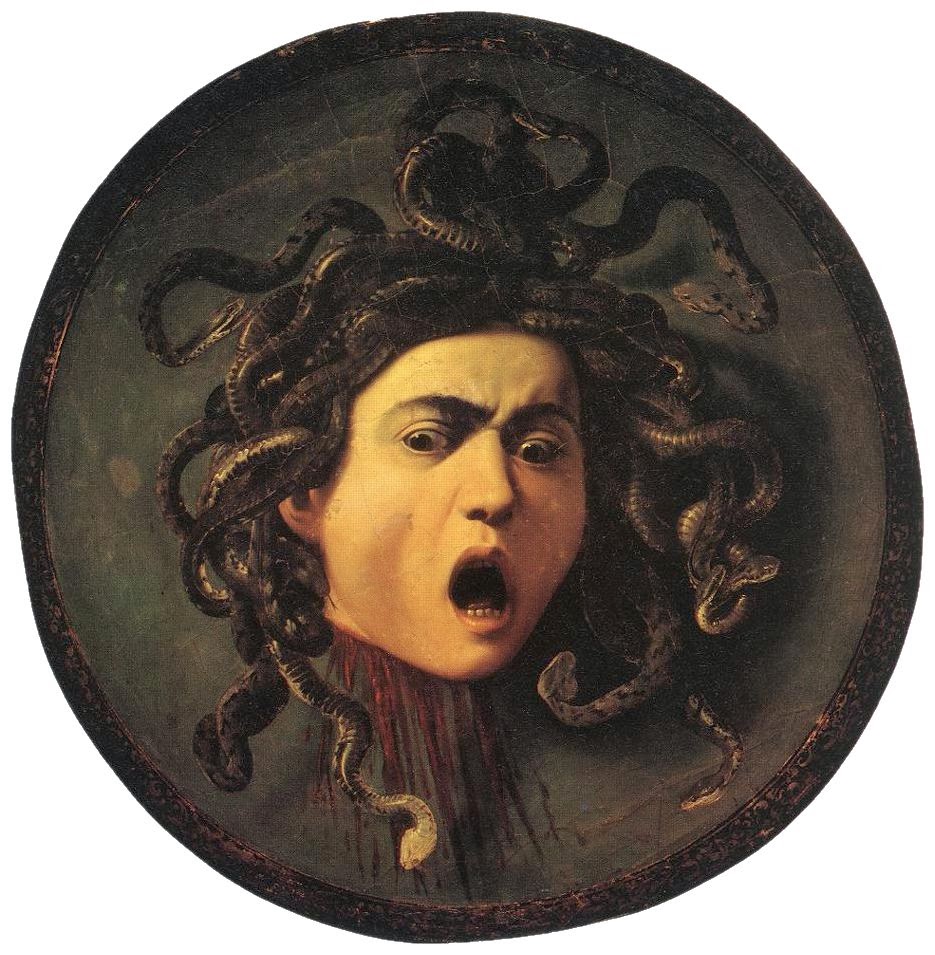 Milt Kahl eventually came up with his own design for the character. His Medusa resembles one of his earlier creations, when Madame Mim briefly turns into a beautiful woman. 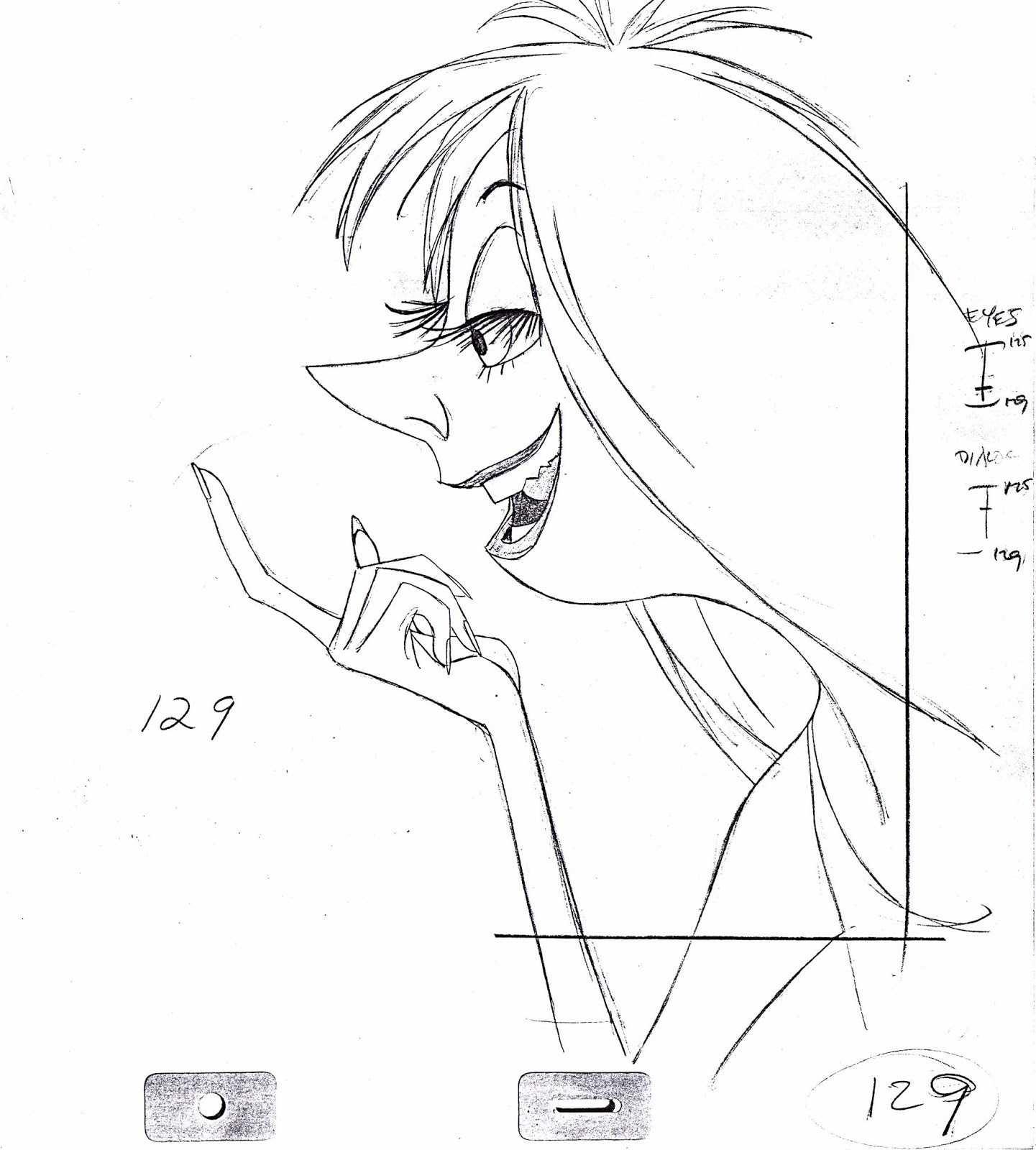 This Anderson sketch shows Medusa and Penny in an awkward embrace. Milt liked the situation and the way it was staged, and he made use of it in a scene toward the end of the film. “(Ah, ah, ah, Snoops, that is no way) to speak to our little Miss Penny.”
The way Milt animated Medusa approaching Penny doesn't look like a person...more like a weather system. Amazing. 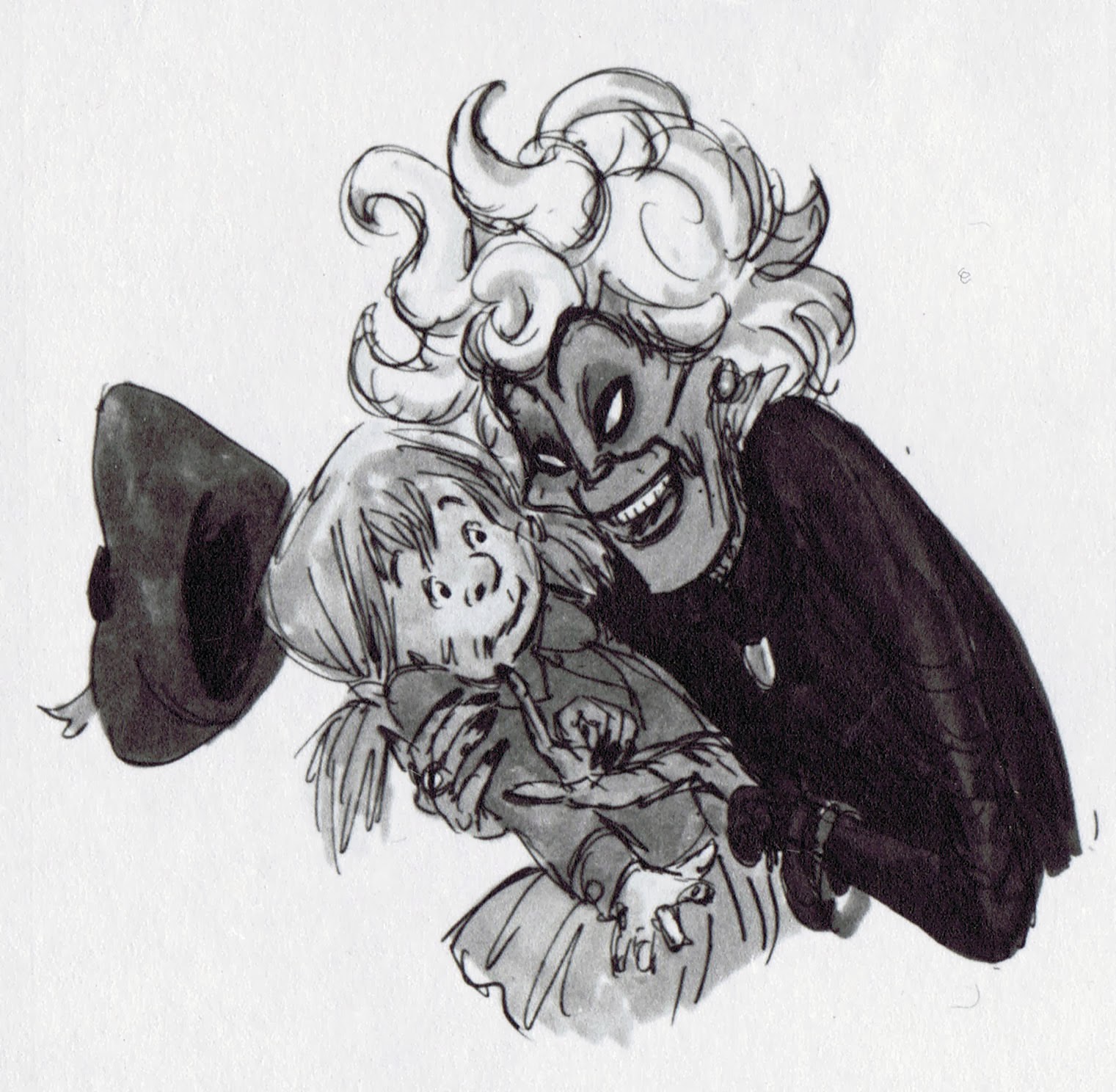 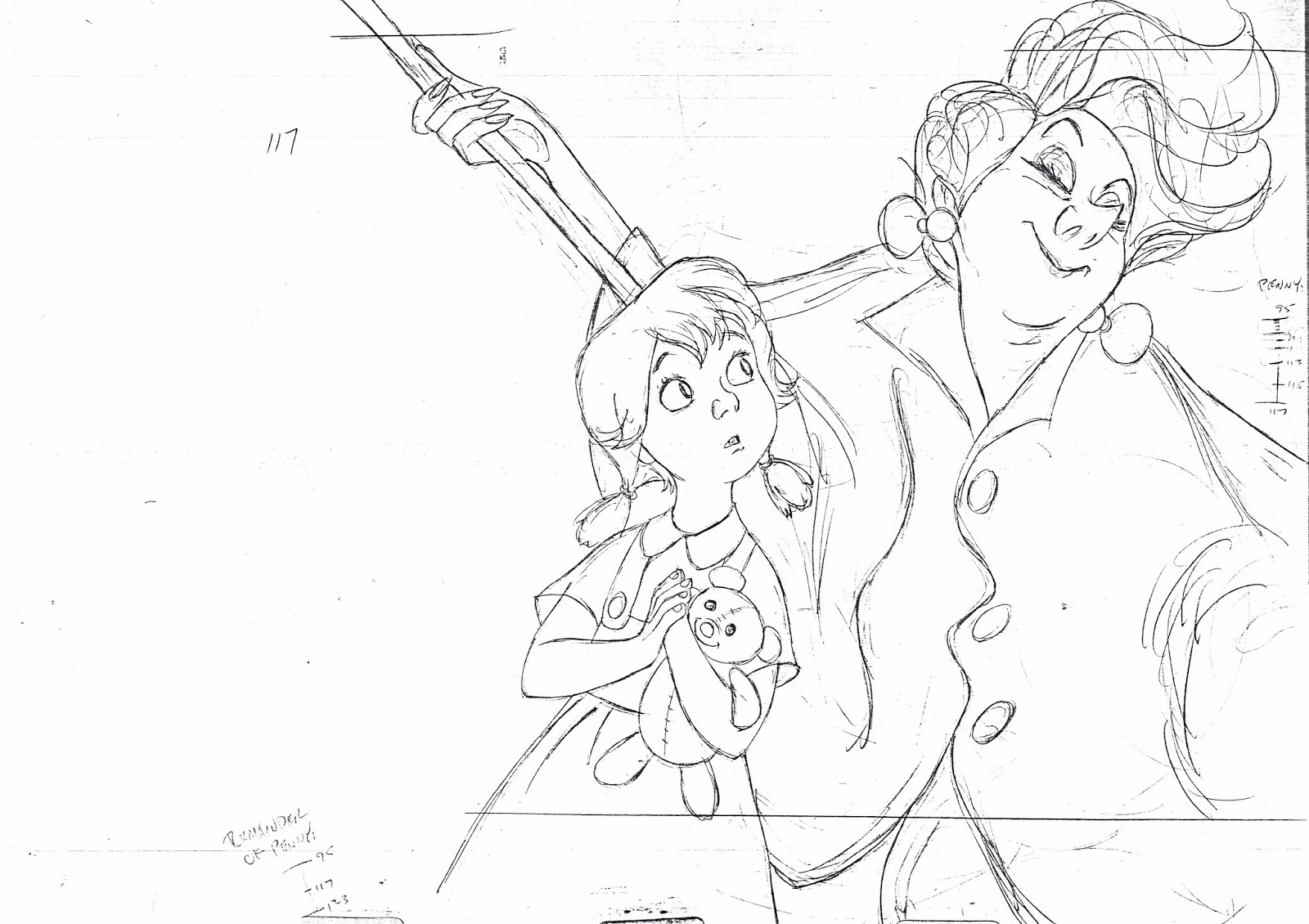 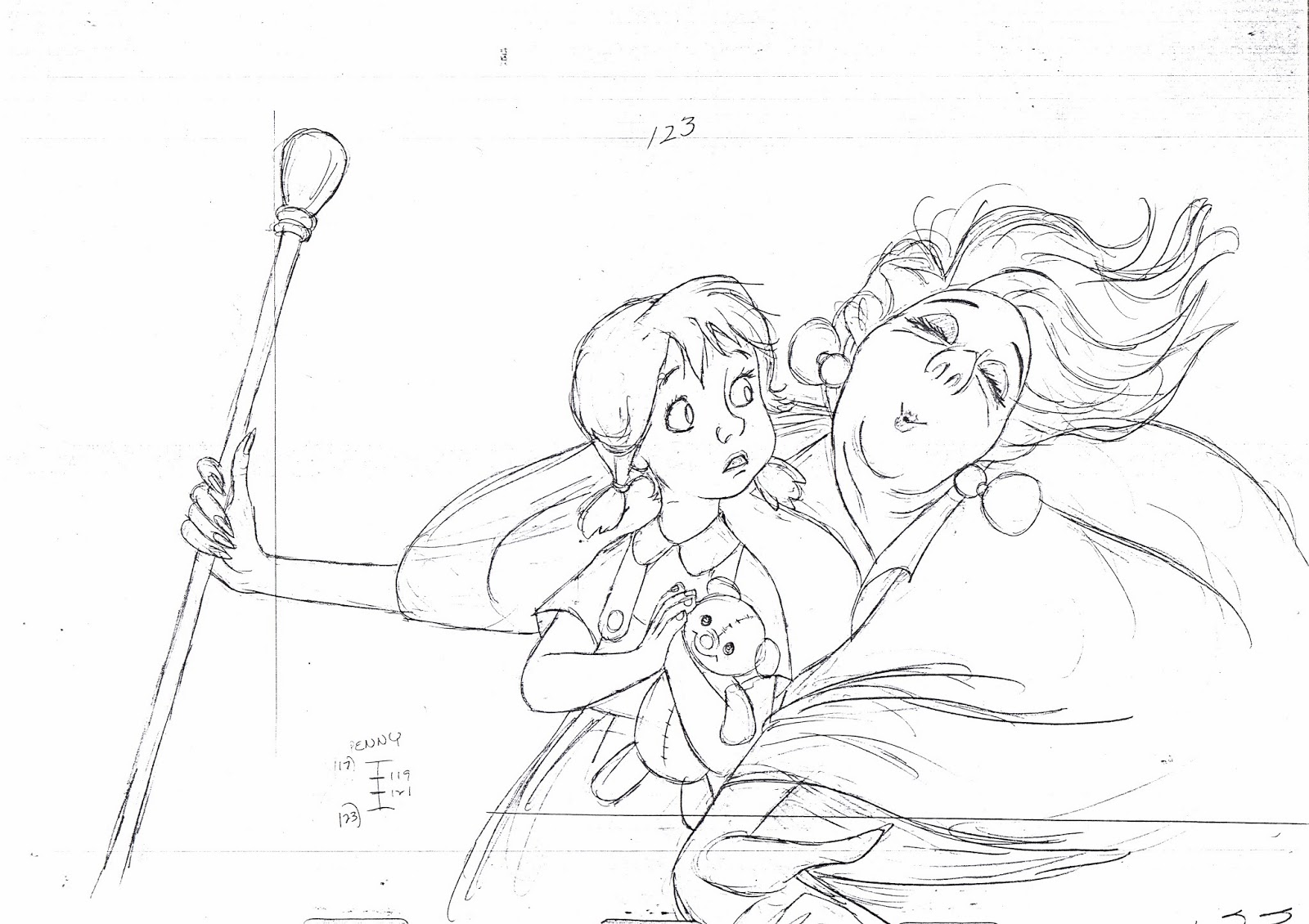 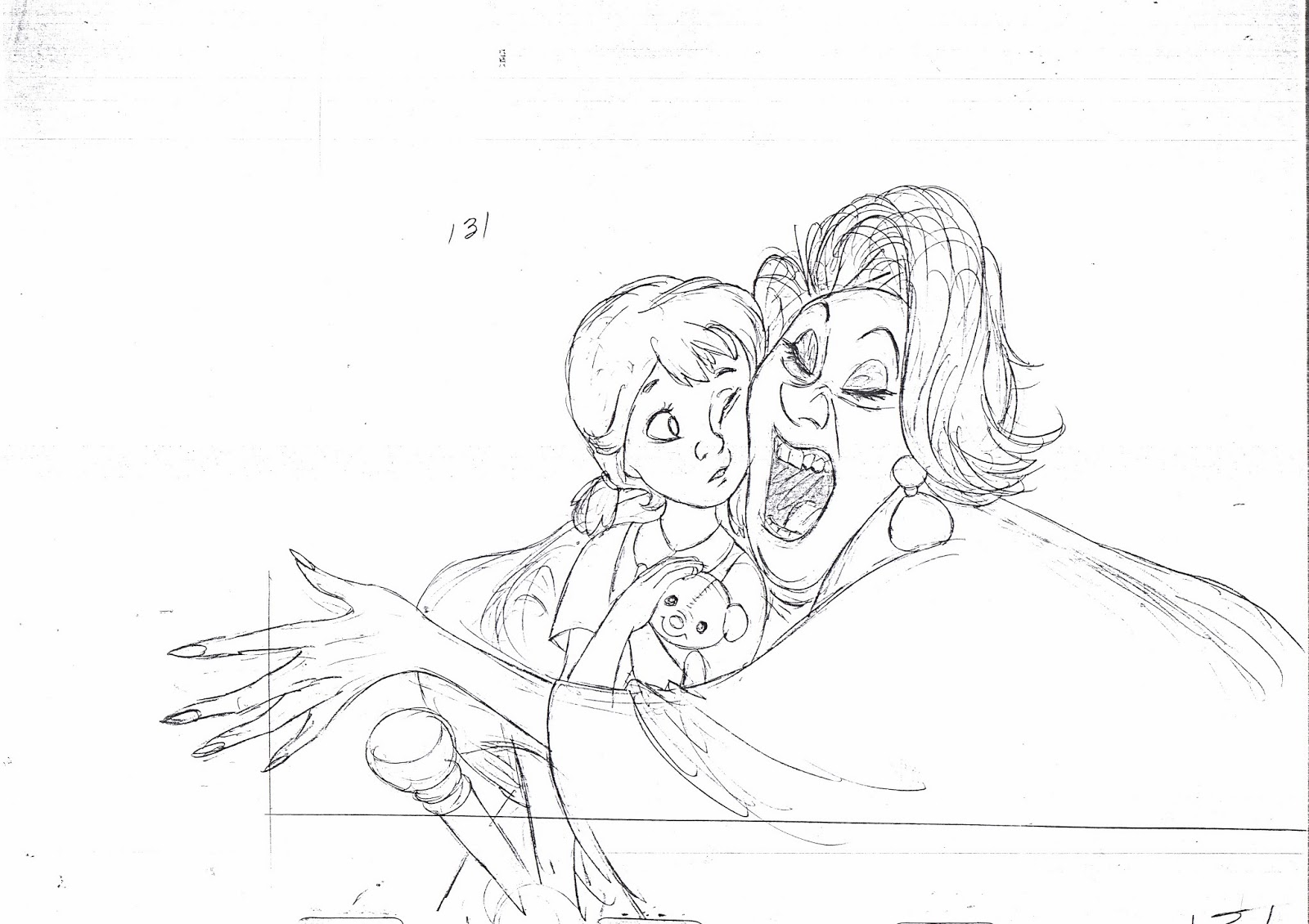 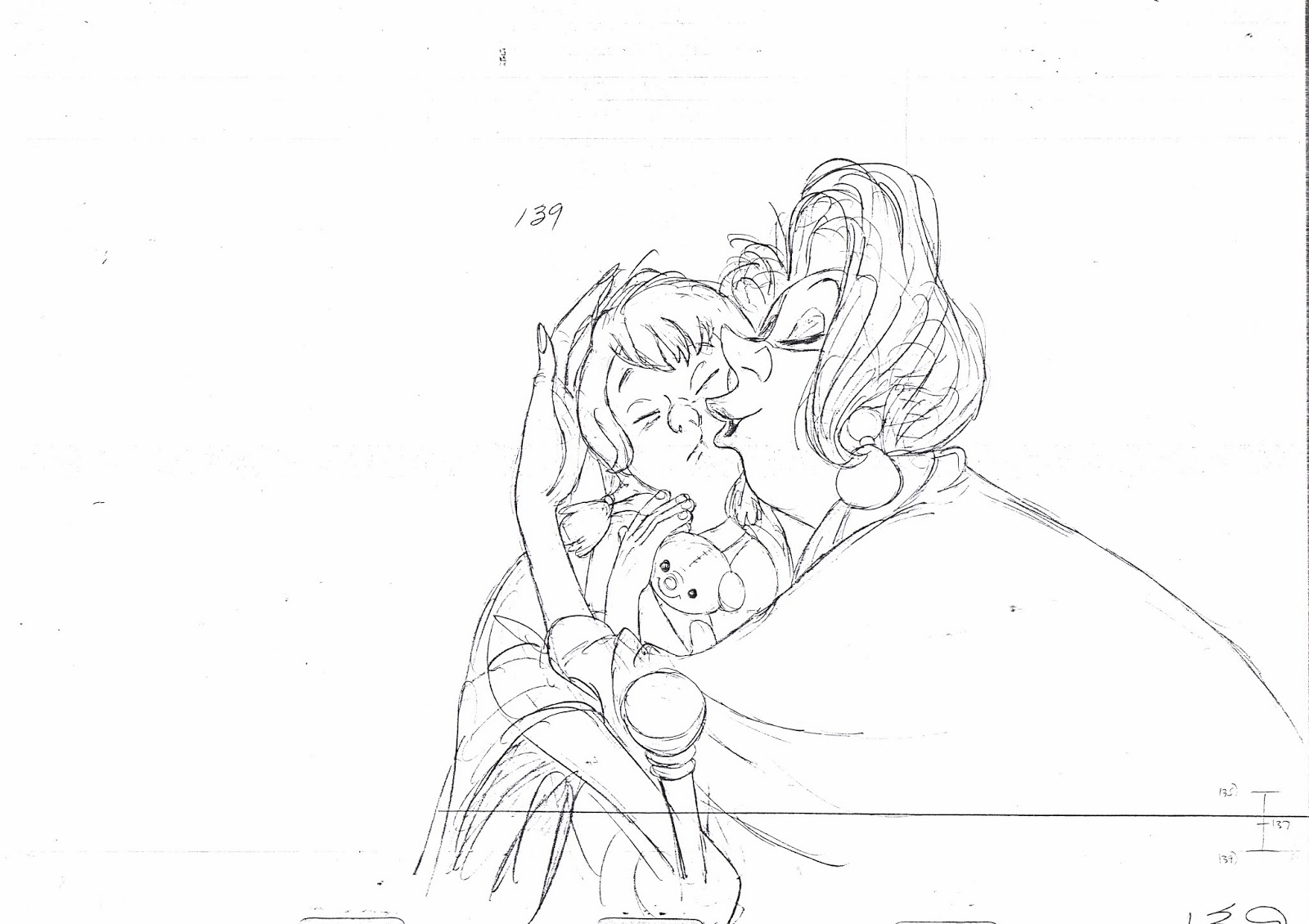 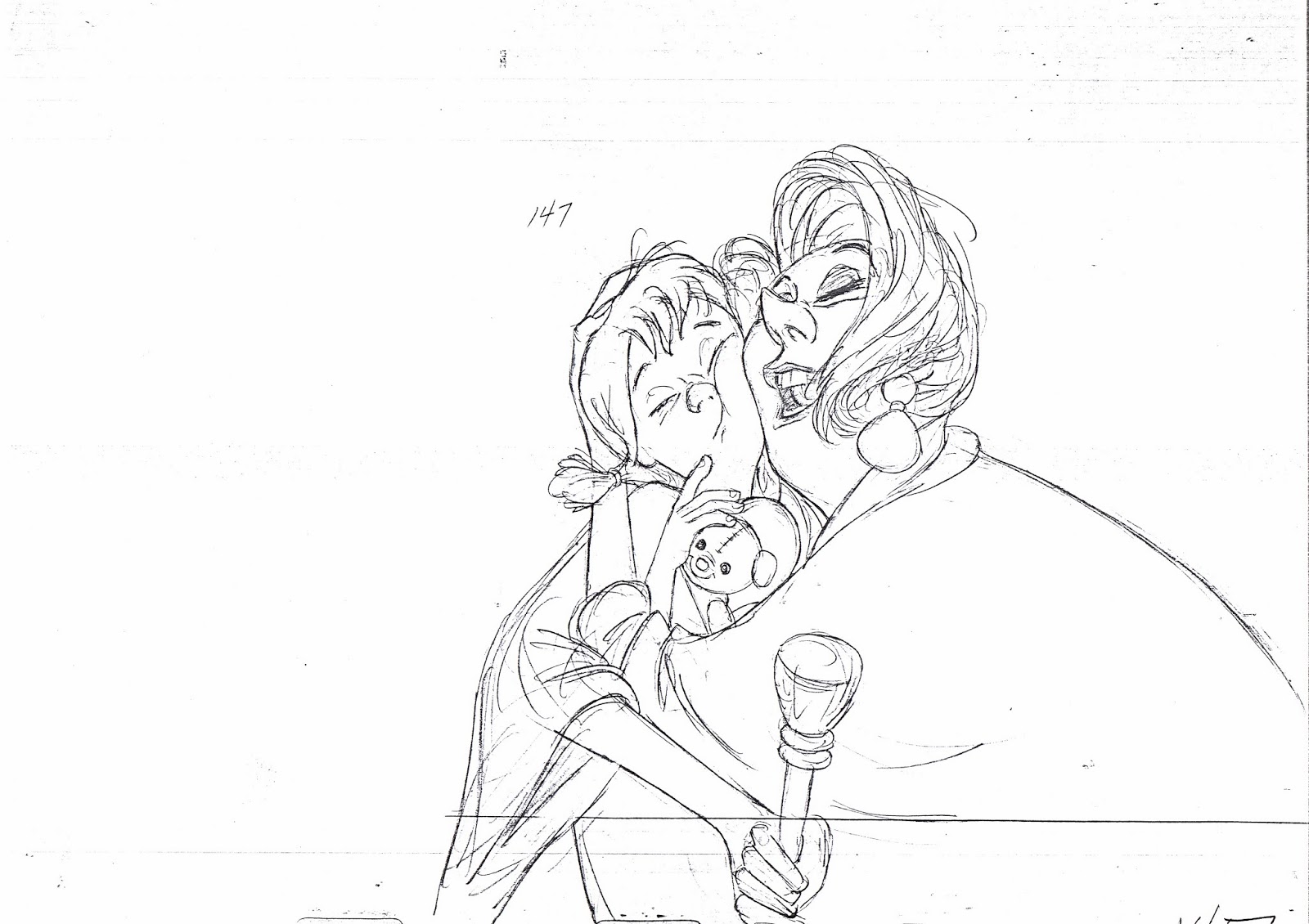 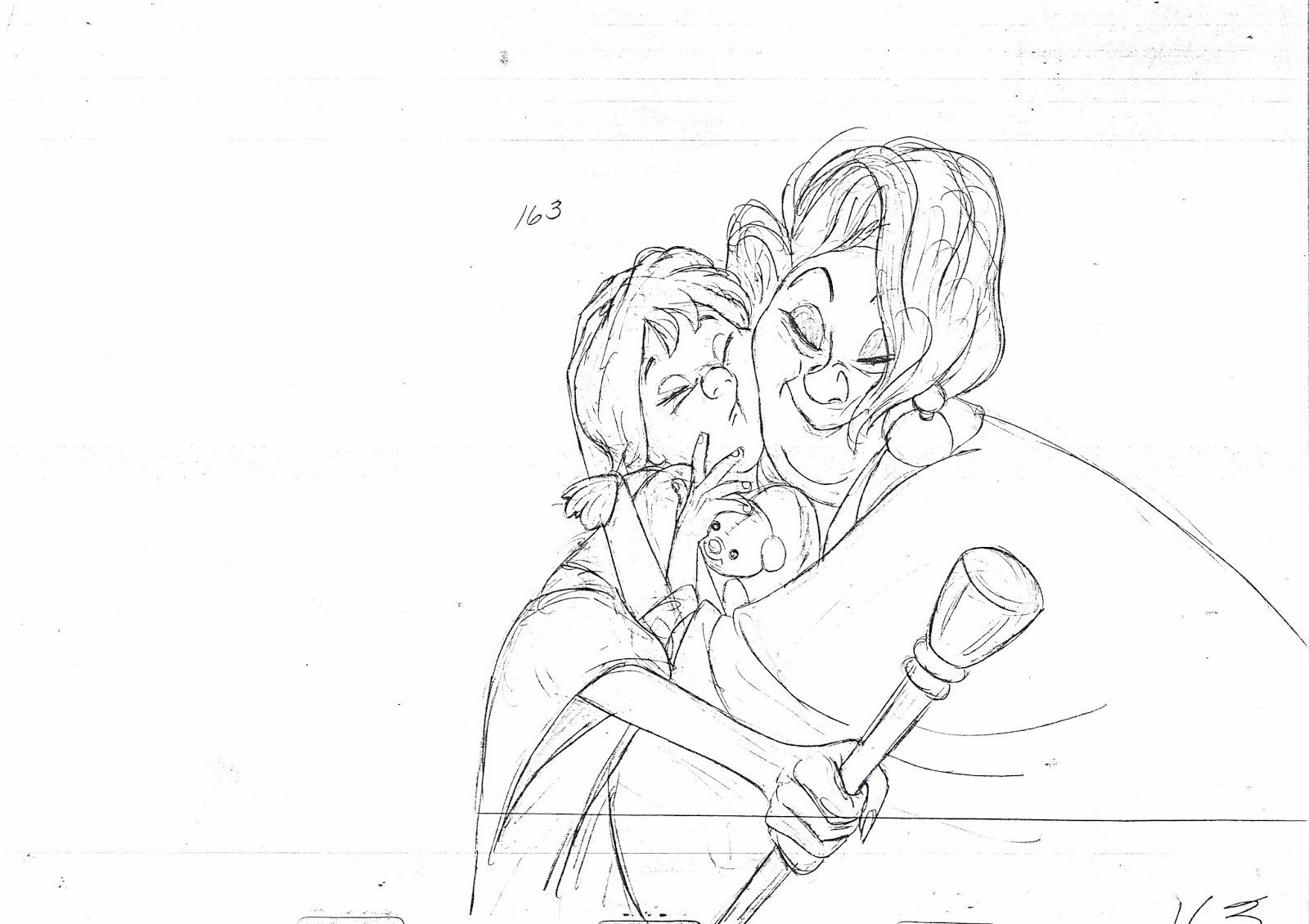 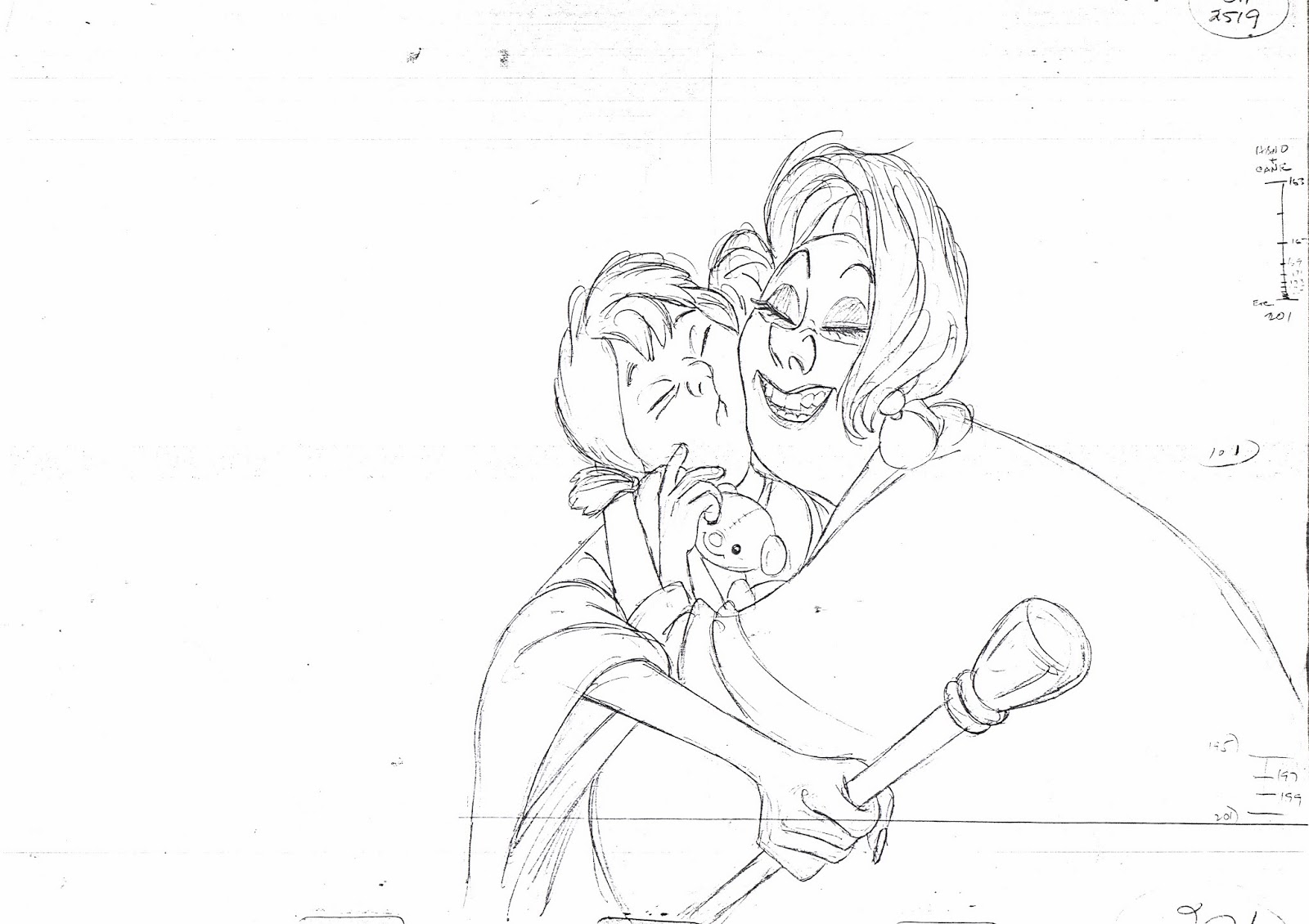 Milt liked showing soft skin when it gets in contact with something solid (in this case Medusa’s head). He once said, that he gets a kick out of seeing a nude in a Degas painting sitting on a hard surface like a wooden chair. It’s a chance to show contrast, the way flesh reacts to that surface.