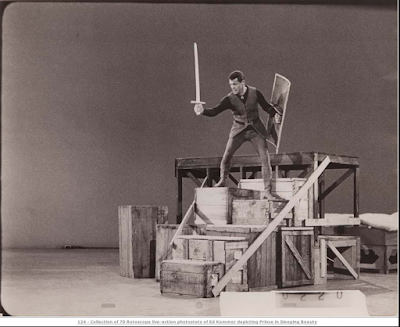 I posted about this dramatic sequence from Sleeping Beauty before. Here is some more material showing aspects of the production process.
Actor Ed Kemmer (1921 - 2004) acted out action scenes for animator Ken Hultgren, who drew most of the Prince footage, as he fights the growing thorns and the Dragon. 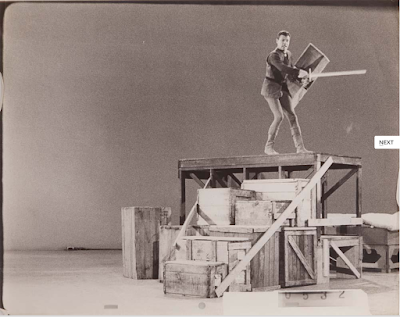 A number of scenes were animated with a variety of dragon designs, before the final appearance became finalized. Eric Cleworth animated most of the Dragon, but I am convinced that Marc Davis added some graphic strength to this character. Drawing # 21 looks very much like Marc's work. 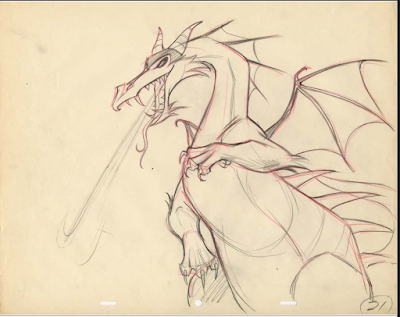 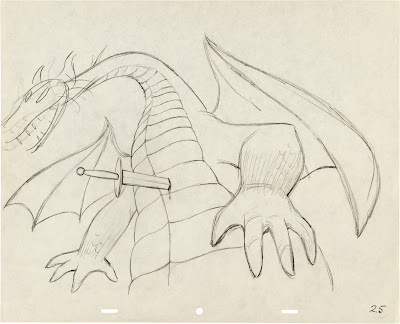 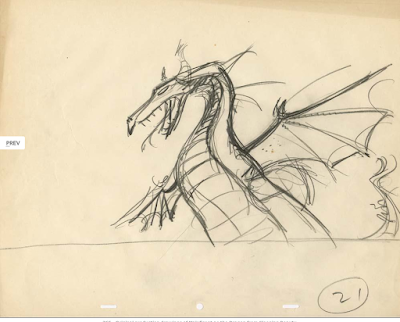 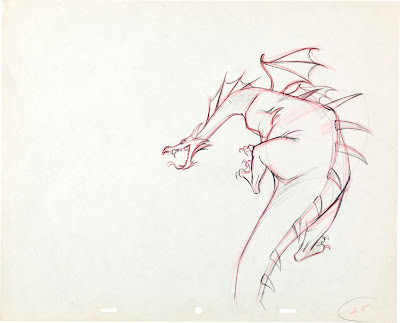 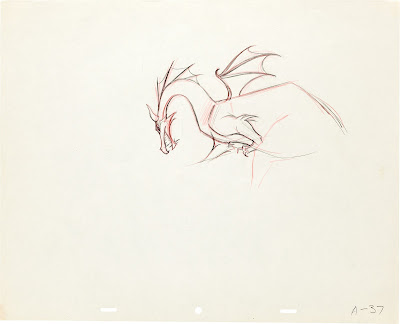 These are earlier posts on the same subject: