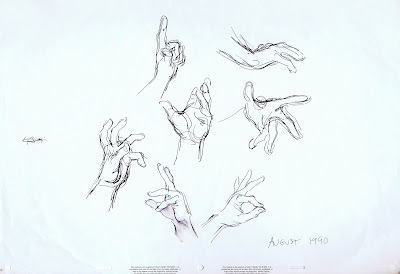 My teacher in art school told me way back: "Once you figure out how to draw hands well, once you know the bone structure and how hands work mechanically and emotionally, the rest of the human figure will come fairly easy to you!"
He had a point. Hands are very complex body parts, and it takes serious study to understand and appreciate their expressiveness.
In animation it's mostly head and hands working as a unit that communicate the character's emotions. The more comfortable you feel with hands being part of the acting the more successful your scenes will be.
I did these sketches above in preparation for Gaston, who needed to be handled with a fair amount of realism. But even if the style of the film is much more graphic and caricatured than Beauty & the Beast, I think it's always a good idea to research real hands as a basis to start from.

So let's take a look at how animation's master of linear hands Milt Kahl does it.
I made up these sheets of Brom Bones' arms and hands for inspiration and as research for Gaston. Since there is no shading in the drawings Milt makes every pencil line count. Even difficult positions are beautifully depicted, the anatomy is always spot on. Foreshortening, correct placement of fingernails and defining boney as well as fleshy parts, all that doesn't seem to be a problem for Milt at all. 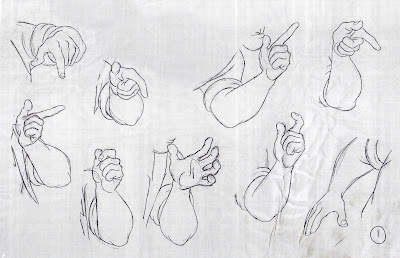 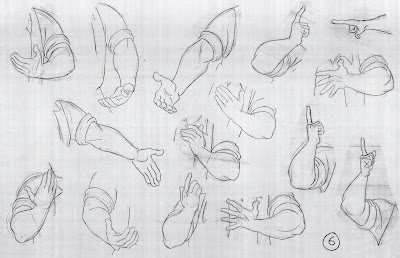 Years later for the characters of The Sword in the Stone Milt pushed the graphic style of hands much further. All those boney knuckles, wrinkles and flesh folds are a joy to study, because this is now sophisticated design. 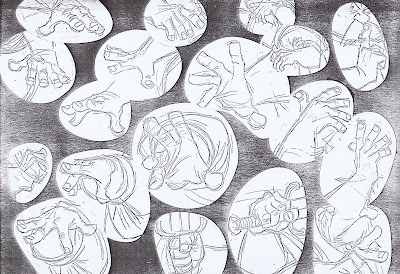 Ludwig van Drake's hands are much simplified, and the fingers maintain somewhat of a feathery look. 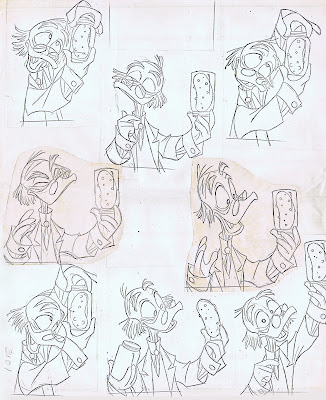 Medusa is about to grab the diamond from Penny, but before that she nervously opens and closes her hands in anticipation. These are the sketches of a master. The perspective just kills me. 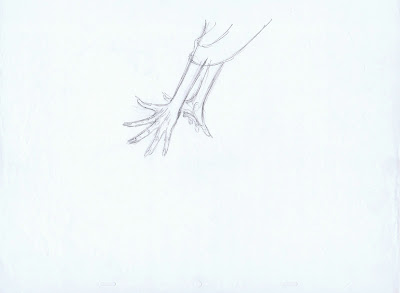 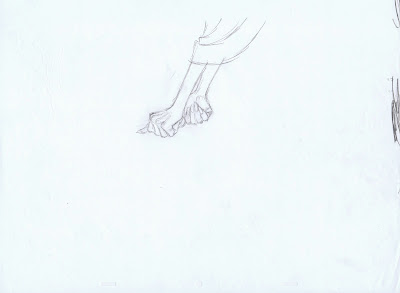 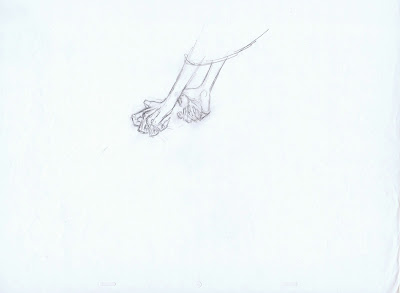 Now she has the diamond in her hands and moves it in front of her. Look at the brainwork involved in finding the best staging and design for this short scene. 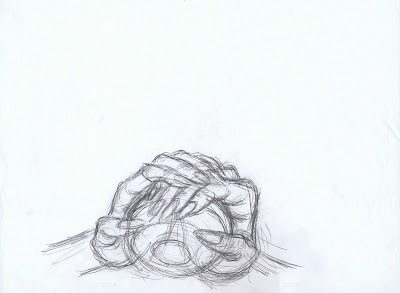 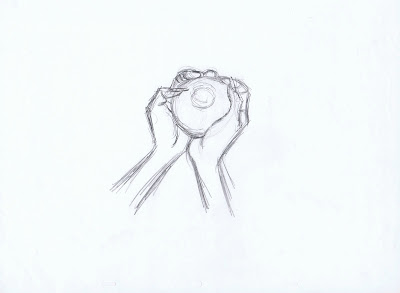