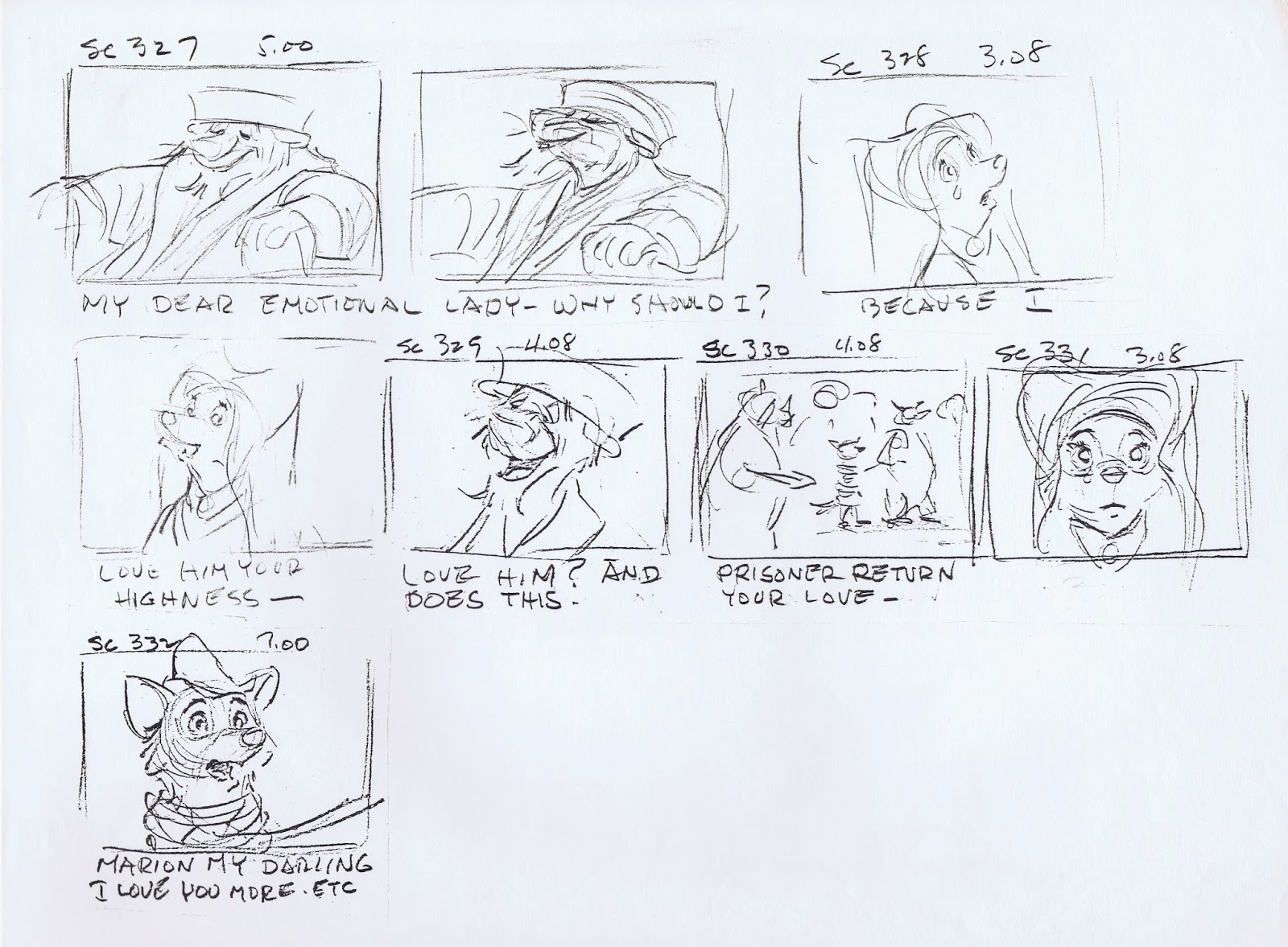 Ollie Johnston did a ton of animation for the film Robin Hood. His work includes the final section of the tournament. Ollie studied the storyboard, then reworked continuity, framing and personality business.
Here the stork has just been identified as Robin Hood, who gets arrested immediately to be executed. When Maid Marian begs Prince John for forgiveness, he sympathizes for a moment before angrily calling for Robin's head.
All the characters wee animated by Ollie, but when it came to drawing Robin Hood, Ollie had a few of his keys redrawn by Milt Kahl, who supervised the character. 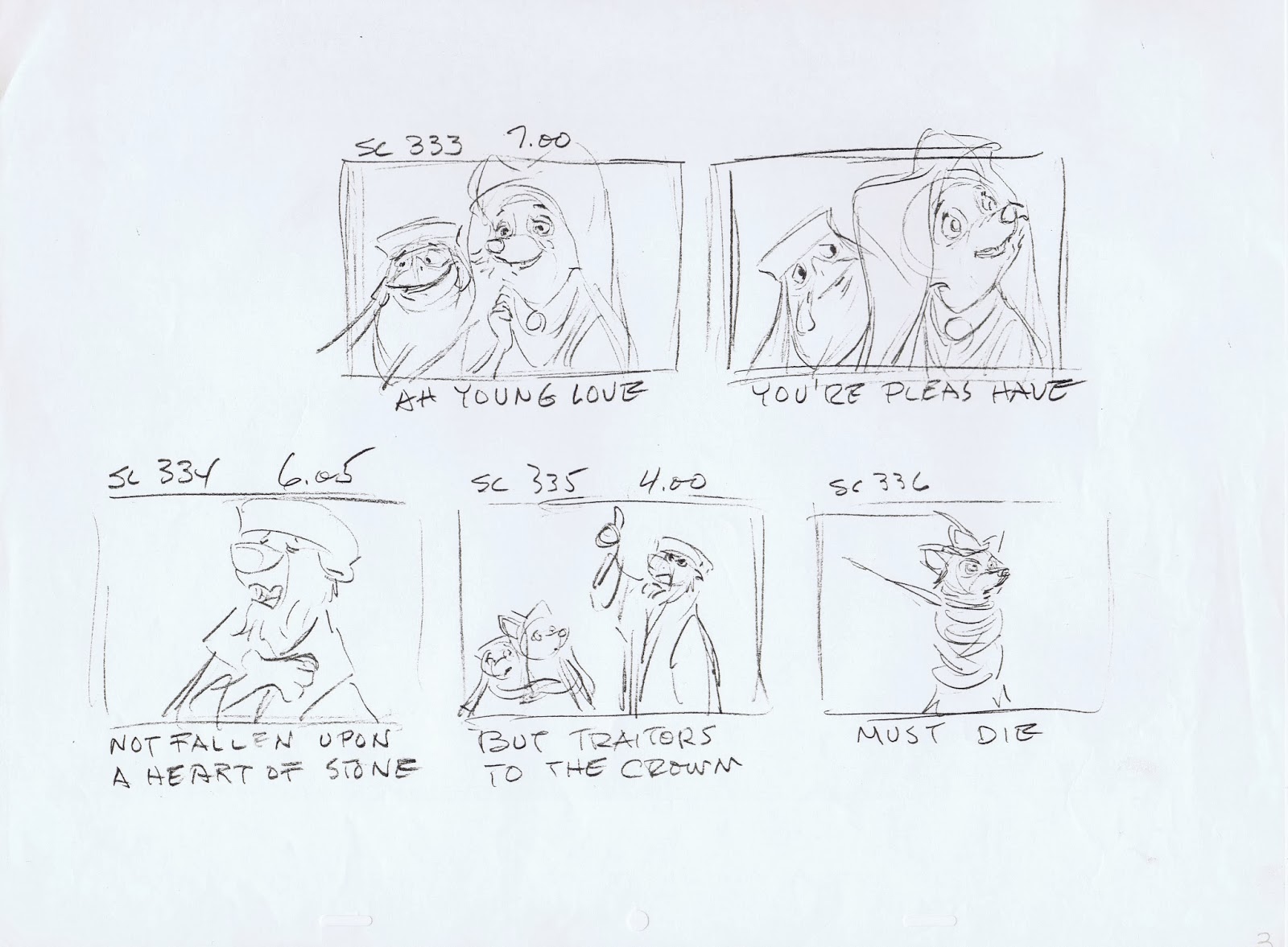 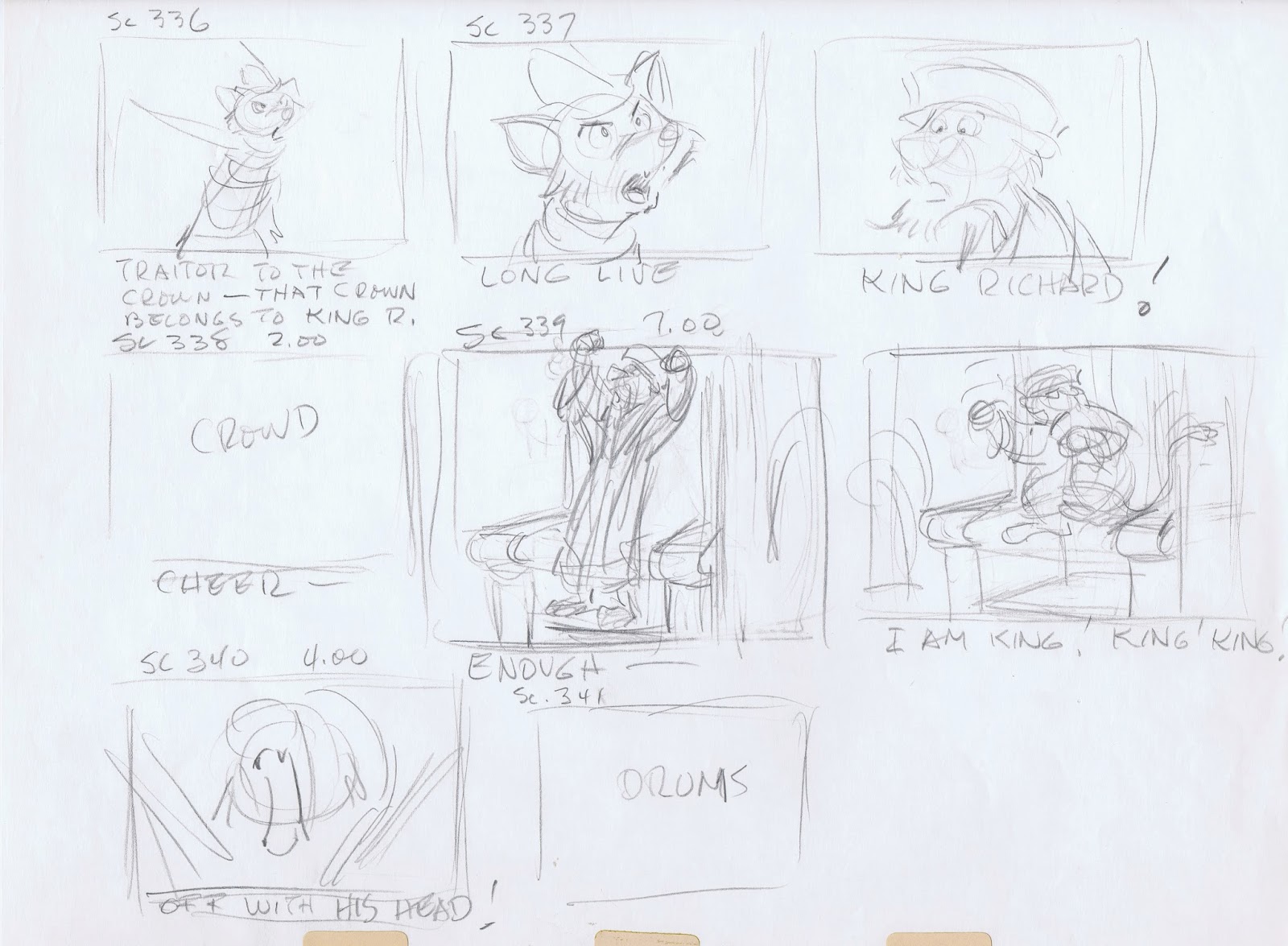 Milt drew these couple of beautiful drawings for scene 332. 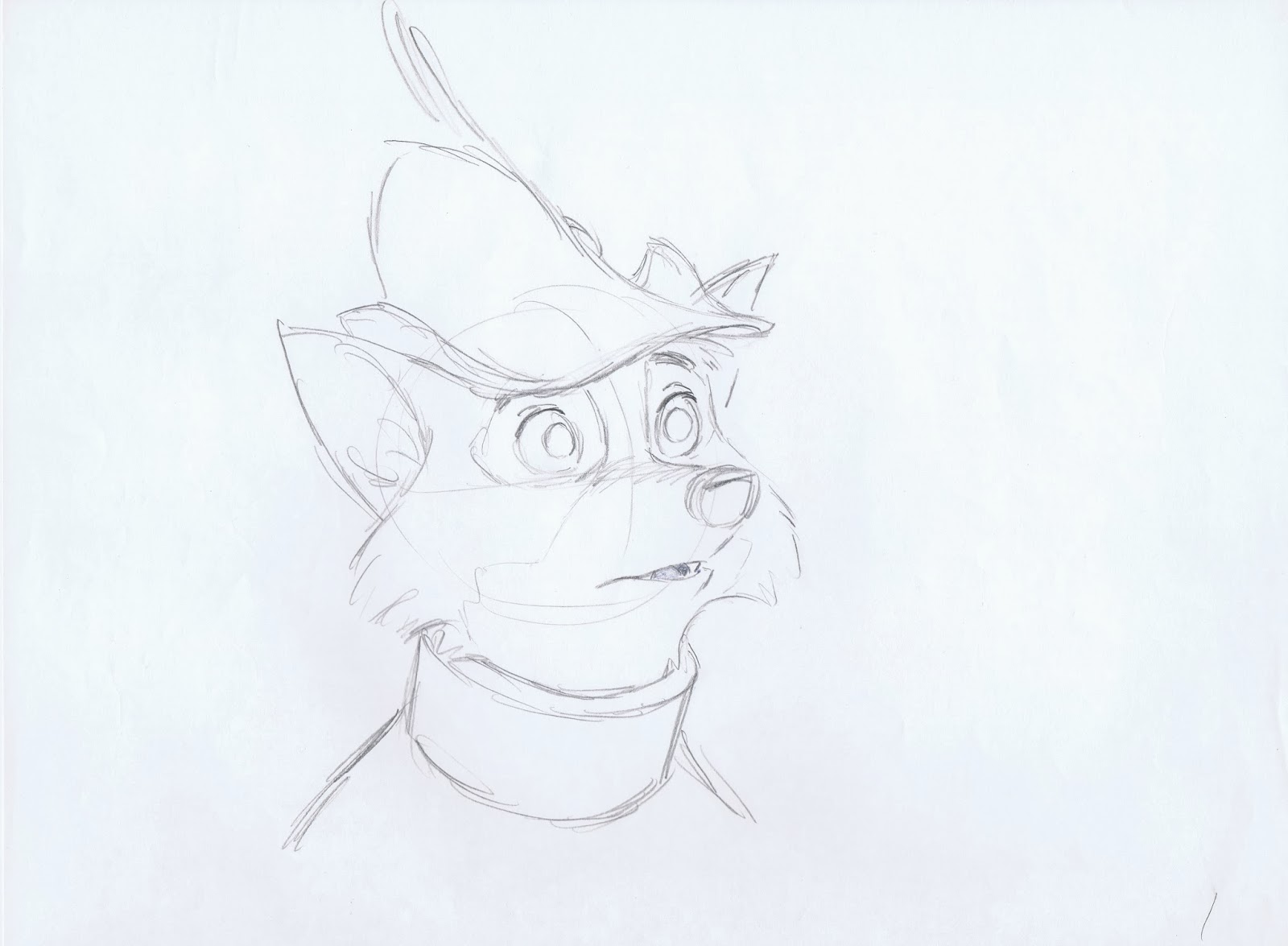 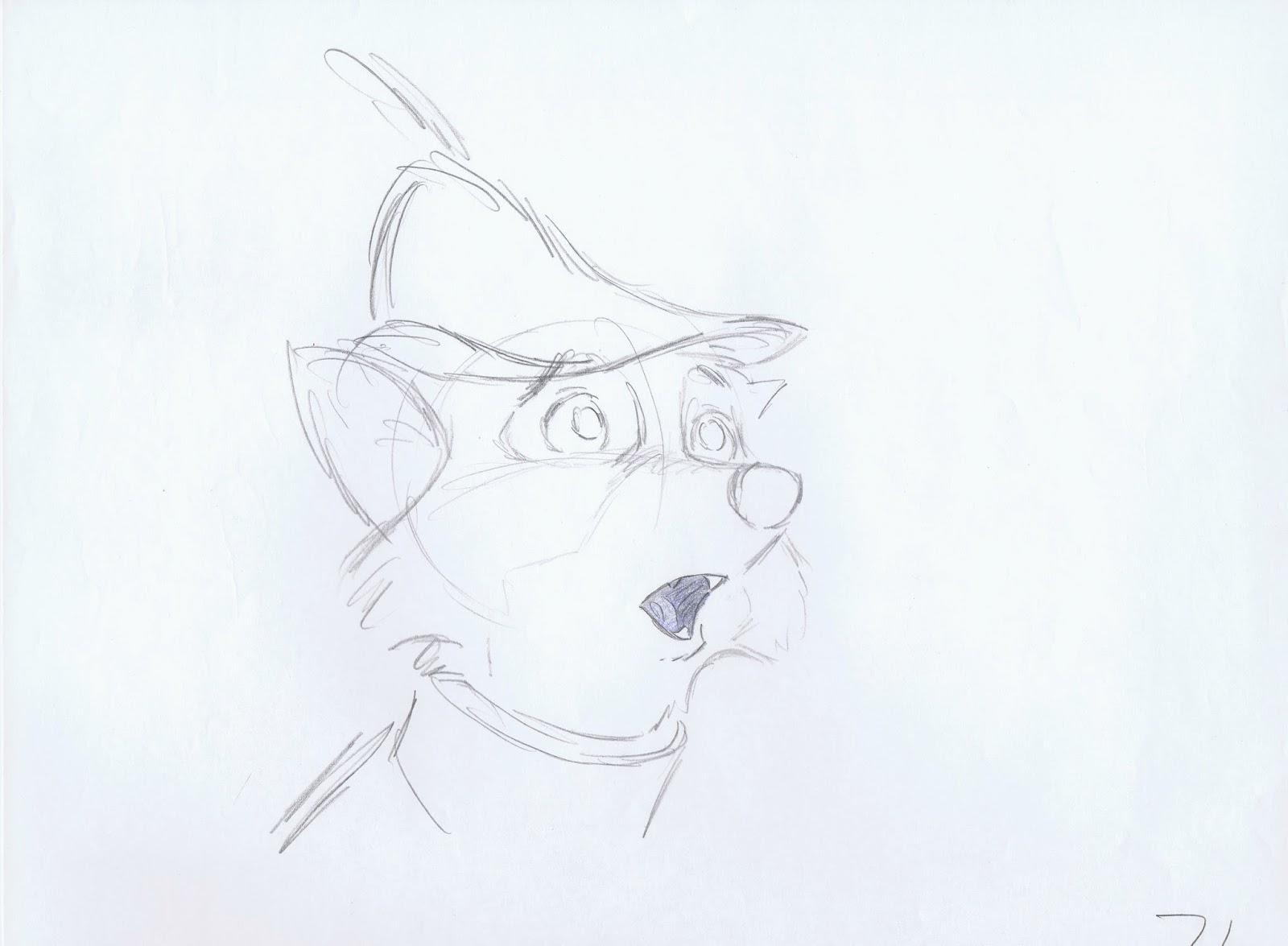 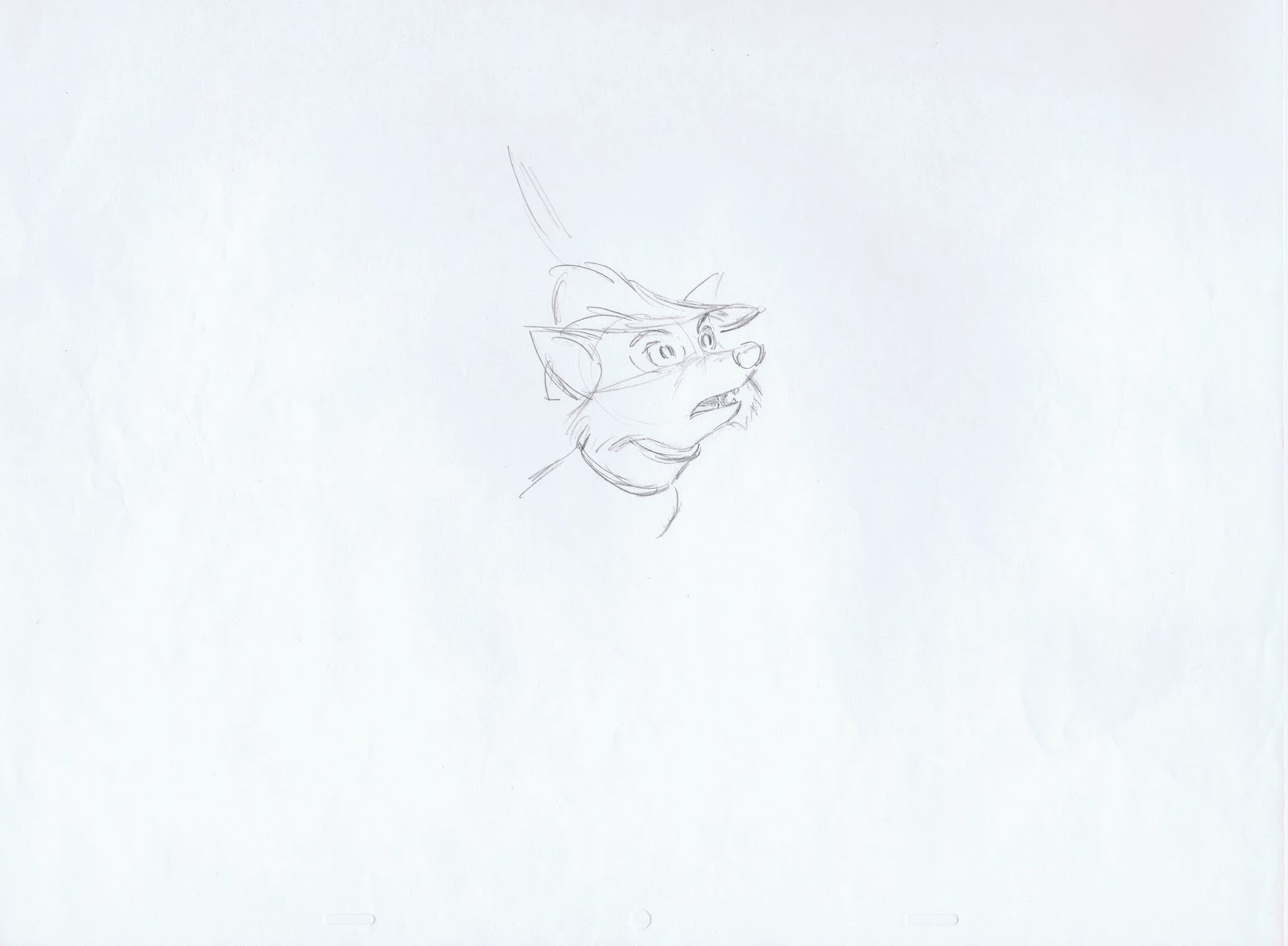 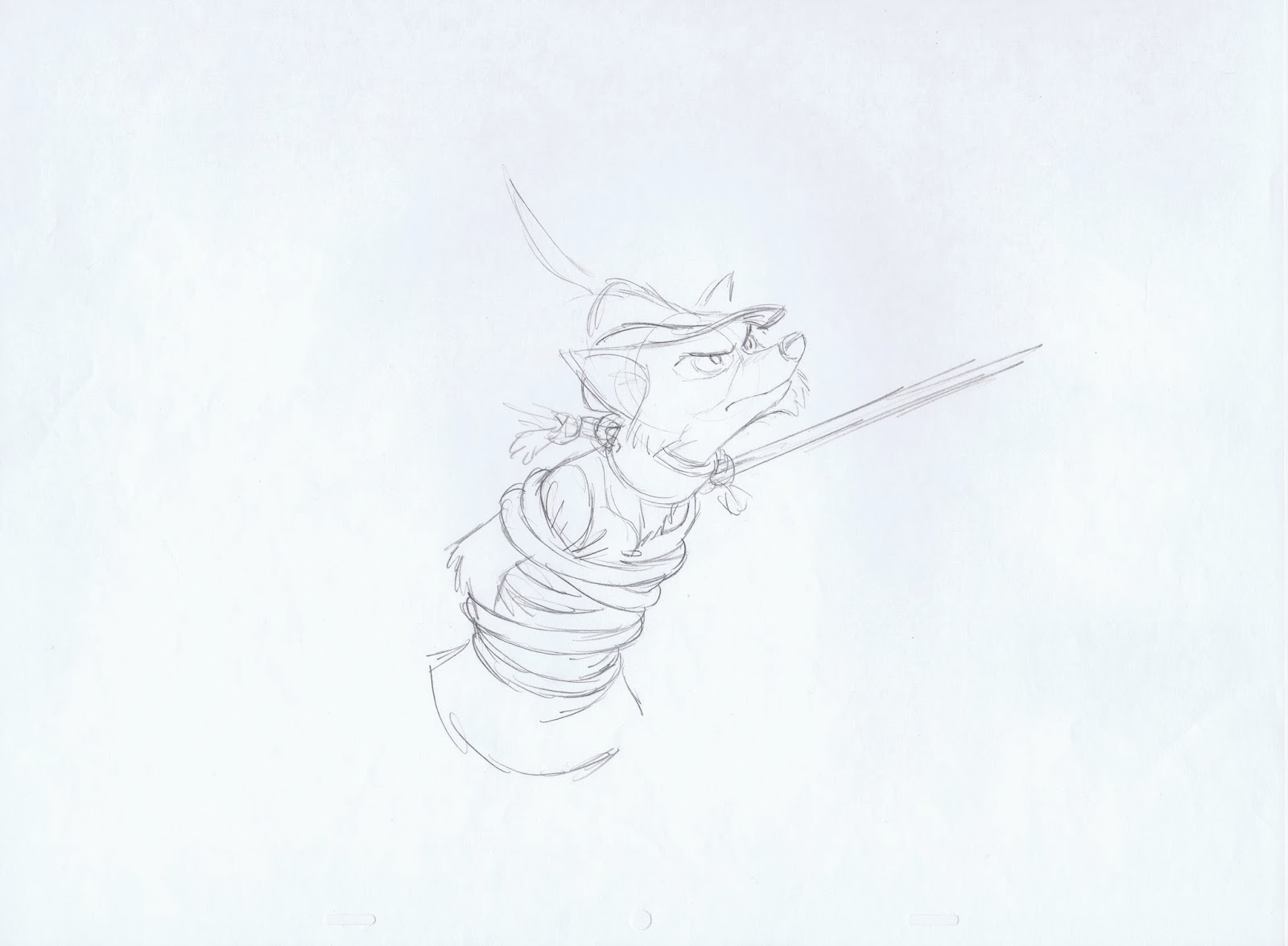 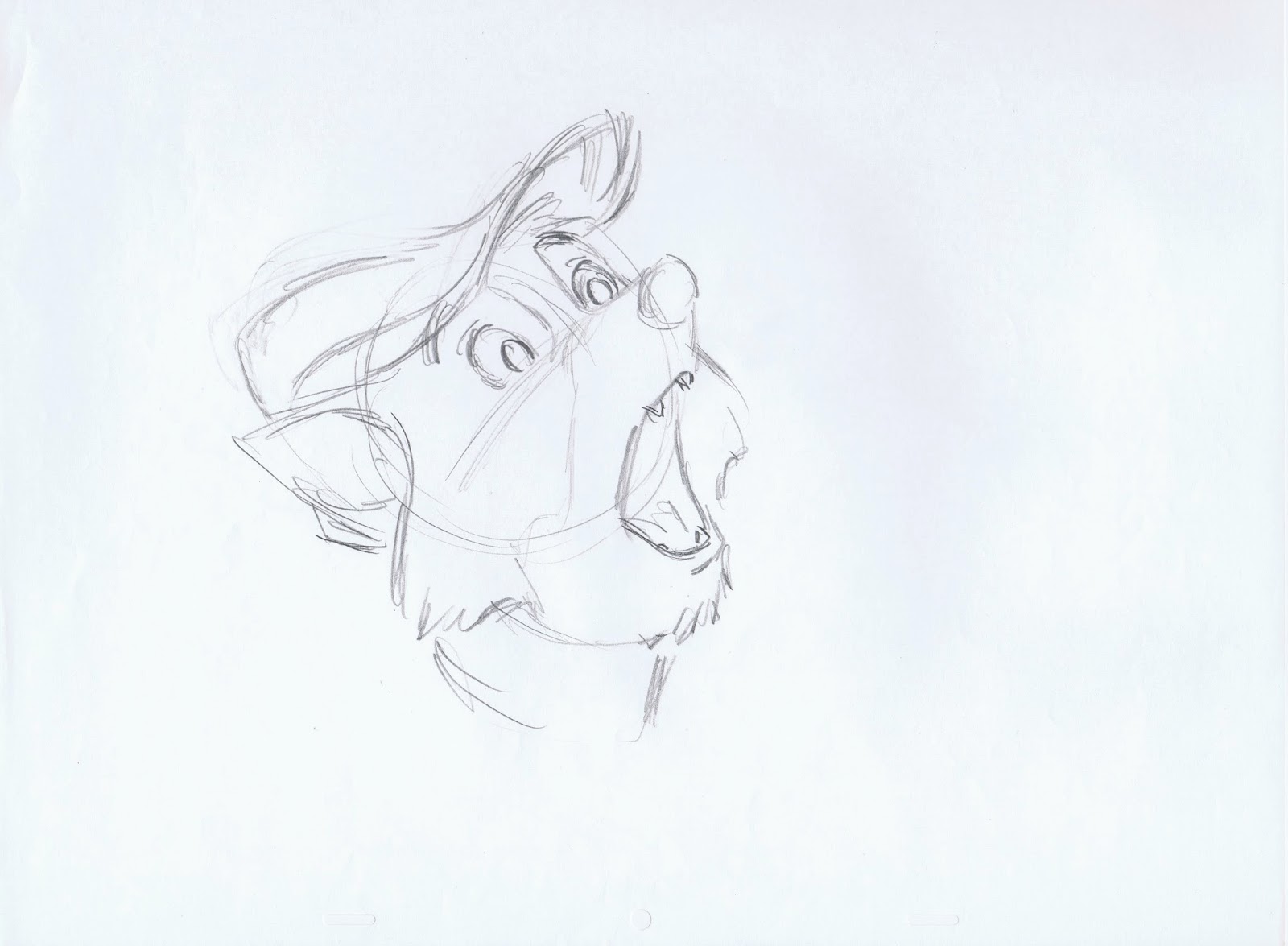 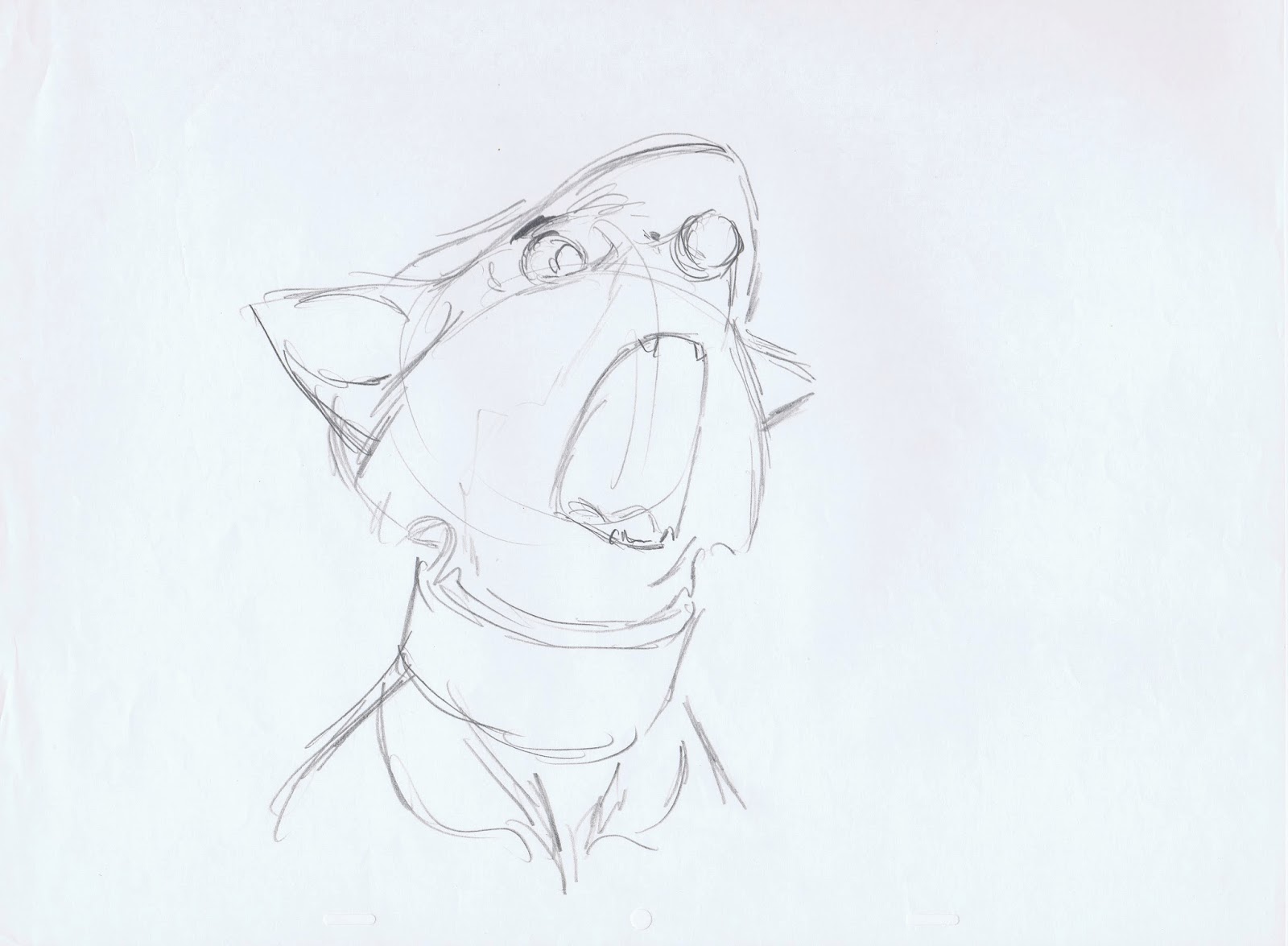 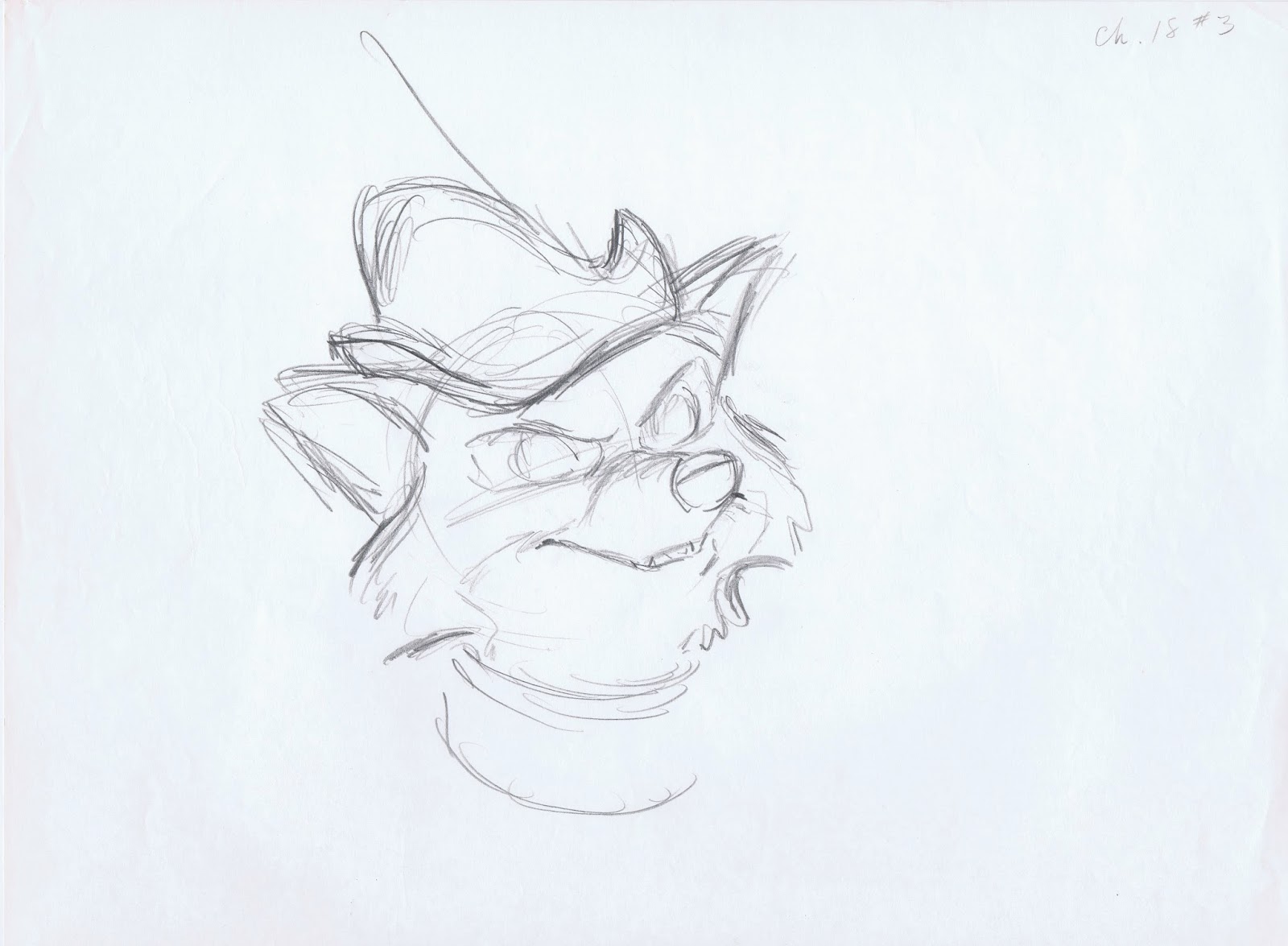 Milt of course didn't have the time to key all of Robin Hood's scenes. There are some inconsistencies in the way the character looks throughout the film, even Milt's own animation shows some irregularities due to model changes.

You might want to revisit Milt's extraordinary designs for the archery tournament characters: